You can grab vegan (and non-vegan!) pizza by the slice at this new spot on Commercial Drive

A new spot for pizza by the slice, with plenty of vegetarian and vegan options, has recently opened up in Vancouver.
Jun 12, 2018 9:43 AM By: Lindsay William-Ross

A new spot for pizza by the slice, with plenty of vegetarian and vegan options, has recently opened up in Vancouver.

The project of some pizza biz pros, Hustle Pizza Co. on Commercial Drive specializes in hot, fresh pizza by the slice, with a big focus on plant-based eating. 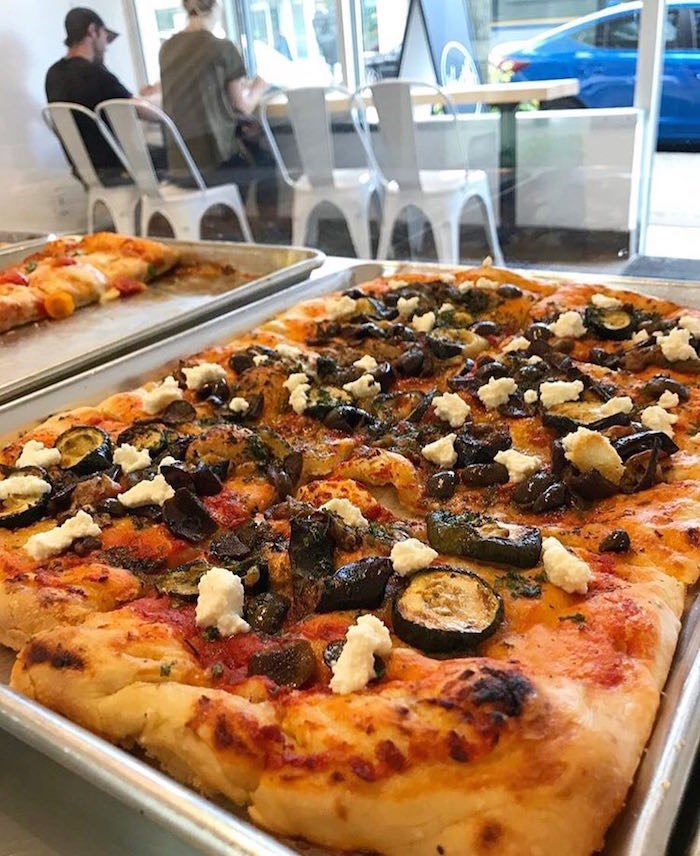 About half the menu is vegan, with the option of subbing non-dairy cheese on the vegetarian selections making the fully plant-based selection even more robust. That said, omnivores will also find plenty to enjoy on the menu, with classics like pepperoni and Hawaiian, of course.

Hustle makes things like their almond ricotta in-house, and they have an Urban Cultivator set up in the shop for growing fresh microgreens. Their scratch-made crust is goes through a two-day rise and is vegan-friendly, and they make their sauce, too, from fresh whole tomatoes. 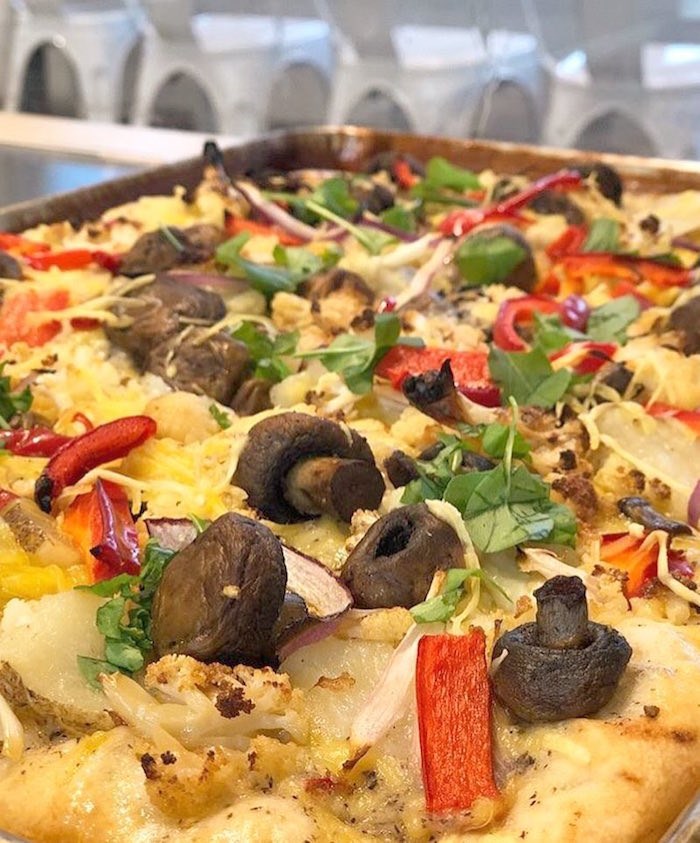 Hustle Pizza is located at 1110 Commercial Drive, in a space that was previously a MegaBite Pizza. They've hustled some tidy renos to brighten the spot, and opened up at the tail end of May.