Fans of those oh-so-fluffy Japanese soufflé pancakes will soon be able to do it for the 'gram at Gram, when the popular chain opens their first four Canadian locations here in Metro Vancouver.
Nov 26, 2019 1:19 PM By: Lindsay William-Ross 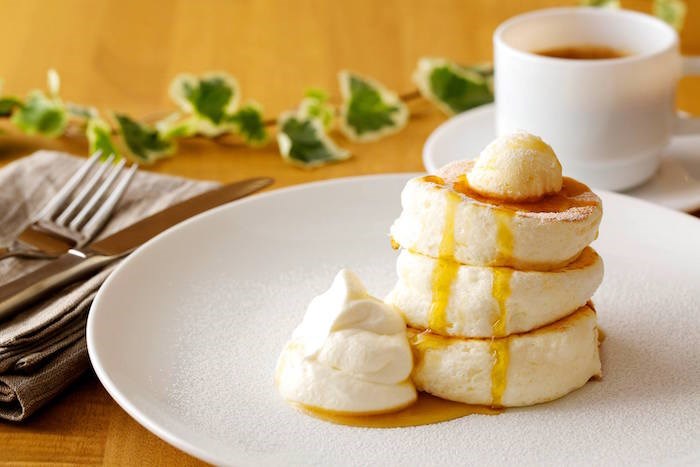 Gram Café is a Japanese chain that specializes in soufflé pancakes and other over-the-top breakfast dishes. Photo: Gram Canada/Facebook

Fans of those oh-so-fluffy Japanese soufflé pancakes will soon be able to do it for the 'gram at Gram, when the popular chain opens their first four Canadian locations here in Metro Vancouver.

Known for their Premium Pancake, the Osaka-based Gram chain has had a trio of locations in the works for the Vancouver area for several months now.

They announced first a location at 1284 Robson Street in Vancouver, followed by one on the first floor of Richmond's Aberdeen Centre, with a third outpost at 2145 W. 41st in Vancouver's Kerrisdale neighbourhood. While not shared to their social media accounts, the Gram Canada website also indicates they are planning to open at The Amazing Brentwood (4567 Lougheed Hwy) in Burnaby.

Gram makes just 20 orders of their signature soufflé pancakes available at three times during the day, and since they are made to order, you may have to wait a bit if you're among the lucky few.

We've reached out to Gram Canada to see how the progress stands at their four locations, and we'll update as soon as information becomes available.

High tea and happy hour are on the menu at this delightful modern restaurant in downtown Vancouver
Oct 1, 2020 8:30 AM