This news is sure to have fried chicken lovers clucking: Juke Fried Chicken has announced they are opening a second Vancouver location.
0
Jul 5, 2018 11:43 AM By: Lindsay William-Ross

This news is sure to have fried chicken lovers clucking: Juke Fried Chicken has announced they are opening a second Vancouver location.

The chill fried chicken spot will open in the West End at 1074 Davie Street, and the crew says they are hoping to open later this summer. 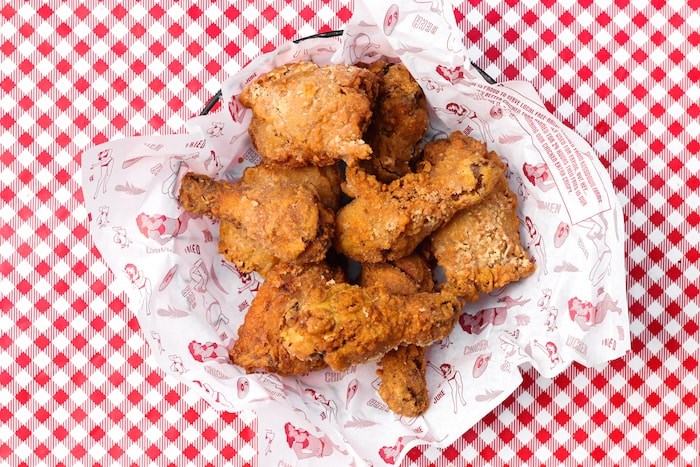 Known for their finger lickin'-fantastic fried chicken, ribs, sides, and cocktails, Juke plans to serve up their signature southern-inspired menu at the new spot, much like at their Chinatown original, which launched in 2016.

One of the coolest things about Juke's juicy, crunchy chicken is that it also happens to be totally gluten-free--such a huge bonus for those who otherwise have to skip the dish when flour is used.

The new location will be fully-licensed and counter service, and will be open for lunch and dinner seven days a week. As a sweet bonus, they'll also serve up weekend brunch.

The timing is impeccable, as July 6 is "National Fried Chicken Day." To celebrate,  Juke is featuring a Fried Chicken Sandwich special at its original location at 182 Keefer Street. Starting at 11 am, you can get the sandwich for a steal--$3 a piece for dine-in or take out. That's more than half-off!

Made with their buttermilk-marinated fried chicken, the sandwich is served with BBQ sauce and slaw, and comes in regular and spicy versions.

We'll get more info about the second location's full menu, and you can keep updated on the progress of Juke #2 by following them on Instagram.