Meetrice noodle, which has over 500 locations in China, specializes in Yunnan-style noodles, also known as “crossing-the-bridge” noodles, where the broth and noodles are served separately.
0
Sep 20, 2019 9:27 AM By: Richmond News 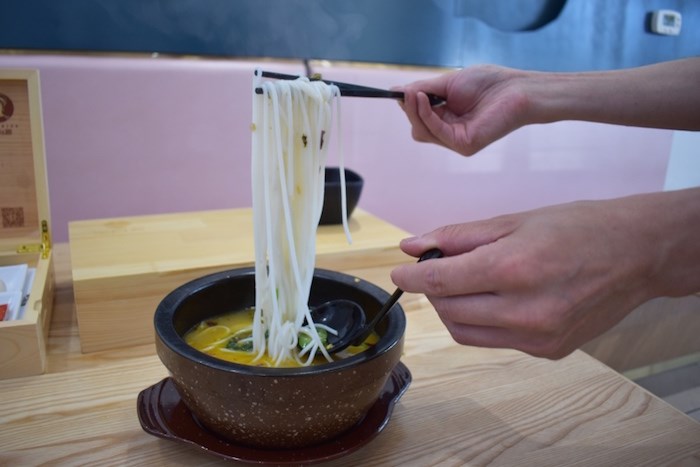 Meetrice noodle, which has over 500 locations in China, specializes in Yunnan-style noodles, also known as “crossing-the-bridge” noodles, where the broth and noodles are served separately.

Now, the restaurant is making its entry into Richmond with a site at Venezia Place.

The chain is known for its chewy and slippery rice noodles, which were once listed as an intangible cultural heritage in China, said Gary Chen, the restaurant’s owner. 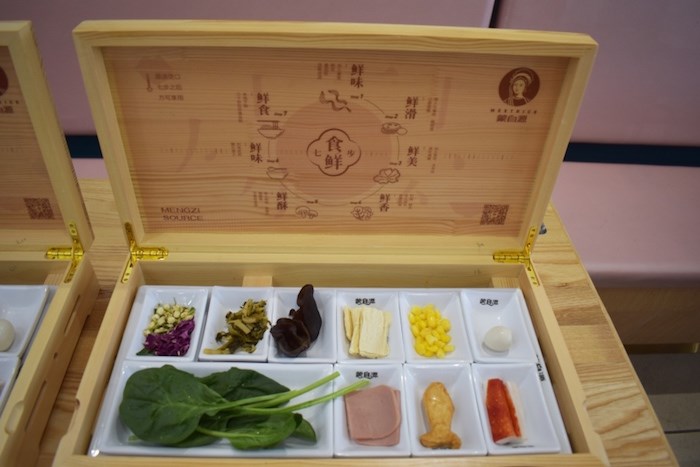 Ingredients you can add into the noodle soup. Photo by Nono Shen/Richmond News

“Crossing-the-bridge noodles have an over 100-year history in China,” said Chen, adding that “if customers choose to eat at the restaurant, they (can) have access to unlimited rice noodles for free.”

The restaurant chain is also known for its broth, which is made with pork bone and chicken meat. And the soup is served boiling hot while the other ingredients, including veggies, proteins, and condiments, are brought to the table separately on the side.

Diners can build their bowls by adding “toppings” and cooking them in the broth within several minutes, similar to Chinese hot pot.

According to Chen, the decision to open a local branch of the famous chain was to bring the taste of the most well-known dish from southwest China’s Yunnan to food lovers here.

“I visited Yunnan province in China many years ago, and I couldn’t get the beautiful scenery and the delicious regional food out of my head,” Chen said, adding that “after talking with my business partner Andy Lin, we all agreed that we could open a rice noodle restaurant here.”

“Although we couldn’t show everyone the beauty of Yunnan, we could still introduce delicious cuisines from Yunnan to here,” said Lin.

Meetrice is located at 1080-8580 Alexandra Rd in Richmond