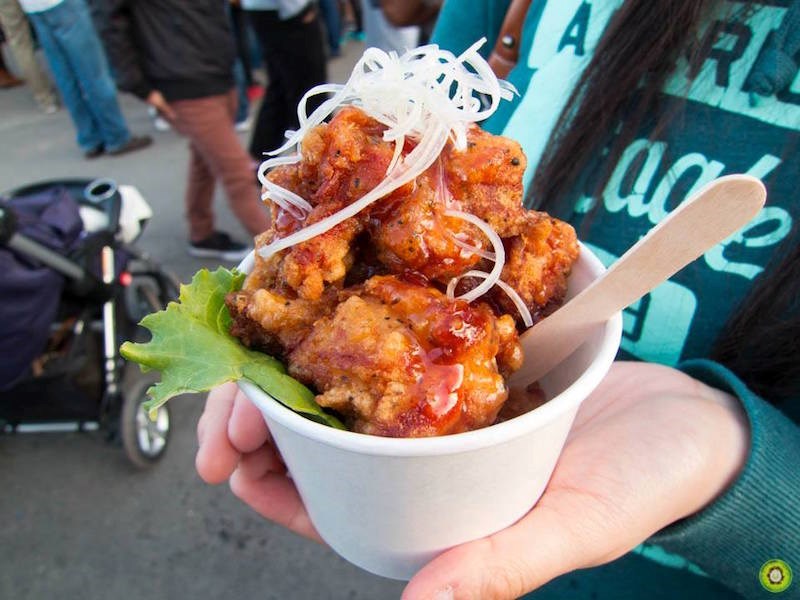 For seven years you could find Mogu Japanese Street Eats' food trailer parked and serving up the goods in downtown Vancouver. But they've since given up their spot at Howe and Dunsmuir, and are instead prepping their return with a bricks-and-mortar location on The Drive.

Mogu is gearing up to move into 1012 Commercial Drive, in the space that was previously Skylight, a casual Chinese-Canadian diner that closed down last fall.

Currently in the hiring stages, Mogu will launch as a casual dinner-only izakaya-style restaurant, serving up Japanese small plates. The restaurant has been in the works for several months, but now is tracking for an August opening

While the restaurant can seat 34, Mogu says due to COVID-19 restrictions, they will open with reduced capacity. Plans are to launch with all-day service six days a week, likely from 11:30 a.m. to 9 or 10 p.m. daily.

When they were up and running their food trailer, Mogu specialized in fare such as sweet and spicy fried chicken, rice bowls with beef or fried chicken, and sandwiches (such as pork katsu or chicken teriyaki).

Based on their Instagram hashtags, looks like we'll for sure be seeing some fried chicken at the re-emergence of Mogu. Follow them on IG for updates.

This story was first published on Jan. 6, 2020 and has since been updated with new information