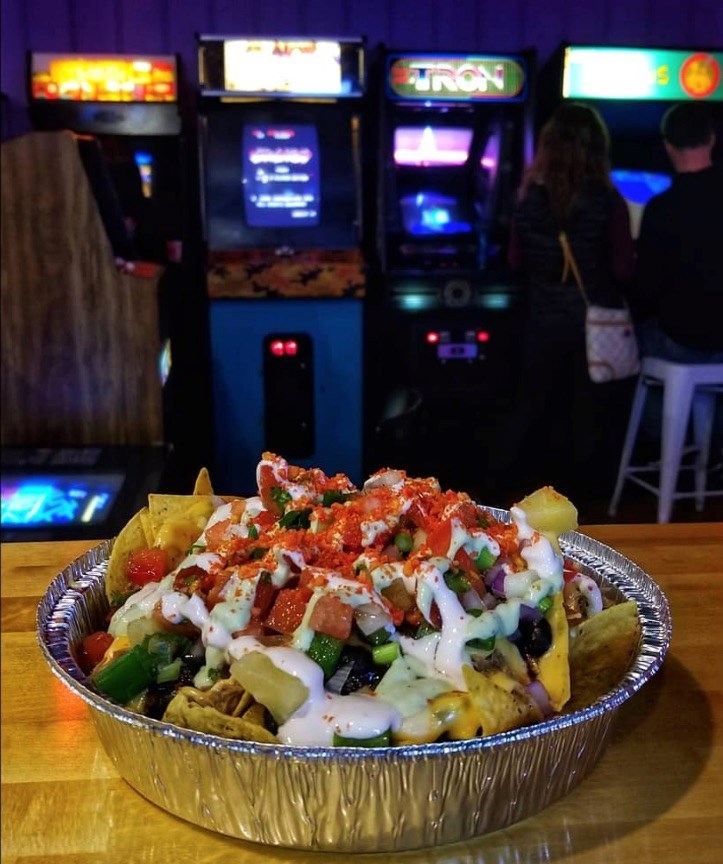 The nacho bar at Capital City Classic Arcade might be the only one in Metro Vancouver. And it's likely the only 'restaurant' that uses just Instant Pots to cook. Photo: @capcityarcade/Instagram

No commercial kitchen? No problem.

Capital City Classic Arcade is home to what may be the region’s only nacho bar.

“We don’t know of anyone else doing anything like that,” said Brad Eyers, who owns the New Westminster arcade with his wife Maryanne. “We know of one in California.”

While it’s been a longstanding dream of Maryanne’s to operate a nacho bar, the Eyers only learned of one actually existing when they visited southern California last year and found one that had just opened.

“I couldn’t even tell you how many combinations there are,” Eyers said. “You just pick and choose.”

Everything from the sauces to the salsas and pico de gallo is made from scratch, Eyers said.

Although the business doesn’t have a commercial kitchen, it’s found an innovative way of cooking food for the nacho bar.

“All of the hot stuff – all of our meats and cheese sauces – are all made in Instant Pots,” Eyers said. “Fraser Health said they were waiting for someone to try and operate a restaurant with Instant Pots. So far, it’s been working great.”

Because food is cooked in Instant Pots, the popular brand of electric pressure cookers, Eyers didn’t have to spend $50,000 to outfit the space with a costly ventilation system.

If and when the arcade gets a liquor primary licence, it will provide a full menu.

“On top of that (nacho bar) we are going to have a bunch of appetizers, which mostly will entail the same ingredients, just in different forms,” Eyers said. “Then we will probably have dessert nacho.”