Canada's new food guide does away with food groups and portion sizes, focusing instead on broader guidelines that include eating more plant-based protein and drinking more water.
0
Jan 22, 2019 10:17 AM By: The Canadian Press

Canada's new food guide does away with food groups and portion sizes, focusing instead on broader guidelines that include eating more plant-based protein and drinking more water. 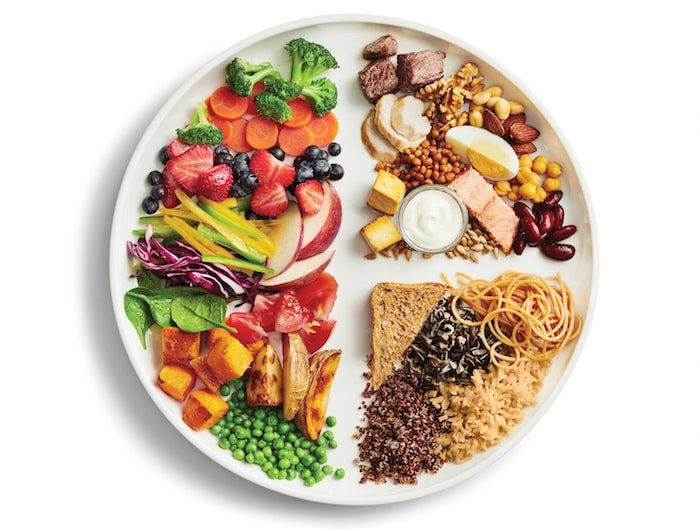 Hasan Hutchinson, director-general of nutritional policy and promotion at Health Canada, said an online, mobile-friendly suite of resources has been developed to meet the needs of different users including the public, policy makers and health professionals.

"The guide continues to provide advice on what to eat, but now it also emphasizes that healthy eating is more than the food you eat," Hutchinson said.

Canadians should eat vegetables, fruits, whole grains and should choose plant-based proteins — such as legumes, nuts and tofu — more regularly, the guide says.

It also stresses that Canadians should make water their beverage of choice as a way to stay hydrated without consuming calories.

Updated recommendations also highlight foods that undermine healthy eating and lead to higher risk of chronic disease. Processed and prepared foods that are high in sugar, salt and saturated fat should not be consumed regularly, the new guide says, with a special emphasis on the risks associated with alcohol.

"Dietary risks are one of the top three leading risk factors for chronic disease burden in Canada, however nutrition science is complex and often results in conflicting messages. This is why Canadians need credible healthy-eating information to guide their food choices," Hutchinson said. "These are the reasons for which it was necessary to revise Canada's Food Guide."

In eliminating specific food and portion recommendations, the guide no longer lists milk and dairy products as a distinct food group. Hutchinson said the intent was not to eliminate dairy from the guide and pointed to examples where low-fat, low-sodium and unsweetened dairy products are listed within other recommended food categories, including suggested healthy proteins and beverages.

Early indications the guide would promote eating more plant-based protein sparked concern among dairy and beef farmers, who are worried about the long-term impacts the change in messaging could have on their livelihoods. 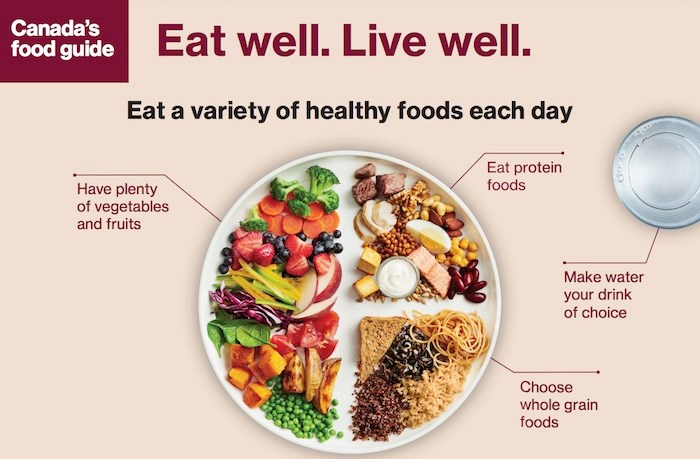 In a statement released earlier this month, the national policy and lobby organization representing Canada's dairy farmers warned the decision could have a detrimental impact on future generations and harm a sector that continues to be "negatively impacted by the concessions granted in recent trade agreements."

The new Food Guide was developed with input from science and health experts and excluded the input of industry to avoid past concerns about political interference.

"We really needed to keep that distance for any perceived or real conflict of interest," Hutchinson said. "We felt very strongly about that because in the 2007 Food Guide there was a fair amount of criticism about the influence of industry and we think, to make sure we keep the confidence of Canadians and health professionals and other stakeholders, it was necessary to stay quite strict on that."

New messages are also included in the new guide that promote healthy behaviours involving food, such as reminding people to be mindful while eating and to eat meals with others.

The document released Tuesday is only part of Health Canada's new healthy-eating recommendations. A report directed at health professionals and policymakers is to be released later this year, which will include more details on amounts and types of foods for hospitals, schools and seniors' facilities to us to create menus or diets in clinical or institutional settings.