Over 2,700 'wine fairies' are spreading goodwill all over this B.C. city

Stealth wine or other drink drop-offs are becoming a trend in many Canadian cities
May 15, 2020 9:57 AM By: Tereza Verenca 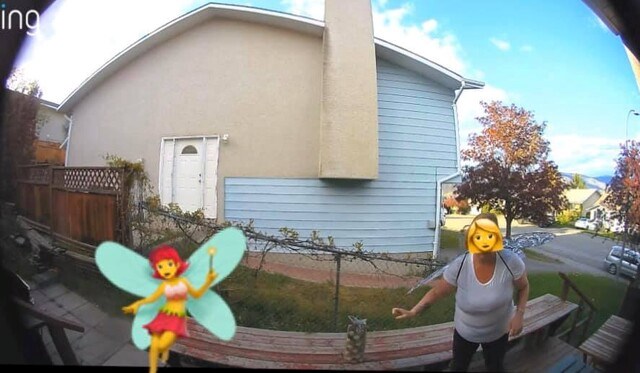 A Facebook group that's put a twist on the longtime childhood game of nicky nicky nine doors has exploded in Kamloops.

The Kamloops Rona Wine Fairies launched on May 6 and already has over 2,700 members. You join, post your address and your drink of choice (alcoholic or non-alcoholic) and wait for a special delivery from one of the other members. A wine fairy then hopefully drops off the gift at your door and runs away. Once you've been "wined," you delete your address off the Facebook page (or post a picture of your goodies under your original address post), in order to give others a chance to be "fairied."

"It’s something to get people out and still be able to do social distancing," April Chapin, the group's founder, tells Castanet. "It gives back to strangers and it’s so fun to come home and have a little gift on your door step that you weren’t expecting."

Chapin started Kamloops Rona Wine Fairies ("Rona" being a play on the word "coronavirus") after her and friend Rachel Wells realized there wasn't something of its kind in the Tournament Capital. The movement has popped up in other Canadian cities.

Chapin says she was completely surprised by the community's response.

"The three of us that run the group, we couldn’t believe how fast it happened. It’s a full-time job," she says with a laugh.

Some people have gone above and beyond with their gift, she adds.

"Some people are baking homemade bread. I can't believe some of the gifts. They are absolutely phenomenal."

However, Chapin says fairies don't have to go over the top with their gift. It's the thought that counts, she says, and for anyone who doesn't like a boozy drink, letting the group know that a pop or juice works, is totally fine.

"Don’t let the name wine fairies deter you from having fun," Chapin says.

One of the biggest impacts the local wine fairy program has had is bringing the community together, she says.

"I met a neighbour five houses down. I’ve lived here for five years and I’ve never spoke to her before, and she reached out. I’ve heard other ladies say the exact same thing."

Bailey Fujita Stewart was pleasantly surprised to find three deliveries at her door on May 7. All three fairies snuck onto her porch without a sound.

"I was actually standing in my doorway letting the dog out, when the last one came. She had wings and all. She was so stealthy, I didn’t even see her drop it on my bench," Fujita Stewart recalls.

She was treated to local wine and beers, as well as an assortment of treats. She returned the favour the following day and dropped off a plate of things, including some matching bowls, a coffee mug, Starbucks coffee, chocolate and a couple of alcoholic beverages.

"I love bringing a bit of joy into a stranger's life. We never know what is going on in someone’s life. This may just be the thing that puts a smile on their face. I love the chain reaction random acts of kindness start," Fujita Stewart says, adding "I had no idea nicky nicky nine doors would be such a thrill as an adult!"

To join the group, click here. You must be at least 19 years of age.

You can now get the ultimate Vancouver S'mores Kit to sweeten your summer
Jun 30, 2020 11:39 AM
Comments
We welcome your feedback and encourage you to share your thoughts. We ask that you be respectful of others and their points of view, refrain from personal attacks and stay on topic. To learn about our commenting policies and how we moderate, please read our Community Guidelines.