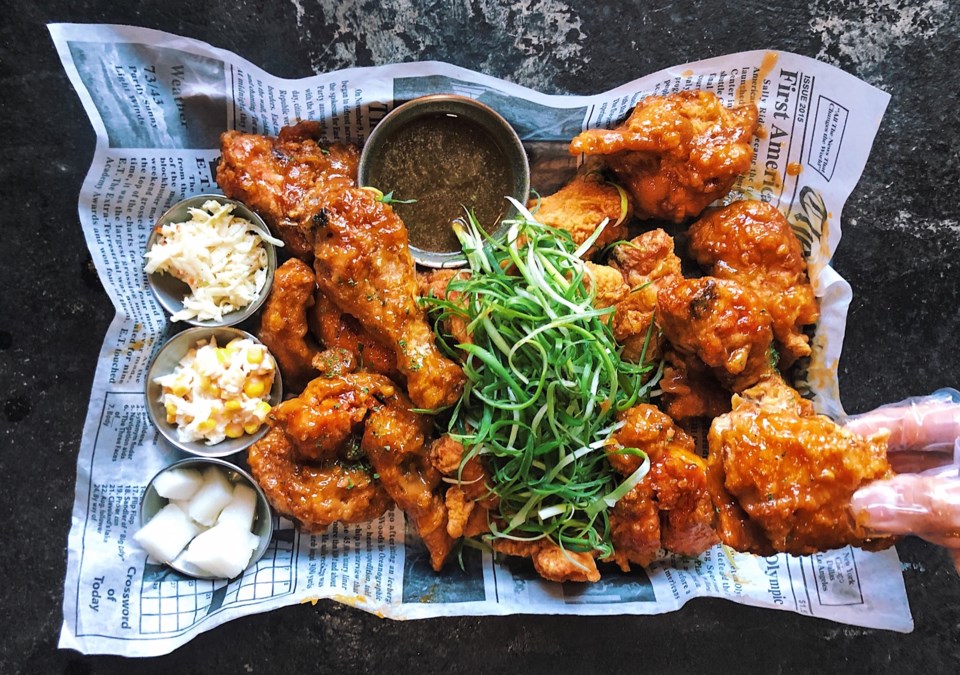 The sign is up at what used to be a sushi joint, called Sushi Gen, located right next door to Red Robin in the Lougheed Plaza strip mall that sits across from Lougheed Town Centre shopping mall.

If you haven’t heard of Pelicana before, you’re likely not alone because they don’t have any B.C. locations - until now. The nearest one is in Edmonton.

Most Pelicana locations are in South Korea, but the company has expanded into the U.S., as well as mainland China and Malaysia, plus a few other countries.

The company touts “Korea’s unique chicken flavours” and the “signature yan-nyum chicken” – a sweet and spicy sauce developed by Pelicana.

Some of the chicken dishes simply have that traditional fried chicken coating, while others are covered in decadent sauces. Sauce options include soy, garlic, or 'hot devil.' Sides include onion rings, cheese sticks, and Kimchi fried rice.

Looks like renovations have only started recently. The location makes perfect sense because the corridor along North Road is a hub for Korean restaurants and businesses.

Pelicana will be located at 9626 Cameron Street in  Burnaby