A couple originally from Peru and Hong Kong has opened a food truck under the Canada Line in Richmond called Munchu Picchu
Mar 4, 2021 2:53 PM By: Alan Campbell 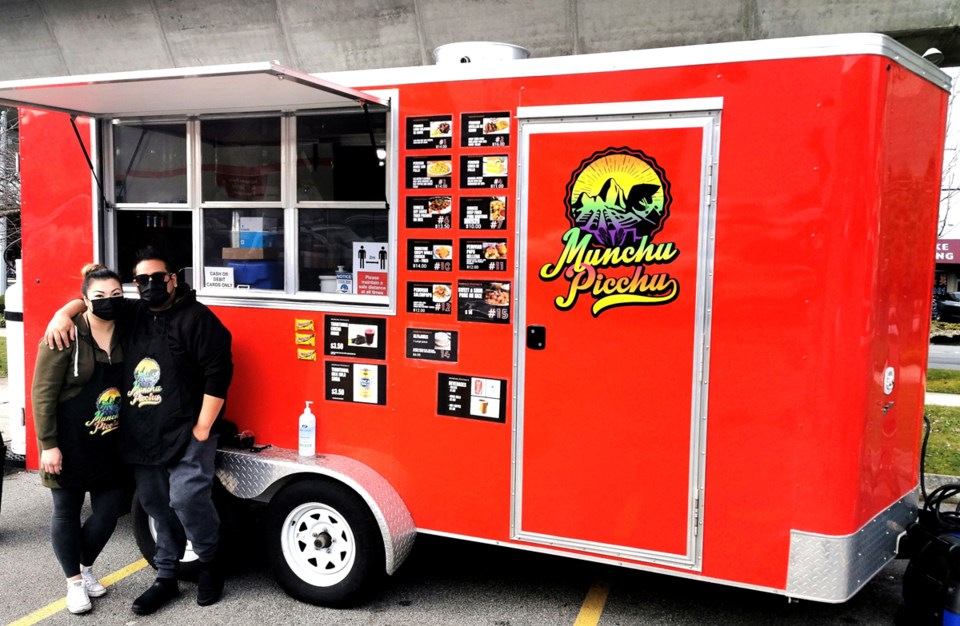 What else could you call a Peruvian food truck but "Munchu Picchu"?

The wonderfully-named mobile eatery just opened up its shutter under the Canada Line, in the parking of Canadian Tire on No. 3 Road, near Capstan Way.

However, Munchu Picchu has more going for it than just the food inspired from the homeland of Peruvian native and co-owner Leon Sanchez.

You see, Sanchez’ wife, Elisa Cheung, is also an immigrant, from Hong Kong, so it was only fair and natural that the food truck the pair has saved up for years to build also serves up Chinese cuisine, such as sweet and sour pork.

“During many years (in Canada), I always wanted to bring the flavours that my parents had in the kitchen, because they both were owners of a restaurant back home,” explained Sanchez, who came from Peru with his parents in 1996.

“I love cooking. I think I got it from (my parents). We decided to build a food trailer that will bring the authentic Peruvian and Chinese food to the public.

“It's been only a week since we launched the business and it's amazing how a lot of people have been coming from all over the Lower Mainland…driving up to an hour just to try our food.”

Sanchez, who said they make every order fresh, also wanted to thank the general manager and owner of the Canadian Tire store on No. 3 Road for allowing the couple to kick off their business venture.