Plus his gin company will 'tip' the fund with every bottle purchased
Apr 1, 2020 5:01 PM By: Joanne Sasvari 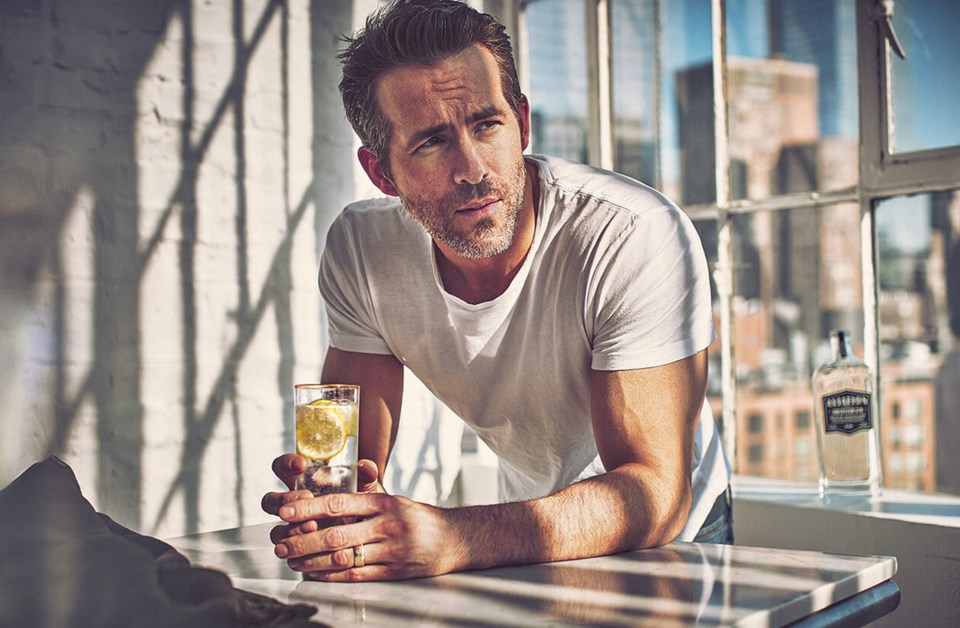 Ryan Reynolds appreciates the work our bartenders do. As the Vancouver-born Deadpool actor tweeted last week, “In fairness, I wouldn’t be the father I am today without bartenders.”

On March 31, he announced that, as the owner of the small-batch Aviation American Gin, he would be donating $10,000 to the Canadian Professional Bartenders’ Association. In addition, Aviation would add “an additional 30 per cent tip” throughout April for every bottle ordered online and every home-delivered Aviation cocktail (in jurisdictions that allow alcohol delivery).

“For the incredible bartenders in my homeland. We at Aviation Gin, miss and love you all,” @VanCityReynolds tweeted, adding, for the bilingual crowd (allegedly with Google Translate’s help): “Ces chaussettes noires font de mauvais condoms*.”

A message to Canadian bartenders, in both English and (with Google translate’s help) French 🇨🇦

For the incredible bartenders in my homeland. We at Aviation Gin, miss and love you all.

“It’s been a big project that we’ve been working on for the past couple of weeks,” says CPBA president Trevor Kallies. “Aviation was one of the first brands to come back with something solid.”

As soon as the COVID-19-related layoffs hit the bartending community, Kallies and the rest of the CPBA executive got on the phone to hammer out a plan to help their colleagues. The result is the CPBA Relief Measures Fund, which offers immediate financial assistance to members.

“We were just trying to figure out, ‘What do we do?,’ ” Kallies says. “We’re trying to be an advocate for Canadian bartenders.”

The association had some money set aside for events, which, of course, have all been cancelled. “We figured, at the very least, get this money into the hands of our bartenders,” Kallies says. “That money is way better off in their hands, doing what they need.”

CPBA members in good standing can apply for the funds here; newly qualifying members will have their dues waived until the situation improves, and will have access to member benefits such as bartender discounts and extended medical coverage.

The fund is not doling out enough cash to, say, pay a bartender’s rent, but it will help pay the bills in a short-term crunch. As Kallies says, “The first thing was everyone needs to take a trip to the grocery store, so let’s take care of that. Let’s get people some food in the fridge.”

The CPBA also reached out to local distilleries, major brands and agencies, several of whom, like Aviation, are in the process of coming on board. They will be donating more than money, too. There will be educational webinars, product training and, perhaps most importantly, connecting with fellow bartenders.

“We’re trying not just to make this a cash thing. We’re keeping people engaged, and we’re keeping people excited to stay in this industry,” Kallies says. “It’ll come back strong. Hospitality is just something that lives inside people, so I think we’ll be all right.”

Read more from The Alchemist

Milestones, the restaurant chain that started in Vancouver, is getting new ownership
Jun 14, 2021 9:18 AM
Comments