See you at Beer Fest? The future of beer festivals in the COVID-19 age

Some events are attempting virtual versions, but when it comes right down to it, clinking glasses over Zoom or drinking together by the light of your phone screen isn’t quite the same as walking from booth to booth in a giant field filled with hundreds or thousands of fellow beer lovers.
Nov 14, 2020 10:41 PM By: JOE WIEBE 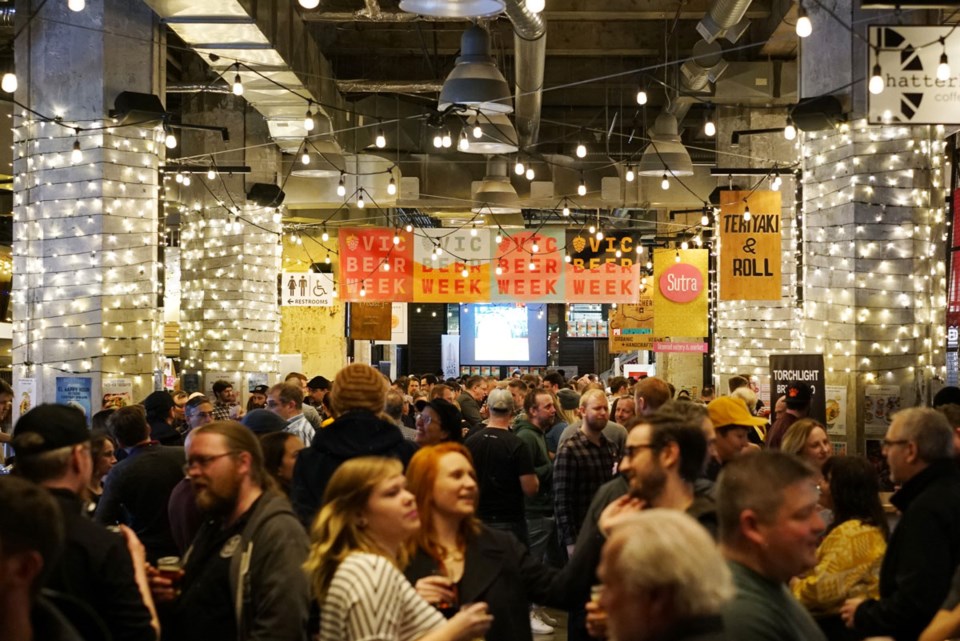 Back in February, I was helping to produce Victoria Beer Week (March 6-14) as news of a “new flu” began appearing. We got through most of the events, although ticket sales dropped to zero as the word “pandemic” began showing up in the media. Then the province banned events above 250 people, which forced us to cancel our two final nights.

First to go was the Okanagan Fest of Ale in Penticton in April, followed by the postponements of Vancouver Craft Beer Week and Farmhouse Fest. No Great Okanagan Beer Festival or Whistler Village Beer Fest. No BC Beer Awards. I was going to emcee the Canadian Brewing Awards in Victoria at the end of June. Nope. That was rescheduled as a virtual event based in Toronto in September.

Depending on your perspective, all these cancellations might be merely disappointing—yet another fun thing we aren’t allowed to do—or devastating, as in there goes someone’s income for the next year or two. The event production business has been decimated by COVID-19. Ask Jonny Evans, who produces Farmhouse Fest and Weathered annually, and supplements that by taking photos at other events: “I’m basically out of work for 12-18 months,” he told me over the phone in June when he should have been busy getting ready for Farmhouse Fest.

Same goes for Leah Heneghan, Festival Director for Vancouver Craft Beer Week. “It was going to be a big year,” she told me over Zoom during the darkest days of the spring lockdown. “We were really excited about it.” The plan was to move the VCBW Festival to Concord Community Park on the waterfront in downtown Vancouver, and to move to an all-inclusive model, eliminating the need for beer tokens just as Farmhouse Fest did earlier.

Heneghan said they intend to put on VCBW again when the authorities allow it, but their plan for 2020 envisioned up to 3,500 people attending four different sessions over three days. That is not going to happen again until we have a vaccine or “herd immunity” to such an extent that life is essentially back to normal. The current maximum for events in B.C. is 50 people, and only if everyone can remain physically distant. It’s not actually clear if the government would even approve a beer event for 50 people given the outbreaks that have occurred at bars around the province.

Then there’s the issue of glassware. We could check with Dr. Henry, but I can imagine what she’d say about the old model of handing someone a glass to carry around for an entire event—even if the glasses were dipped in a bucket of Star San between each pour. Single-use plastic cups will probably be the new norm, but what about the waste? Even if those throwaway cups are made from compostable plastic, they can’t be just dumped into the municipal composting program. Multiply 3,000 people by 10 cups each and we’re talking about 30,000 plastic cups.

Back in June, Evans speculated about running much smaller COVID-conscious sessions in an imaginary version of Farmhouse Fest: maybe 50 people seated in small groups at outdoor tables enjoying a guided tasting through several special beers. But when I checked in with him again in October, he admitted he could not see a way to make it work.

“I don’t see any realistic way of holding an event,” Evans said, “until the government removes all restrictions and insurance companies offer cancellation protection.”

After all, putting on a beer festival isn’t cheap. Between venue costs, equipment rental, staffing, licensing, insurance, and so on, there are a lot of expenses before you even get to the cost of the beer. Economy of scale requires a big crowd so that each ticket only covers a small portion of those base costs. Staying under the 50-person limit would result in a ticket price double or triple what it used to be. Would people pay $150-$200 for what is arguably a glorified bottle share?

It’s also questionable if breweries will want to participate in beer festivals moving forward. With tasting rooms reduced in capacity or outright closed, and draft accounts cut significantly, some breweries are barely surviving. Given the costs of registration fees and their own staffing along with the potential health risks, many will likely decide to stay away from beer festivals until the virus is not considered a threat any more and their own financial livelihood has improved.

When I spoke to Heneghan again in October she remained hopeful about 2021. “One thing I can say is if any big events are coming back, it’ll be outdoor events because that’s the place we all feel the safest. It keeps me hopeful that we will be among the first big festivals to come back.” She figured it will take her team about three months from getting approval to staging the next VCBW Festival, so let’s hope we get this virus licked by next spring.

In the meantime that leaves us with virtual beer festivals. Some events are attempting virtual versions, but when it comes right down to it, clinking glasses over Zoom or drinking together by the light of your phone screen isn’t quite the same as walking from booth to booth in a giant field filled with hundreds or thousands of fellow beer lovers.

It seems like we won’t be gathering together for a while yet, but once we have a vaccine or viral therapeutics or whatever it is that will allow us to return to some sense of normalcy, you can bet that beer lovers will want to celebrate. Big time. I’m sure there are a lot of people out there, me included, who can’t wait to say “See you at Beer Fest!” again.

This story originally appeared in the Fall/Winter 2020 issue of The Growler, out now! You can find B.C.’s favourite craft beer and cider guide at your local brewery, cidery, select private liquor stores, and by subscription here.

A shop dedicated to charcuterie boards and 'grazing tables' is opening soon in Vancouver
May 11, 2021 1:05 PM
Comments