Hailed by many as having one of the best burgers in Vancouver, Splitz Grill recently split entirely, and is already being replaced by new owners.
0
Oct 16, 2019 3:25 PM By: Lindsay William-Ross 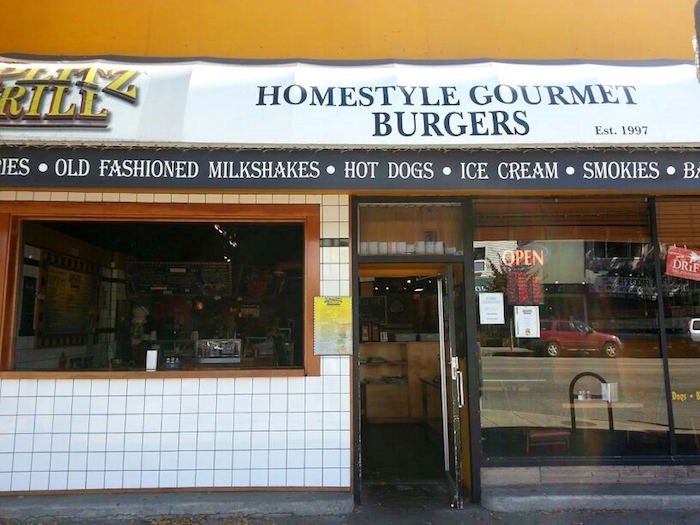 Splitz Grill opened on Main Street in January 2008. They recently closed down after over 11 years in business. SPLITZ GRILL – VANCOUVER/Facebook

Hailed by many during its 10+ years on Main Street as having one of the best burgers in Vancouver, Splitz Grill recently split entirely, and is already in the midst of being replaced by new owners.

Launched in 1997 in Whistler, Splitz Grill began as a tiny burger joint that first expanded in the ski resort town before venturing down the hill for a second location in Vancouver, which opened in 2008.

In September, Splitz Grill's 4242 Main St. location shuttered quietly, with no online declaration or information posted for their many fans. The paper went up on the windows, and according to the Instagram account @4242mainstreet, the new tenants have been hard at work over the last four weeks or so making renovations to the space.

Rumour has it the plan is for a pizza spot and bar, though no details have been officially released, and the new occupants have also not nailed down a name - or if they have, they aren't sharing.

Splitz was beloved for their burgers - both the beef and veggie versions - as well as their shakes and sides, like onion rings and fries. They were also known for their super-affordable lunch deals, too.

The Whistler Splitz Grill remains open for business. We'll update if any info about Splitz Grill's Vancouver closure becomes available, and when further details are known about the forthcoming venture at 4242 Main St.