Strange Fellow's Belgian-style beer has been barrel-aging since 2015

Photo: The Growler When it comes to authentic representations of traditional Belgian beer styles, Vancouver’s Strange Fellows Brewing is among the few breweries in this province that consistently get it right.
0
Dec 14, 2017 2:00 PM By: Rob Mangelsdorf 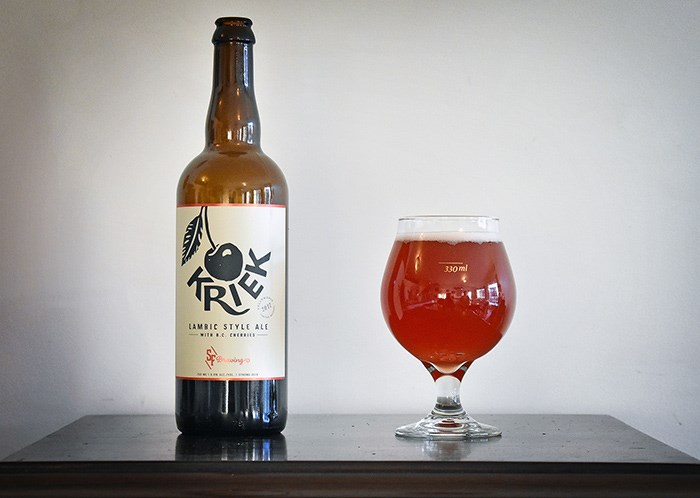 When it comes to authentic representations of traditional Belgian beer styles, Vancouver’s Strange Fellows Brewing is among the few breweries in this province that consistently get it right.

Far too many breweries think that by merely throwing a particular yeast strain into the mix that they are somehow making Belgian-style beer. But Belgian beer is about so much more than just a spicy yeast character.

Take, for instance, the lambic beer of Pajottenland, in the Flemish province of Brabant. These exceptional complex, sour beers can take up to three years to make. They often need to be barrel-aged and the milieu of wild yeasts involved can result in inconsistent flavours. That means brewers will often have to blend the aged beer with newer, fresher beer to achieve a consistent product.

“With the yeast, it’s like you’re at the mercy of these millions of unionized employees and they do as they please,” says Strange Fellows’ Iain Hill. “If they’re not happy, they’ll walk off the job!”

And that’s what makes lambic unique in the world of beer. Brewers have to resign themselves to the fact that they are not in control, that they often cannot govern the innumerable variables affecting their beer. It’s enough to drive any German brewer completely insane!

“It’s rustic stuff, but the Belgians have had this dialed in over hundreds of years,” says Hill.

Strange Fellow’s latest release in their 2017 Fellowship Series is a testament to Hill’s patience. Kriek is a traditional lambic-style ale made tart cherries, in this case, from the Fraser Valley. The beer was brewed in early 2015, not long after Strange Fellows first opened, and has been barrel-aging ever since. More than half a dozen strains of wild Brettanomyces and Saccharomyces yeast, as well as Lactobacillus bacteria, are at work here. The cherries were added to the mix a year ago, and the finished product was blended with fresher barrel-aged beer to nail the traditional kriek flavour profile.

“Only two things are different from traditional lambic kriek,” Hill explains. “It’s not a spontaneous fermentation, and it’s not made in Pajottenland.”

The beer is tart and funky with a wonderful cherry character and notes of oak and vanilla. It’s light and bright and lively and just so damn good. It’s right up there with Central City’s Sour II as among the best examples of kriek made in B.C. (not that there’s a ton of competition).

Currently, Kriek is only available to members of Strange Fellows’ Fellowship limited release program, but bottles may end up appearing on the vintage bottle list in the brewery sometime next year. It’s not too late to sign up for the Fellowship and get your hands on Kriek, as well as previous releases, Little Red One and Berliner Geist. Your only other option is to find someone who’s part of the Fellowship and has a bottle, ask them very nicely to share it with you.

I mean, I wouldn’t, but they might, you never know.