If you blink, you’ll miss spotting Paul’s Sub Shop in Burnaby. It’s unassuming and decidedly not fancy. But it delivers the goods on fresh, amazing diner food.
0
Dec 9, 2019 7:41 PM By: Glacier Media 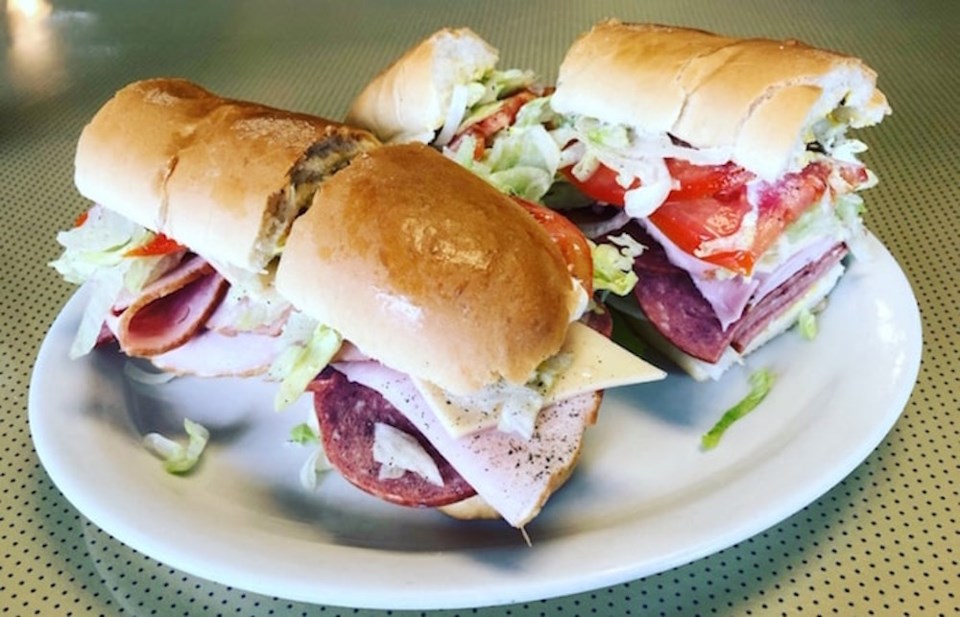 Just look at the size of this thing. This is one of the subs at Paul’s Sub Shop in Burnaby. Photo by Chris Campbell

But it delivers the goods on fresh, amazing diner food. It’s been delivering this quality in Metro Vancouver since 1971 at various locations.

You come in and sit down at one of the “rustic” tables and you are visited by the chef who comes out of the kitchen to take your order because there are no servers.

There are no menus either – all of the items are outlined in chalk on a massive blackboard that wraps around the kitchen.

The menu is classic diner food, from burgers to all-day breakfast (the breakfasts I saw being served were enormous) and you can custom-design whatever you want.

I chose a grilled sub because it’s called a sub shop and promises the province’s best subs.

When the chef brought me my plate she dropped it on the table and it went thud because it was so huge. It was like a two-by-four you use on a construction site, only made out of bread and meat.

I’ll say. The bread was thick and fresh, and the mix of meats was piled high, along with plentiful condiments and fresh vegetables.

Sure, it took longer than the stone-faced assembly line you find at Subway, but the veggies don’t look like they were shipped a month ago from the other side of the world. You also get about three times the meat.

It was pure comfort food – long live the diner.

One note – Paul’s is cash only.

10 beers I wish I could try this weekend at Vancouver's Weathered
Jan 24, 2020 3:33 PM
Comments
We welcome your feedback and encourage you to share your thoughts on this story. We ask that you be respectful of others and their points of view, refrain from personal attacks and stay on topic. To learn about our commenting policies and how we moderate, please read our Community Guidelines.