Behind the venture are some respected and talented vets in Vancouver's Italian dining scene
Aug 4, 2020 10:09 AM By: Lindsay William-Ross 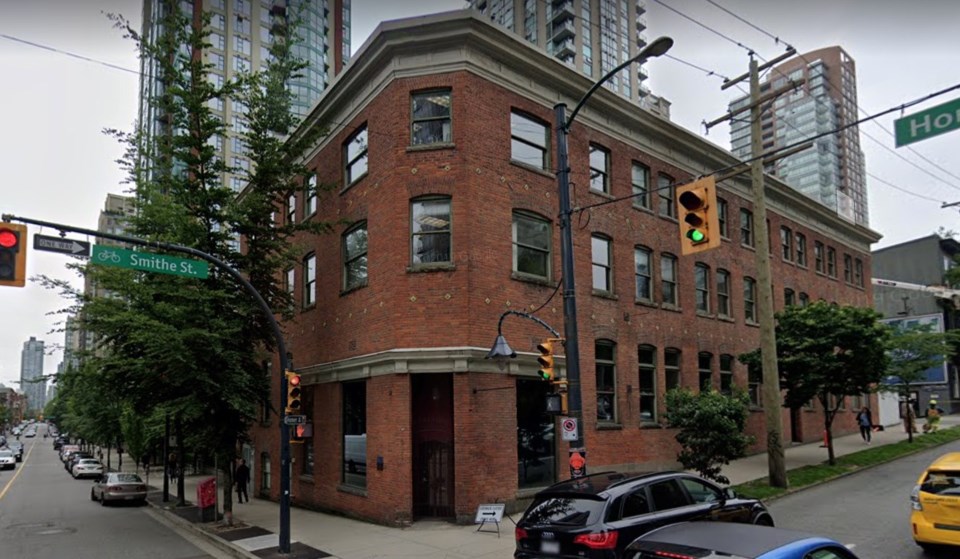 901 Homer Street will soon be home to Tutto, an Italian restaurant and bar. Photo: Google Maps

A historic building at the corner of Homer and Smithe in Vancouver's Yaletown has been undergoing an extensive renovation inside in order to make way for a new Italian restaurant and bar concept.

Called Tutto, which means "everything," the new venture has been in the works for quite some time at 901 Homer Street, in the space previously occupied by art dealer Harrison Galleries and their cafe, Buzz.

The gallery and cafe were shuttered in spring 2018, and now restaurateurs Patrick Corsi (Quattro) and Andrea Vescovi (Ancora) are readying their Tutto for its summer debut.

Guests are being promised "a transformative dining experience to be remembered," per the venture's PR reps.

The building in which Tutto is housed has been around for over a century - since 1910 - and is situated in a prime location at one of the northern de facto intersection "gateways" to Yaletown. Across the street is the popular Homer Street Cafe, too. Additionally, the building is on the Yaletown BIA's historic tour of the neighbourhood: "In 1930, Bulman Bros. Ltd. of Winnipeg bought out BC Printing & Litho Ltd. and set up their Vancouver shop at 901 Homer Street, corner of Homer and Smithe."

The menu of Italian fare at Tutto will be executed by Executive Chef Adam Shaughnessy (who worked for legendary local Umberto Menghi) and Chef de cuisine John Wells.

An exact opening day has not been set, but Tutto has been preparing to launch this summer. Follow them on Instagram @tuttoyaletown for updates.