One of the best memories at the address was the time Robin Williams stopped by for dinner and had everyone laughing
May 8, 2020 10:22 AM By: Lindsay William-Ross 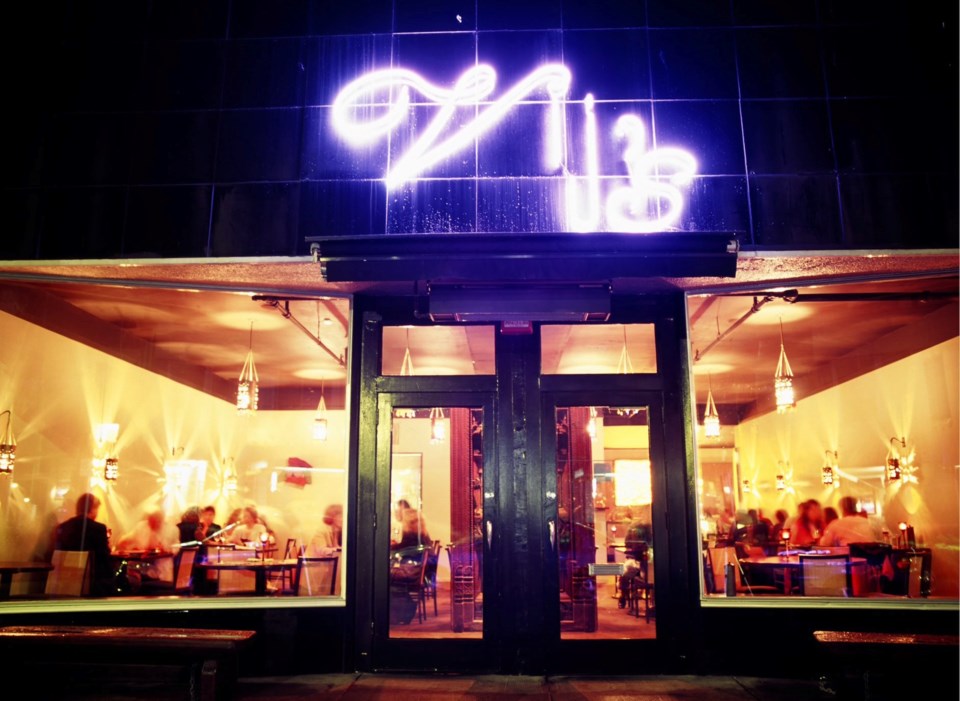 It's the bittersweet end to a long and storied tenure for restaurateurs and chefs Vikram Vij and Meeru Dhalwala. This week Vij's restaurants announced the permanent closure of their South Granville location, currently home to Rangoli, as a result of the COVID-19 crisis.

In March, as the pandemic began to take its toll on Vancouver businesses, Rangoli was initially offering delivery and pick-up at their location at 1480 W11th Ave.

However, operations were soon consolidated out of Vij's Cambie Village flagship location, and will remain as such from now on.

"We’re focused on having one strong, committed team in one location, serving both menus," said Vij and Dhalwala in a statement issued May 6.

Vij's has been in South Granville for a quarter century. Opened in 1994, the neighbourhood was the original home of the celebrated chef's namesake restaurant, which began on West Broadway before shifting to the W 11th spot in 1996. In late 2015, Vij's officially re-located to the eye-catching building with the lovely rooftop patio on Cambie Street.

In 2004, the original Vij's location expanded to include Rangoli, the casual market-style "next door" sibling project. The grab-and-go venture was always seen as the companion to the full-service restaurant, however in early 2017, as Vij's was up and running in its expanded, impressive Cambie digs, Rangoli moved into the former Vij's space on 11th.

Occupying an expanded and refreshed vision of its own, Rangoli grew into a new identity - a more easy maturation and straightforward use of the old Vij's space, in place of the original vision to create a whole new concept called Mian Bawarchi in there.

In the meanwhile, Vij's My Shanti in South Surrey has thrived since its 2014 debut; currently they are offering pick-up and delivery Tuesday through Sunday. They also operate Vij's Sutra in the Victoria Public Market.

Shifting their operating model amidst COVID-19 has proven to have some financial repercussions, as Vij and Dhalwala report.

"Deliveries cost money and energy, so it’s more efficient to make bigger deliveries to a single location rather than smaller ones to different places," the business owners explained of Rangoli's consolidation with Vij's operations.

"Physical distancing regulations will continue for some time, and that means smaller numbers of customers allowed in restaurants, continued reduced revenues, but with the same fixed costs associated with running a business."

In closing the 11th Ave restaurant, Vij and Dhalwala have been reminiscing, especially when it came to their now-rescinded 'no reservations' policy and famous faces, as well as their own personal relationships.

"[W]e could tell and write so many stories of the joys and adventures we’ve had. For the longest time, Vikram hardly recognized western celebrities and often didn’t know who he was telling 'first come, first served' to. Many of our staff met their lifelong partners while working at Vij’s. We even have a video taken by a South Granville resident of Vikram and Mike (our GM) chasing down a man who came into our crowded lounge and stole a customer's handbag. Our landmark memory from South Granville was when Robin Williams dropped in unexpectedly for dinner, and during his 1.5 hour wait, performed an hilarious impromptu show for those waiting with him. At some point, maybe 20 years ago, Vij’s lounge became our community cocktail party venue. Both our daughters were born in the midst of big renovations at our beloved South Granville location."

"We need community more than ever and our Vij’s/Rangoli family will be so happy to welcome back our community and be in a position to do so with a strong backbone," add Vij and Dhalwala.

Correction: The address was provided as 11th Street and has been corrected to 11th Avenue.