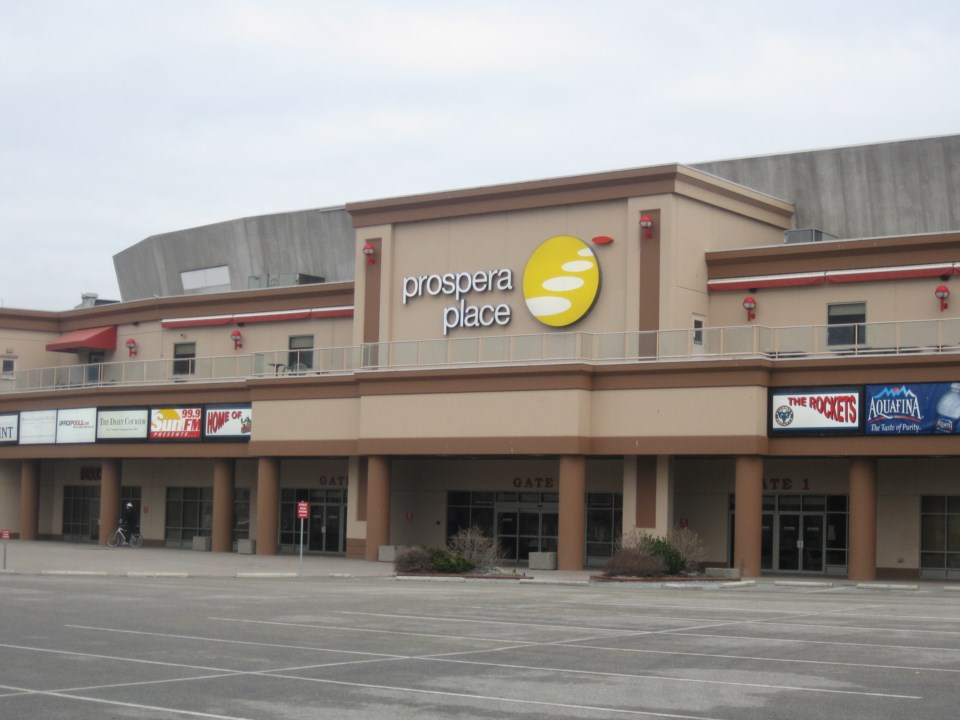 Prospera Place is home to the Kelowna Rockets of the Western Hockey League (WHL) is one of two hub cities approved for the 2020-21 B.C. Division season. | File photo

The Kelowna Rockets have suspended all team activities after a member of the hockey staff tested positive for COVID-19.

The announcement was made by the Western Hockey league (WHL) this morning (March 30).

The league says no players within the team's cohort have tested positive at this time.

As a result of the positive test and the suspension of activities, tonight's scheduled game between the Rockets and Kamloops Blazers at Prospera Place has been postponed.

No makeup date has been announced.

The league is working in conjunction with the BC Health Authority on this matter.

According to the league's announcement on its B.C. Division hub approval, "If a WHL Club has one or more players or staff test positive for COVID-19 at any point in the season, the Club will be required to suspend its Club activities for a minimum of 14 days."

If the 14-day suspension rings true and starts today, this means the Rockets would be quarantining until April 13 at the earliest.

This is the second positive test within the Rockets since the province announced it would allow B.C. Division teams play a 24-game schedule.

One player tested positive during the initial return to play testing period earlier this month.

- with a file from Kyle Balzer, PrinceGeorgeMatters