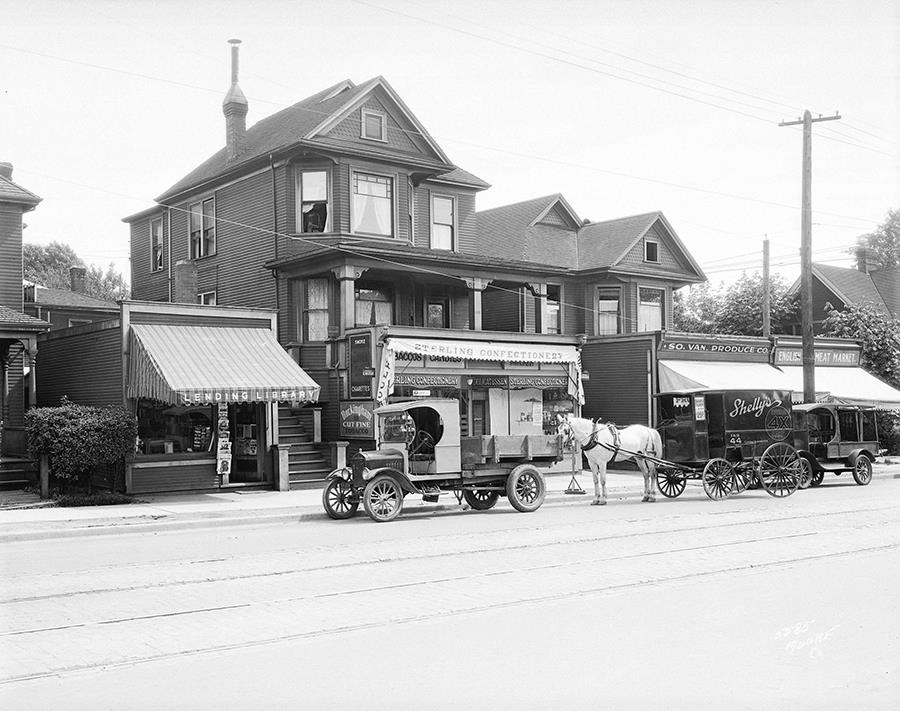 When walking down a commercial district in Vancouver it’s easy to miss some of the houses attached to storefronts or, more correctly put, miss the houses with storefronts attached.

This 1928 photograph of the 1000 block of Denman Street shows several storefronts attached to already existing dwellings. Reviewing the building permit records available at the City of Vancouver Archives indicates that the two large houses near the centre of the photograph were first built in 1902. Their storefronts were added in the 1910s.

The two large houses in this photograph can still be found on Denman Street. However, the storefronts have since been greatly altered and the houses are much harder to see from the street than they were in 1928.

This type of house-storefront building can be found in other parts of Vancouver, although their numbers are declining as older commercial buildings are redeveloped into multi-storey condominiums with ground-floor retail spaces.