The giant Bowmac sign on West Broadway in Vancouver came from the city's epic neon era, and was once the tallest freestanding sign in North America. Here's why it's got another business' name and logo on top of it, and a few other quirky facts about this oddity on the local landscape.
Nov 5, 2018 3:13 PM By: Lindsay William-Ross

In our ongoing 5 things series, we uncover some interesting and unusual details about Vancouver. Let's take a look at the giant Bowmac sign on West Broadway near Granville. 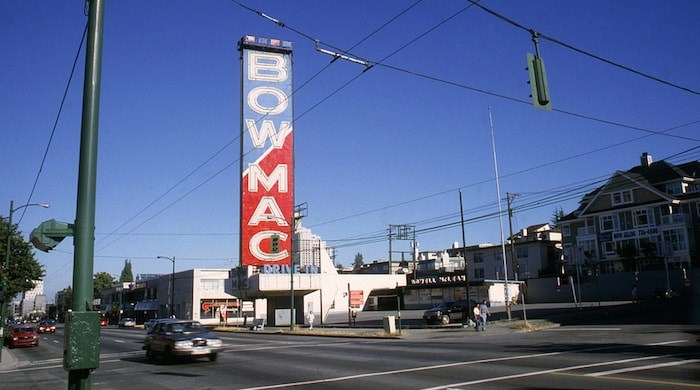 Bowmac is actually a combination of Bowell-McLean, which was the name of the used car dealership located at the site at 1154-1176 West Broadway. While currently the sign is nestled against the building that houses Toys R Us, when it was a car dealership, the sign stood out in front of the lot of cars on the ground level, with the business' building at the rear of the site. That building at the rear of the lot was still there, bearing the Bowell-McLean name on its roof, into the mid-1990s, when the location served as a parking lot prior to redevelopment.

Neon signs were huge in Vancouver in the 1950s--in quantity, that is. The city was considered the "neon capital of North America," and in 1958 Bowell-McLean wanted to put their mark on the trend. So they took "big" to the next level to get attention with their Bowmac sign, which stands 80 feet high. Originally the sign was orange and was lit with red neon, bearing over 1,200 incandescent light bulbs. Its flashing lights could be seen as far as 18 miles away. For a spell, the sign was the largest freestanding sign in North America, and the tallest structure in Vancouver outside of the downtown core. That's big! 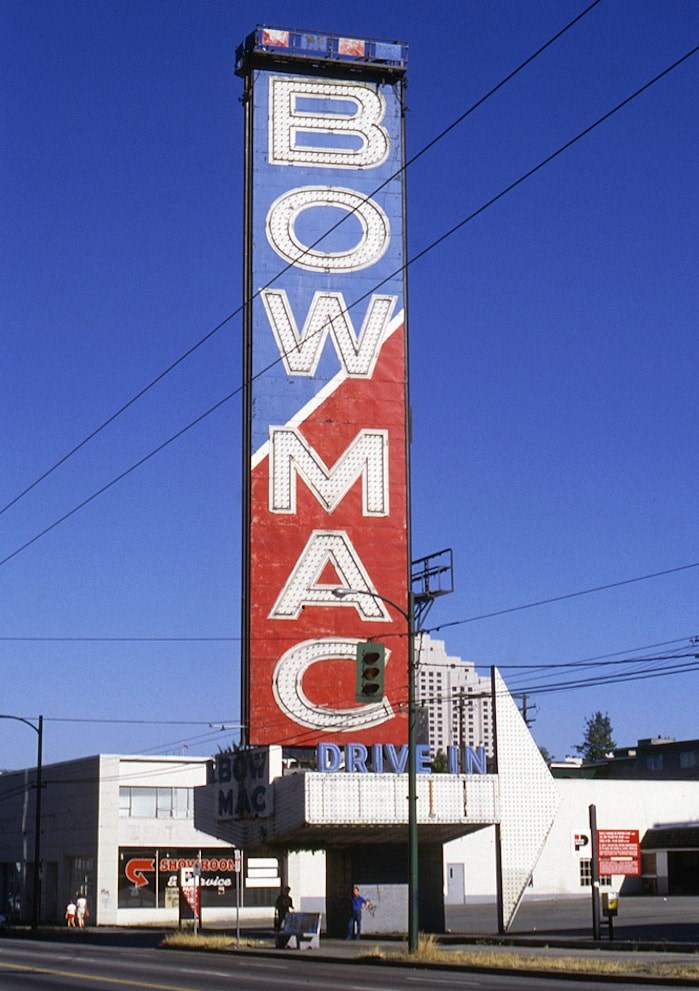 In 1965, the Bowell-McLean dealership was the site of an elaborate promo stunt starring local radio station CKNW's "Dizzy Dialer" Rene Castellani, who vowed to live in a car on top of the sign for as many days and nights as it took to sell every car on the lot. Castellani stayed there for nine days, and allegedly was never spotted coming down from his perch. 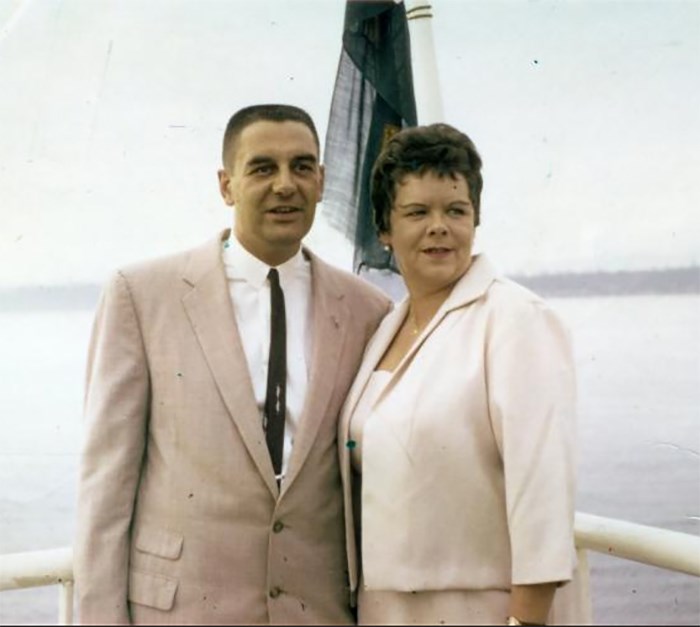 What many didn't know was that at the same time, Castellani's wife Esther was hospitalized nearby at Vancouver General Hospital for an unknown ailment that was wreaking havoc on her body. Esther died soon after, and it turns out her husband Rene had been feeding her milkshakes and other foods tainted with arsenic and slowly poisoning her. Did Rene sneak down from the sign during his stunt to get poisonous vanilla milkshakes to his wife? We may never know. Castellani died in the 1980s after being convicted and subsequently paroled for the murder of his wife. You can find out more about this in the new book Murder By Milkshake by Eve Lazarus, who joined V.I.A. on the podcast to talk about this crazy crime.

Toys R Us became the new lease-holder for the redeveloped site in 1997. "In 1997, after a demolition permit had been issued, a Heritage Revitalization Agreement (HRA) was approved with retailer Toys 'R' Us, which allowed their signage to be added over the existing Bowmac sign, to what we see today," explains the Heritage Vancouver Society. The sign as-is is not without controversy; it actually goes against signage bylaws for size, and, at the time it was put in place, locals feared it would set an ugly precedent--literally--for signs in the neighbourhood. 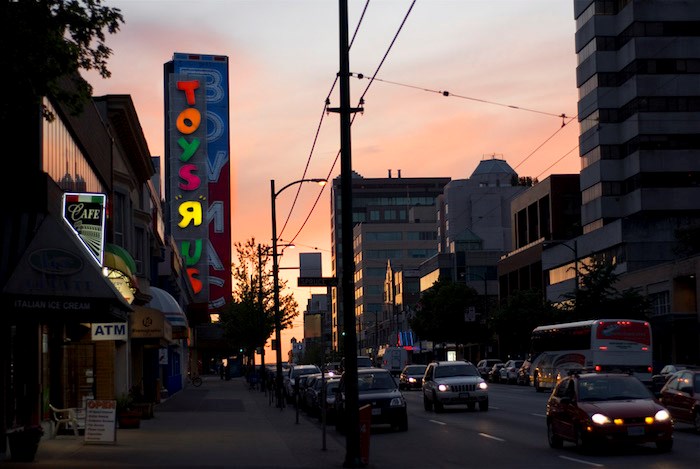 Toys R Us signed a 20-year lease at the site in 1997, with two consecutive renewal options, each for a period of five years. With TRU currently onsite until 2022 now, if they don't renew then, or if something happens to the toy chain in Canada at large that changes the course of the business permanently, the Bowmac sign could come down, unless a new HRA is negotiated. You can read the 1997 report on the HRA from the City of Vancouver here.

Time Traveller: This legendary hardware store supplied the North Shore for nearly a century
Sep 19, 2021 8:54 AM