Did you know that North Vancouver has a 90-year-old subway? 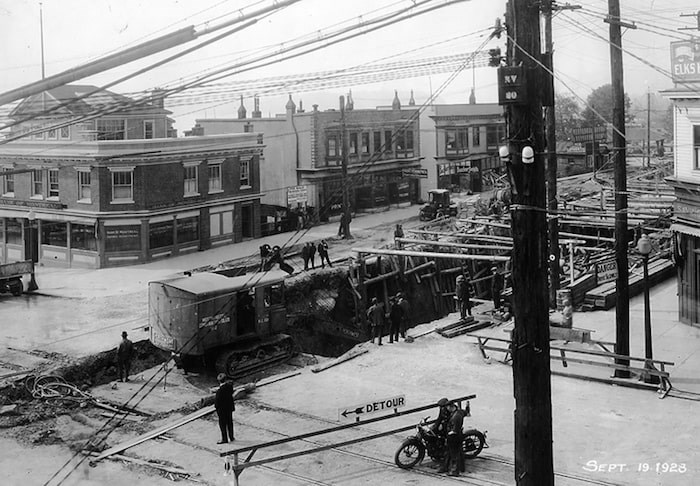 This photo, from September 1928, shows the cut and cover construction of the Lonsdale Ave. Subway at the intersection of Lonsdale and W. Esplanade. Photo: North Vancouver Museum and Archives, # 11281

Did you know that North Vancouver has had a subway since 1929?

Originally known as the Lonsdale Avenue Subway (or the Esplanade Subway) the subway is actually a 1,585 foot railway tunnel, built in the late 1920s to link two railways.

The tunnel runs from St. Georges to Chesterfield and connected the Terminal Railway to the Pacific Great Eastern Railway (later BC Rail, then CN Rail).

Never-before-seen photos of Hope Slide released on 55th anniversary
Jan 9, 2020 4:08 PM
Comments
We welcome your feedback and encourage you to share your thoughts on this story. We ask that you be respectful of others and their points of view, refrain from personal attacks and stay on topic. To learn about our commenting policies and how we moderate, please read our Community Guidelines.