Here's how and why the East Van Cross sculpture got built 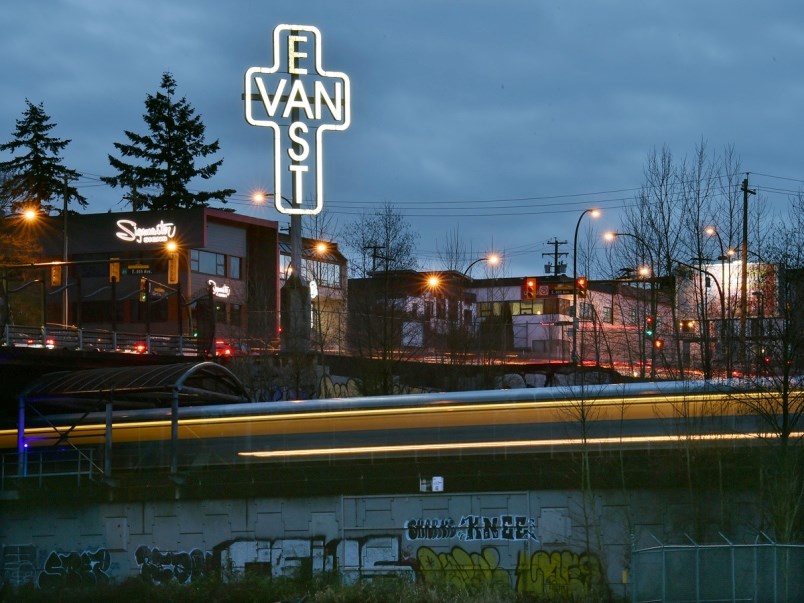 It's been nearly ten years since Ken Lum's sculpture went up on the corner of East 6th Avenue and Clark Drive in Vancouver.

Commissioned by the City of Vancouver as one of their legacy projects around the Vancouver 2010 Olympic and Paralympics, it instantly garnered reactions from residents.

While not as divisive as the chandelier that went up under the Granville Street bridge, it is a symbol of pride for some and ire for others.

Back in 2010 the City released the video below.

In it, Lum talks about the origins of the cross, how it used to only appear in alleyways, and why he decided to turn it into a giant sculpture. He also addresses how it's "religious and sacrilegious at the same time"

The video also shows the actual fabrication process and how they constructed this massive, "formalized" version of a once-underground Vancouver icon.

Never-before-seen photos of Hope Slide released on 55th anniversary
Jan 9, 2020 4:08 PM
Comments
We welcome your feedback and encourage you to share your thoughts on this story. We ask that you be respectful of others and their points of view, refrain from personal attacks and stay on topic. To learn about our commenting policies and how we moderate, please read our Community Guidelines.