Read about the evolution of Whistler's party scene through the eyes of an East Vancouver father who enjoys spending time with his family there now.
Oct 21, 2019 7:33 PM By: Grant Lawrence

Back in the 1980s, when Whistler Village was brand new, it was the place to party on the weekend if you were a teenager. On Friday afternoons, my friends and I would pile out of high school and into my Plymouth Valiant. I’d slam the push button transmission into drive and hit Highway 99 with the Young Canadians blasting from the stereo.

We’d sneak into Whistler venues such as the Boot Pub, Buffalo Bill’s and the Longhorn Saloon and crash for the night at chalets owned by friends’ parents in subdivisions such as Alpine Meadows, Blueberry Hill or, if we were lucky, in some ski bunny den of sin down near the Husky station.

The next afternoon, we’d stumble over to the tiny and packed South Side Deli for a heavily hung-over brunch. And if it was warm enough, later that afternoon, my braver and better-looking friends would jump into Lost Lake naked. Then we’d start the whole process over again before heading home on Sunday.

Skip ahead 30 years, and a lot has changed for my Whistler weekend getaways. My family now visits the largest and busiest ski resort in North American for one weekend a year, every October, for the Whistler Writers Festival, which occurred last weekend. 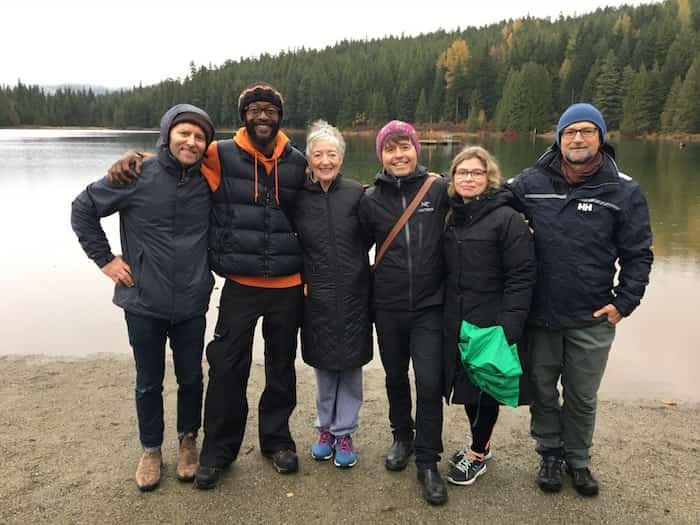 Fall and spring are still considered Whistler’s shoulder seasons, but you can hardly tell, since the village was bustling with tourists from around the world. And while there’s no skiing yet, Whistler in October is beautiful. Blazing autumn leaves splash colour throughout the village and surrounding mountainsides.

Now in its 18th year, the Whistler Writers Festival has grown to become one of the best reader and writer summits in Canada. That’s thanks to the hard work of festival director, founder and author Stella Harvey and her dedicated army of volunteers.

Last weekend, the festival brought in grade-A literary talent such as Emma Donoghue (Room), Michael Crummey (The Innocents) and Anakana Schofield (Bina) to name a few of the many authors who entertained more than 1,500 participants from all over the Pacific Northwest.

For the past few years, I’ve hosted an event at the festival called the “Author’s Lake Walk,” which gets authors and attendees into Whistler’s great outdoors on Sunday at 9 a.m. for a hike to Lost Lake and back. When I was a teenager that was roughly the time I’d be enduring one of my many head-pounding Whistler Walks of Shame.

On the Lake Walk, warmed by hot chocolate and muffins, we pause for thought-provoking readings in beautiful natural settings. And no one has jumped into the lake naked. Yet.

With my wife and little kids now in tow, I never set foot in Whistler’s party bars anymore. Instead of trying to score tickets for the Beat Farmers at Buffalo Bill’s, now I’m grappling for tickets for Norman Foote’s sold-out children’s concert at the Maury Young Arts Centre. Show time 1 p.m. 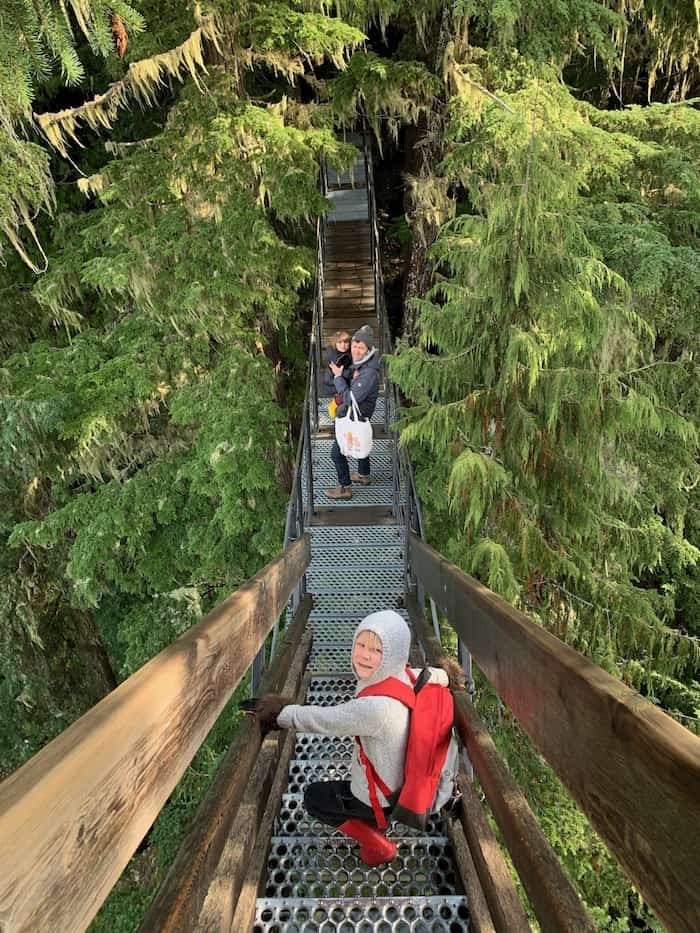 A more mature and responsible Grant Lawrence enjoys a Treetrek Tour at Blackcomb Mountain with his family.

Instead of swilling warm Black Label beer in the bushes so the RCMP wouldn’t catch us, I’m now partaking in something called a Treetrek Tour on Blackcomb Mountain with my family, a guided “journey high among the treetops” on a series of suspension bridges, suspended staircases and platforms. It was nice but, admittedly, a bit odd having a New Zealander guide from literally the other side of the planet explaining your own backyard.

And instead of a greasy Sunday brunch at the still-packed South Side Deli (now called the South Side Diner), we instead took in the Audain Art Museum, a calm and beautiful space that showcases historical and contemporary First Nations carvings and an incredible collection of paintings by Emily Carr and E.J. Hughes, as well as photography from Rodney Graham and Jeff Wall, among many other spectacular pieces from talented B.C. artists.

One of the best attributes about Whistler — then and now — is that it’s so pedestrian-friendly. If you’re staying in or near the village, you don’t have to touch your car until it’s time to head home, which we did on Sunday afternoon, my wallet totally empty. I slid our Jetta into drive and hit Highway 99 with Norman Foote blasting from the stereo.

See you next October.