As a history nerd. Inspiration can come from many different places. For instance; Its not uncommon to go for drives or bike rides just to check out old houses, take note of them and then continue to "check" on them every once and a while like an old acquaintance to see if they are ok.  This VWA is inspired by one of those places..

I first came upon this place years ago when I lived nearby. While this city has its fair share of old houses and buildings dating back to around the same era. Every once in a while you see something that stands out. It doesn't look like all the other "A" frame style houses, or it stands alone with nothing else around it to compliment its age. 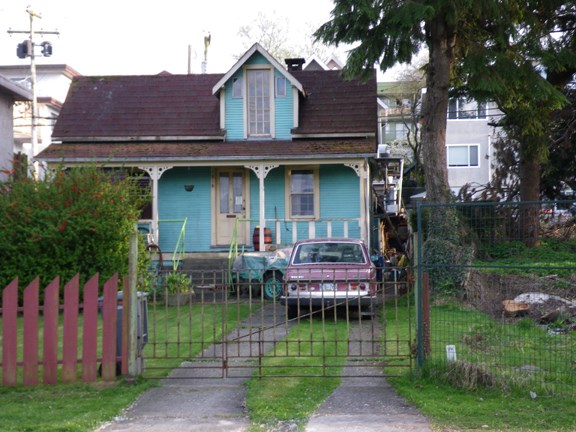 This little old house on E7th near VCC is fascinating to me. It looks like it belongs on a farm in Agassiz  and has no old friends around it at all.  Its also has that awesome big porch too. But the coolest thing to me is that when it was built, people sat on that porch and looked out at the water!

That's right, up until around 1917 False Creek came all the way up to Clarke! All those lowlands with the rail yards, Home Depot, Train station etc was under water and Main St. (then Westminster Ave) had a long bridge from about where the Ivanhoe is up to 2nd. 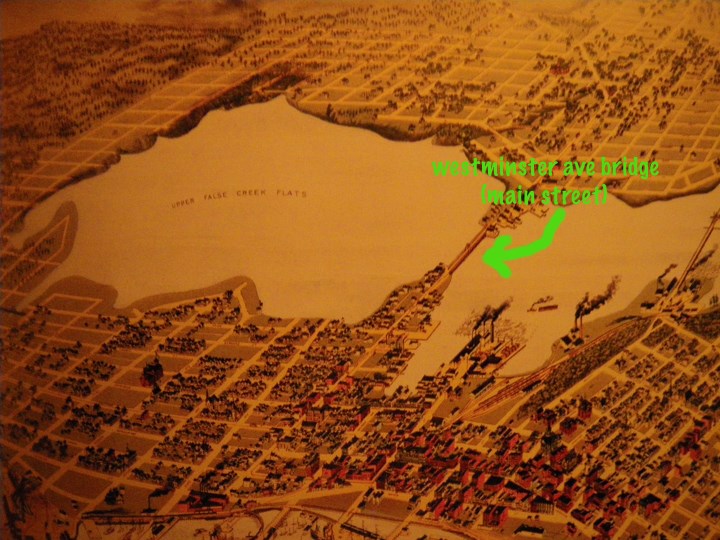 Before you get your knickers in a knot imagining how great it would be today to have breakfast on the Drive and then go hit the beach. This end of False creek was shallow, stinky and muddy. Essentially tidal flats unusable by shipping, once described as "a mosquito infested swamp".

So it didn't take long after Vancouver's boom at the turn of the century for planners to start coming up with ways to use it more effectively.

One plan was to deepen it, another (from the CPR's competition) was to fill it and utilize it as a terminus for more rail traffic.  Since this city depended on trade, they struck a deal with both the Great Northern and Canadian Northern railways. They could have the land for next to nothing and build their western terminus's if they took care of the draining and filling. The Great Northern filled a portion on the northern side first and built a grand station (gone now), then the CNR followed shortly after and filled the rest and built their station right next door (still standing). That's why the road there is called "Station St".

The old house evokes one more memory to me, and that's a story my Dad relayed to me once. He's written some history books on trains and streetcars and while doing research he would interview old timers that worked on them.

One of these old guys told a story about being a young boy growing up in Vancouver around the turn of the century. He talked about how he and his father would go downtown for supplies and food. They'd get on a little streetcar and rumble their way up Westminster Ave (Main). They'd go across a bridge and then up a big hill. Once at the top it turned to the left and continued east(now Broadway). Soon the buildings all but disappeared and they were rolling through the forest.. 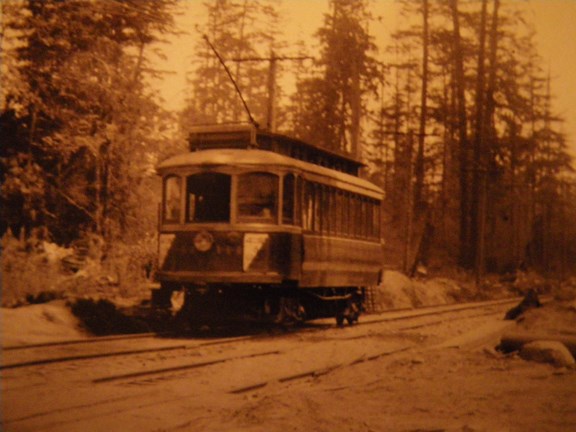 Once they would reach their destination in the middle of nowhere(maybe Commercial), they'd get off and walk down a trail through the woods to their remote little house on the water. I wonder sometimes if the little house on 7th is that house :)