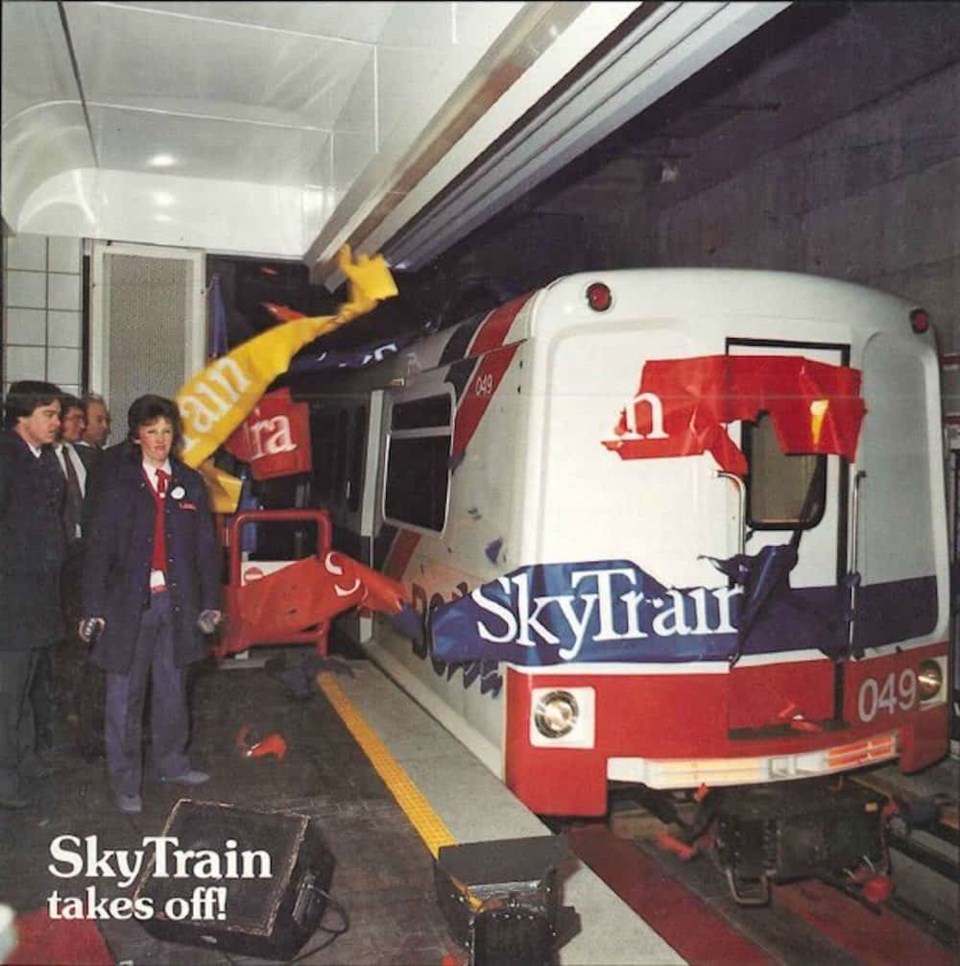 A highlight of Expo '86, Vancouver's SkyTrain opened on Dec. 11, 1985, offering free service for the first eight days. As such, today marks the transportation system's 34th birthday.

With this in mind, TransLink states that the SkyTrain didn't enter full revenue service on Jan. 3, 1986. The system was created to showcase Expo 86's theme, which was "Transportation and Communication: World in Motion – World in Touch." The fair attracted over 22 million visitors and gave Vancouver international stature.

According to the Buzzer Blog, Prince Charles and Princess Diana rode the SkyTrain from Waterfront to Patterson Station, and rode in Car 014. What's more, the same car has plaques commemorating a visit from the " the prince and princess of Belgium, and the princess of Thailand."

When the SkyTrain first opened, it only provided service between Vancouver and New Westminster. Between 1989 and 1994, three Expo Line expansion projects added service to Surrey with King George as the terminus station. Following that, the Millennium Line officially opened in 2002 along the Expo Line to New Westminster Station adding new service between Columbia and Commercial-Broadway.

In February 2019, the largest SkyTrain station upgrade in TransLink history opened to the public in East Vancouver.  Part of TransLink’s Maintenance and Repair Program, the massive upgrade is meant improve the passenger experience on the SkyTrain. The transit authority chose Commercial-Broadway Station because it experiences a high volume of traffic daily. In fact, it is the second busiest station on the system, with a whopping 200,000 transit journeys each weekday. The Millennium Line platforms opened at Commercial-Broadway in August, 2002. The station saw 8 million passenger boardings in 2017.

The first SkyTrain was naturally a BIG STORY for the region and made the front pages of the @theprovince 🚆📰 @jensaltman @fumano #SkyTrain @TransLink pic.twitter.com/nifYteWhKh

SkyTrain was originally constructed for Expo 86, which was themed around transportation and communication - needless to say it was a big hit 🚆🙌🏻 #SkyTrain #Expo86 @TransLink pic.twitter.com/hGtXCW6VBR

And even the royals couldn’t resist the allure of SkyTrain 🚆👑 #SkyTrain @TransLink @RoyalFamily pic.twitter.com/rTkmN3ne3A