Ghost Towns of BC: Sandon, The Electric City

“Silver, Lead, and Hell are raised in the Slocan and if you don’t have a hand in producing these articles, your services are not required.
Laura Cuthbert Feb 10, 2016 3:44 PM 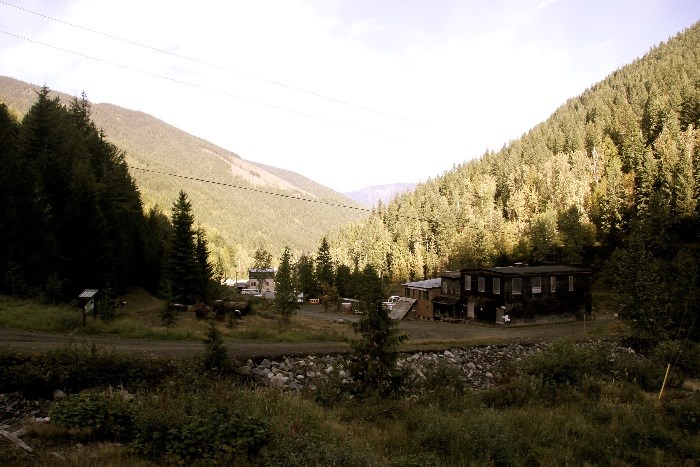 “Silver, Lead, and Hell are raised in the Slocan and if you don’t have a hand in producing these articles, your services are not required.” —Sandon Paystreak, Colonel Robert Thornton Lowery

The first electrified city in BC wasn’t Vancouver, Victoria, or New Westminster. It wasn’t even in the Lower Mainland.

This wasn’t just a town, it was a cultural hub, and a place to be. At one point, 28 saloons, 29 hotels, two theatres, three churches, three breweries, three sawmills, two newspapers, a schoolhouse, a hospital, a bowling alley, a curling rink, two railways, and a massive Red Light District spread across Sandon’s controlled flume. And for years, it worked.

1900 was the start of the end as a devastating fire tore apart the buildings. What folks the blaze didn’t take out, the dwindling silver and lack of land did. Then came the first World War draft in 1913. 20 years later in 1933, a log jam washed out chunks of the town. 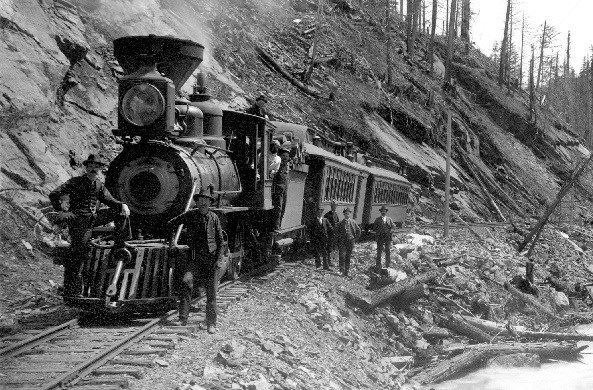 1941 brought a resurgence in population (if you could call it that). Sandon was the site of one of BC’s Japanese Internment camps.

By 1955, with only 30 people left, the already narrow flume was again clogged. The spring melt pushed more water down Carpenter Creek. Creating a washout forcing the remaining families to move on from the town that had already moved on from them.

Most remaining buildings were eventually dismantled, the train tracks never restored. The city has been pilfered through for decades. Leaving only scraps, and somewhat of a parking lot for the town owner’s transportation collection.

I admittedly like the new additions—including a train and vintage Vancouver busses, which you can freely take photos of. What’s left is breathtaking: the stories, the few buildings, the mill, and the gentle buzz of BC’s first electrified city. 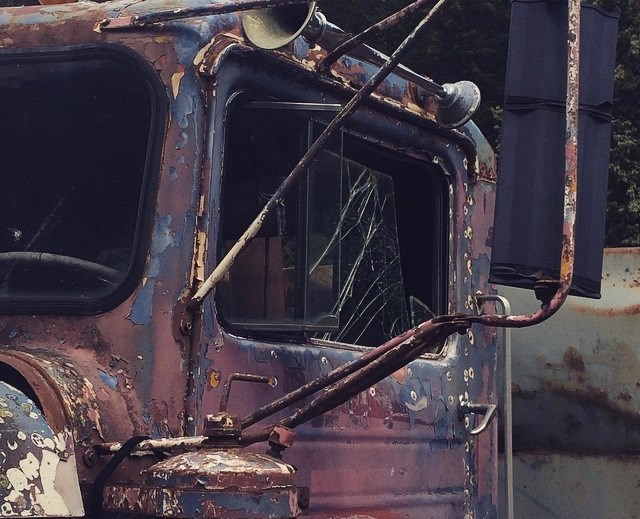 As you enter, following a dirt road, you start to see the small pilings of the flume. Carpenter Creek still flows through the centre of the town, and the mountains drain straight into it. Sandon is set into a narrow valley, tipping with tall cedars and rock—which has an oily sheen from the galena ore. When touched, it crumbles.

On a trip to Sandon last May, one of the residents showed me his photo album of the town. Among pictures of his kids exploring, woodworking, standing neck deep in snow was a photo of his home burning down. One of two structures taken in a 2008 fire.

But a few buildings do remain - a restored brothel, the city hall (now a museum), the fire station, and a sprinkling of sheds and cabins. The obvious favourite is a mill, further up the dirt road, sitting precariously in the small ghost town of Cody. On the other end of the Sandon, the generator house, and the start of the road to Idaho Peak. A steep, 12-kilometre dirt road leading to one of the most beautiful view points in the area. The drive is definitely not for the faint of heart, and is not accessible until all of the snow melts (early June). 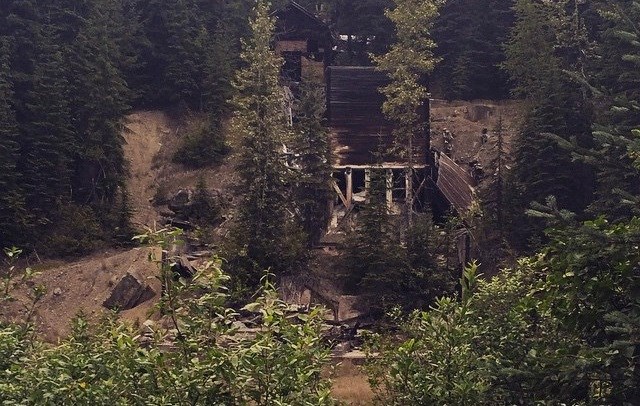 It’s 10 hours from Vancouver, 11 if you take the Galena Lake Ferry (which you should, because it’s free and beautiful). Sandon was incorporated as a city in 1898, and had 35 billion dollars of silver, zinc, and lead, in today’s value, taken from its nearby hills. That’s more profit than the California, Yukon, and BC Gold Rushes combined.