One of the themes of this year’s Vancouver Heritage House Tour will be “adaptable heritage" - the ability to adapt and survive through the generations.
0
May 14, 2019 2:33 PM By: Naoibh O’Connor

The ability to adapt is often considered a valuable attribute in a person, but it’s also a useful quality for a building if it’s to survive through the generations.

This year’s Vancouver Heritage Foundation Heritage House Tour pays homage to that idea, with “adaptable heritage” as one of its themes.

“Quite a number of the [homes on the tour] have had either historical adaptations to different uses or have, more recently, been adapted or updated in some way to meet current needs,” explained VHF executive director Judith Mosley.

In some cases, it’s been through division into suites to create more housing or through the addition of basement suites.

“Adaptability is something that is important for older buildings as they go through their life cycle. It’s often something that happens to them along the way as a way of keeping them relevant,” Mosley said.

“Certainly, houses in Vancouver have shown to be very adaptable while still retaining character and that connection to the history of the place. Some sites have been adapted better than others, and in more sympathetic ways than others, but it’s something we talk about on the heritage conservation side of things — keeping a building in use. Finding a compatible use for it is a really important way for it to have a future.”

The 2019 self-guided Heritage House Tour, which runs June 2, includes the West End’s Weeks House. The 1890s heritage home, located in Barclay Heritage Square, was saved from demolition with several other homes thanks to community efforts.

“Weeks House, particularly, found new use for a charity — it’s the home of Vancouver Friends for Life Society, and the house format lends itself really well to their programs and to that use,” she said. 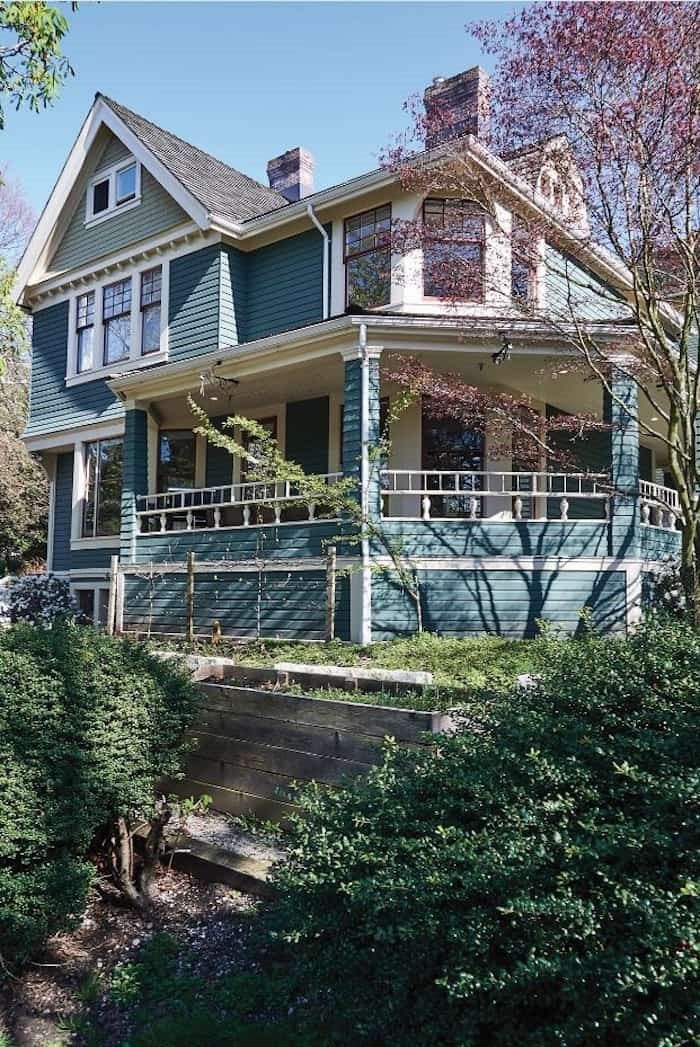 The Heritage House Tour includes a stop ay the West End’s Weeks House. The 1890s heritage home, located in Barclay Heritage Square, was saved from demolition in the 1990s with several other homes thanks to community efforts. Photo Martin Knowles

Another stop in the West End is a former duplex from the 1930s with three suites. Two of its units were later converted into a bed and breakfast and it was an early venue for same-sex marriages, before the property was converted back to single-family use.

Granville House Montessori School on Granville Street, located where York House school was originally founded, is also part of the tour. Mosley said it began as a large family house that was adapted to a school use, after which it went through a few other iterations before being transformed into the Montessori pre-school.

“The spaces have been adapted and, obviously, the building has been updated but the house format works really well,” she said.

Tour participants can also visit a home where the family chose to add a second floor to what was a modest character bungalow to create the space they needed rather than demolishing it.

“It’s a really clever adaptation that’s retained interior character on the main floor and something that could be a good model for other houses,” explained Mosley, while adding that another homeowner whose house is on the tour introduced energy retrofits to improve the home’s efficiency. Other updates were added using a “fairly light touch,” enabling the property to retain a lot of character while reducing its carbon footprint quite substantially. 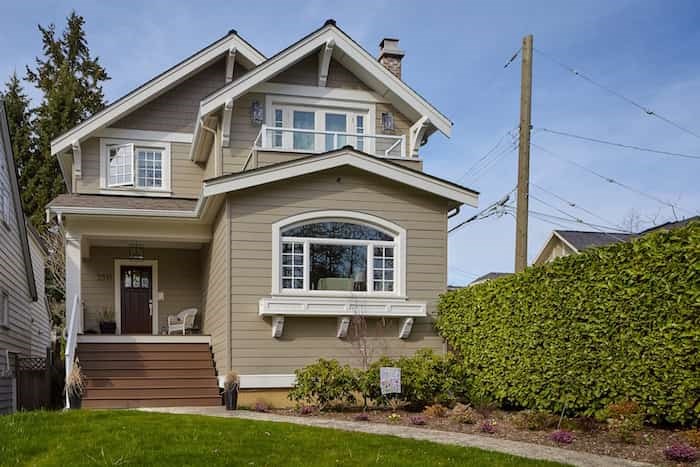 Another stop in the West End is a former duplex from the 1930s. Its uses have changed over the years. Photo Martin Knowles

One of the more well-known stops will be Crofton House where at the heart of the school is what’s called the “old residence.”

The Kerrisdale property started out as a substantial estate and house. The school moved to the site from the West End in the 1940s. At one point, the “old residence” served as a boarding house and it features a dining room. As the school campus grew, needs changed and it no longer has boarders.

The building was recently updated and the spaces were adapted for administrative uses.

“But they’ve kept some of the historic spaces and character of the house,” Mosley said.

Key spaces, including the dining room, will be open for viewing on the tour.

Mosley maintains many old buildings are adaptable. Some of the information that will be shared with tour participants will be around how to plan effectively for changes to happen to a heritage building without destroying its heritage value and character.

“That’s a really important part of the process from our point of view in the heritage field. We really encourage people to think about what is special and important about a particular house or place and how can that still be retained if updates and changes are going to be made,” she said. 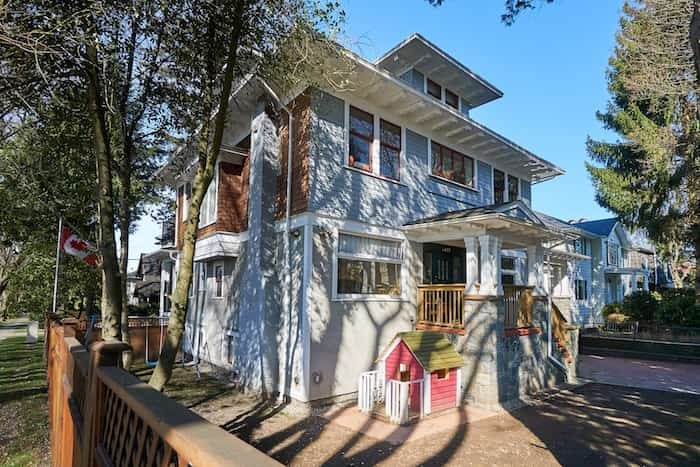 For more information about the Heritage House Tour or the pre-tour lecture, go to vancouverheritagefoundation.org.