The history behind one of Vancouver's most iconic hotels 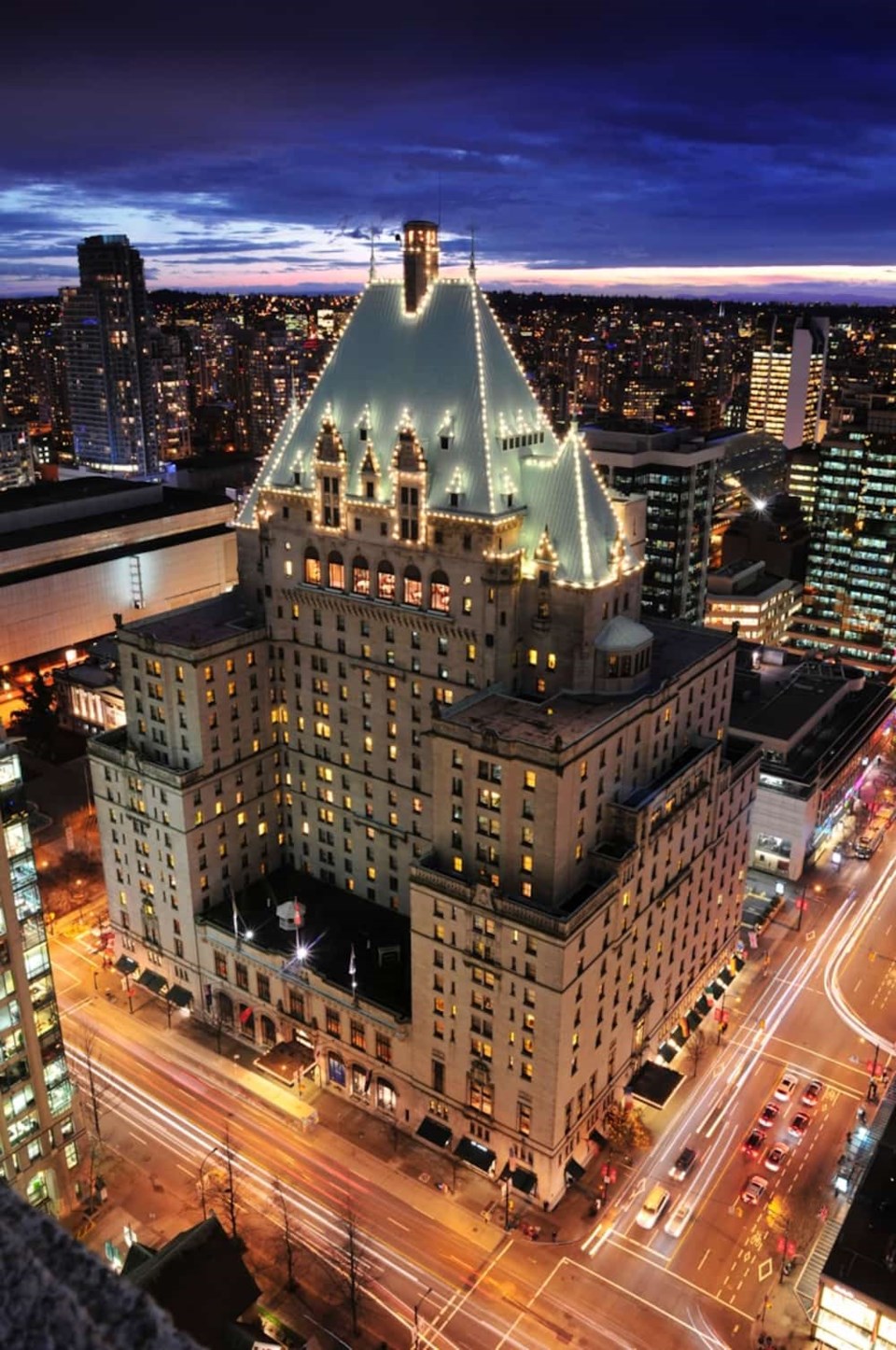 It has been said that buildings have souls. One of the oldest souls along Vancouver’s cityscape is undoubtedly the Hotel Vancouver, otherwise known as the “Castle in the City,” and its châteauesque copper-clad roof and gargoyles are an architectural landmark in the heart of downtown.

Hotel Vancouver is one of Canada's grand railway hotels, which were designed to serve the passengers of the country's then-expanding network, as they celebrated rail travel in style.

Many of the railway hotels were built in this “château style” which became known as a distinctly Canadian form of architecture. The use of towers and turrets, and other Scottish baronial and French château architectural elements, became a signature style of Canada's most traditional hotels.

Originally designed by architects John Smith Archibald and John Schofield, and presently managed by Fairmont Hotels and Resorts, Hotel Vancouver was built by Canadian National Railway and officially opened on May 29, 1939 by none other than England’s King George VI and the Queen Mother, who were embarked on a royal tour by train.

Many iconic moments have transpired from then until now, including visits by political dignitaries, royalty, and celebrities of the likes of Indira Gandhi, Diana Ross and Roy Rogers.

This year marked Hotel Vancouver’s 80th anniversary, and in homage to its history, the hotel excavated old memorabilia from the city’s newspaper and photography archives, and collaborated with portrait photographer Dennis Gocer to create a photo exhibition that re-imagines eight decades of iconic moments, through a contemporary lens on traditional storytelling.

The photographs – on display at the hotel’s 80th anniversary celebration in the grand ballroom this past May, and still available for guest viewing — include, in addition to original images of past dignitary and celebrity guests, new depictions of the true story of the legendary Roy Rogers and his horse Trigger sneaking into the hotel’s Panorama Roof restaurant in 1940 for a photo opportunity, a no-nonsense housekeeper with a love for the classics, a craftsman who wanted to leave a reminder of the past, and a spirited socialite who has kept residence at the hotel since 1944 without paying a cent for her stay.

“So the idea behind the project was, if people were expecting a history brochure, let’s give them those moments in history reimagined. “Guests can come and see the historic photos, both of the architecture and of celebrities. The hotel has such a unique history that deserves to be told.”

“Traditionally Unexpected” was the project’s theme, and while celebrities like the legendary Roy Rogers and his horse Trigger were figured prominently, so too was the hotel’s notorious unpaid guest ⁠— the Lady in Red.

The apparition has appeared to more than a few over the years ⁠— the figure, they say, is former Vancouver socialite Jeannie Pearl Cox, who frequented the hotel for teas, dances and social events, and who died nearby in 1944 in a car crash.

“But they say ghosts return to where they were happiest, so she ended up back at the hotel, in a stunning red dress,” MacDonald says.

Of the many reported sightings of the Lady in Red over the years, most compelling is one on the 14th floor, where dummy shafts, originally installed during the 1930s in anticipation of an expansion, are unused but in plain sight on 14th lobby floor, unlike other floors.

In a report by a staff member of more than 30 years and still in service today, a bellman never forgets the night on the 14th floor he turned to see the dummy elevator shaft open ⁠— and the Lady in Red standing there.

MacDonald says that while many Hotel Vancouver staff have spirited tales to tell of surprise on-shift encounters, fear is not a factor, as they tell of “helpful ghosts.”

Today, for the iconic Hotel Vancouver, it is not so much her enduringly ornate opulence, but her stories that make her the richest of castles.

Squamish Nation releases statement about Gassy Jack and his 12-year-old wife
Jun 23, 2020 10:12 AM
Comments
We welcome your feedback and encourage you to share your thoughts. We ask that you be respectful of others and their points of view, refrain from personal attacks and stay on topic. To learn about our commenting policies and how we moderate, please read our Community Guidelines.