In honour of The Gulf of Georgia Cannery National Historic Site’s new exhibit, The Pull of the Net: Commercial Fishing in Canada, we’re taking a look back at how the province has been shaped by the diverse laborers of BC’s fishing industry.
V.I.A. May 18, 2017 1:03 PM

In honour of The Gulf of Georgia Cannery National Historic Site’s new exhibit, The Pull of the Net: Commercial Fishing in Canada, we’re taking a look back at how the province has been shaped by the diverse laborers of BC’s fishing industry. 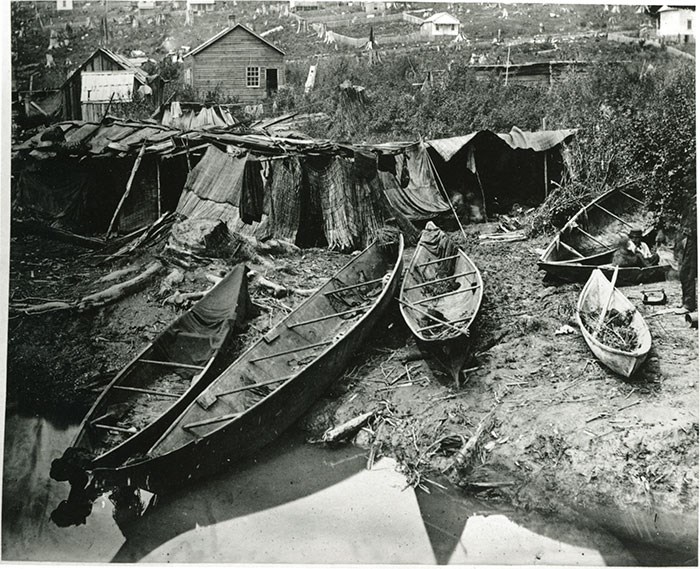 Fishing has always been a fundamental part of life in British Columbia, particularly near Steveston. Because of the area’s natural abundance and proximity to salmon spawning grounds, Coast Salish First Nations were able to live off the area’s resources since time immemorial. Settlement in coastal areas soon began to swell and in the 1800s, Japanese, Chinese, and European immigrants joined the First Nations in harvesting and processing the catch. Then came the canneries. 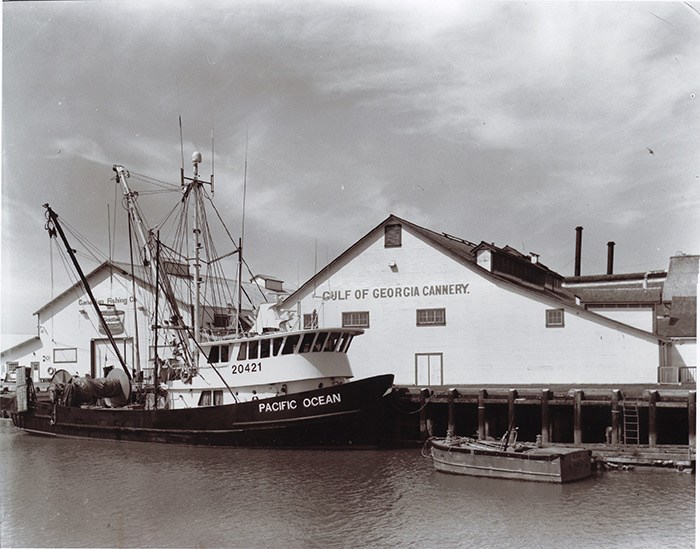 The Gulf of Georgia Cannery opened in Steveston in 1894, where it remained the largest cannery in the province for just shy of a decade. The “Monster Cannery" produced millions of cans of salmon each year, necessitating a humongous workforce that was initially comprised of the local First Nations and the Chinese laborers, who had just finished work on the CP Railway. As the industry continued to grow (which it most certainly did), BC’s fishing industry became a beacon of opportunity for laborers all over the world. 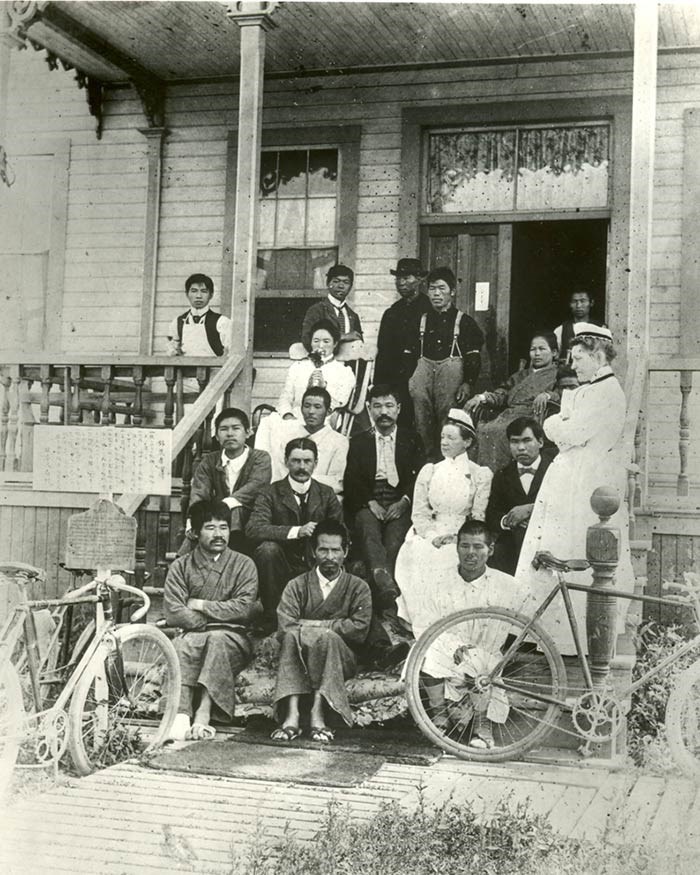 Joining the First Nations fishermen on the Fraser was a large workforce of fishing laborers from Japan. The first Japanese settler came to Steveston by steamship in 1887. One fisherman named Gihei Kuno, from a small village in Wakayama, Japan, wrote home to entice his fellow villagers to make a living fishing salmon in Steveston, eventually convincing half the population (1,000+ people!) to relocate. Kuno garden has been dedicated to this pioneer (at Garry Point Park in Steveston), and with so many descendants of these first settlers living in Richmond, Wakayama, Japan is now considered its sister city. 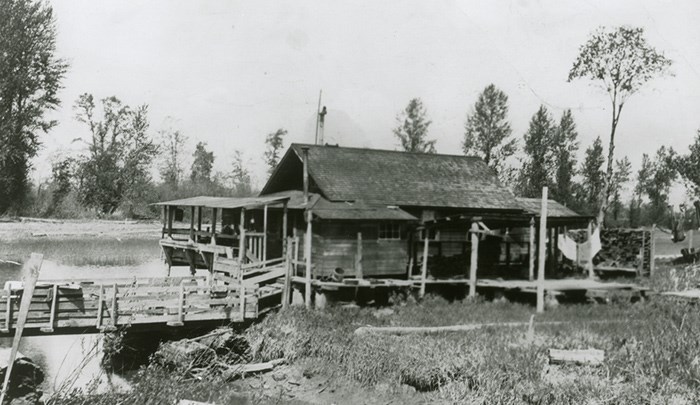 Greek settlement on Deas Island from The Monster Cannery.

Fishing attracted immigrants from all over Europe and by the early 20th century, small populations of Norwegian, Swedish, Italian and Greek began to flourish throughout Steveston, Ladner and Delta. In particular, a small group of immigrants from Greece settled on Deas Island around 1895. The United Fishermen and Allied Workers’ Union (UFAWU), one of the largest and most powerful unions in BC, was formed under the leadership of co-founder Homer Stevens, the grandson of Greek fisherman John N. Yannaris (Stevens). 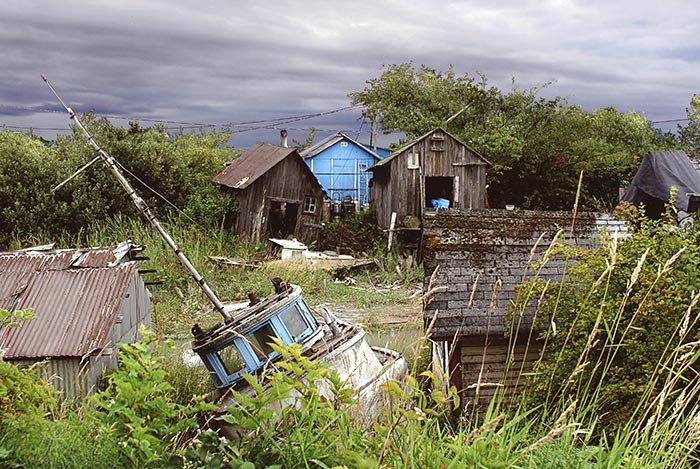 Finnish immigrants bought land near Steveston in the 1890s, which by the 1910s became known as the fishing village of Finn Slough. Dykes around Richmond were being hand-built at that time, but with no dam at the south end of the settlement, is was easy for the Finns to take their fishing boats right up to their houses. Their homes were built on pilings to protect them from high tides, and one of the first and most important structures to be built here was the communal sauna. Finn Slough remains today a colourful ‘off the grid’ village of artists and residents living off the land, on the outskirts of Richmond. 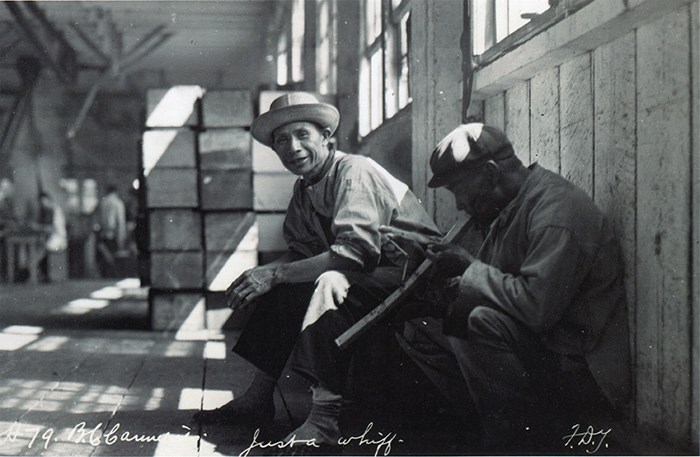 Despite the anti-immigrant sentiments of the 19th and 20th centuries, many immigrant populations managed to establish their own place within Steveston. With the completion of the Canadian Pacific Railway in 1885, hundreds of Chinese men provided labour needed for growing number of canneries on BC’s west coast. Most of these men didn’t work as fishermen however, instead they butchered salmon, soldered can lids, and loaded cans to cook in the retort ovens. While Vancouver was famous for its Chinatown, Steveston had a small one of its own, complete with stores like “Richmond’s first supermarket”, Hong Wo & Co.

To learn more about the BC’s fishing history, visit The Gulf of Georgia Cannery National Historic Site in Steveston. Their new exhibit, The Pull of the Net: Commercial Fishing in Canada, explores the historical and modern importance of fishing for all Canadians and is suitable for visitors of all ages.