Men wore suits to the beach in the 1920s 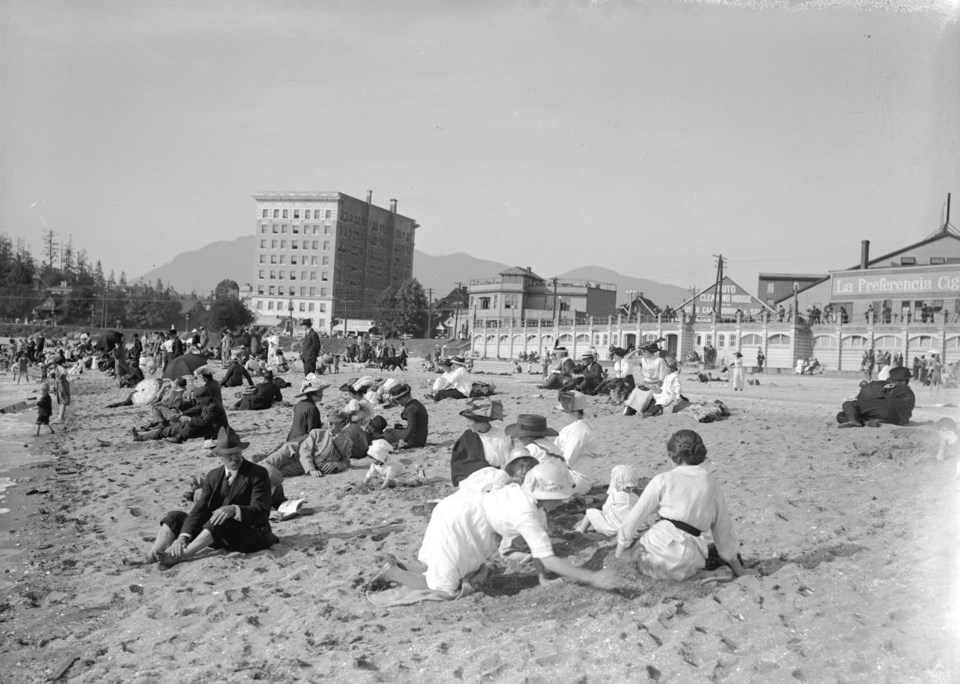 A pleasant sunny summer scene would seem to be a good antidote to the forecasts of late.

This photo from the Vancouver Archives shows beach goers enjoying the sands of English Bay, circa 1920.

The Sylvia Court Apartments (now the Sylvia Hotel) built in 1912 looms as the tallest building in the background.

The bathing pavilion that separates the sands from Beach Avenue was designed by E.E. Blackmore in 1907 and completed in 1909. In 1939 it was converted into Vancouver’s public aquarium, its original function having been usurped by English Bay’s current bathing house which was built in 1931.

The buildings that appear directly behind the bathing pavilion sit on the land now known as Morton Park. In this image, an auto clearing house and garage are shown occupying that space.

Learn all about BC's Black pioneers with this online exhibit
Jan 16, 2021 4:55 PM
Comments