The 2021 Vancouver Polar Bear Swim isn't taking place as expected, due to the ongoing pandemic. Organizers have cancelled the public swim at English Bay, and are instead urging folks to take a chilly "Polar Bear Dip" in their own bathtubs, pools, or ponds on January 1, 2021. While we count down to 2022, let's take a look back at the history of one of the world's oldest Polar Bear Swim events right here in Vancouver.

All it took was for one man with a conviction that people could go for a swim like him in English Bay every day of the year--including New Year's Day--to launch Vancouver's century-old Polar Bear Swim. 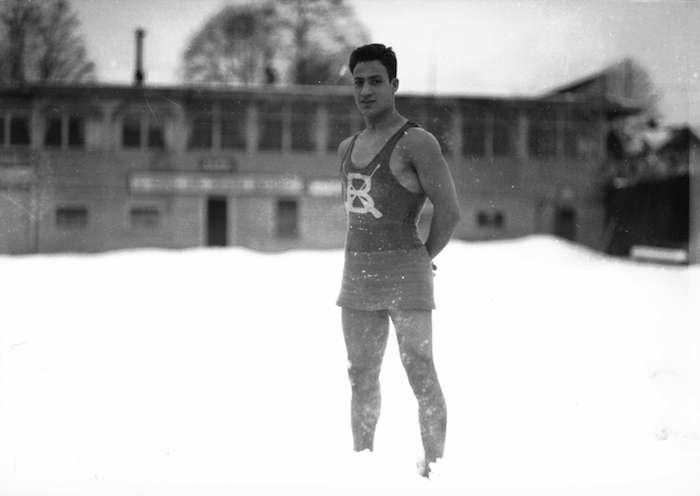 The man was Peter (Pete) Pantages, a Greek immigrant with showbiz in his family tree, a popular restaurant of his own, and the charm to have talked some buddies into plunging into the frigid Vancouver waters on January 1, 1920, essentially inaugurating the Polar Bear Swim.

If the Pantages name sounds like it should be up in lights on the outside of a theatre, well, that's what it was (and remains, in many North American cities). Pete's uncle Pericles Pantages--who preferred to call himself Alexander, after Alexander the Great--ran Vancouver's Pantages theatre, which was located at 152 East Hastings Street.

Built in 1907, Vancouver's Pantages theatre was vacant for nearly twenty years when it succumbed to the wrecking ball in 2011.

Alexander Pantages had a slew of nephews and cousins who helped him run this theatre and other Pantages theatres in his portfolio and a west coast vaudeville circuit boasting over 70 venues.

Pete Pantages, who was helping out with the family theatre business in Vancouver when he first moved to town, reportedly liked to swim up to three times a day in English Bay, according to writer and historian Eve Lazarus. 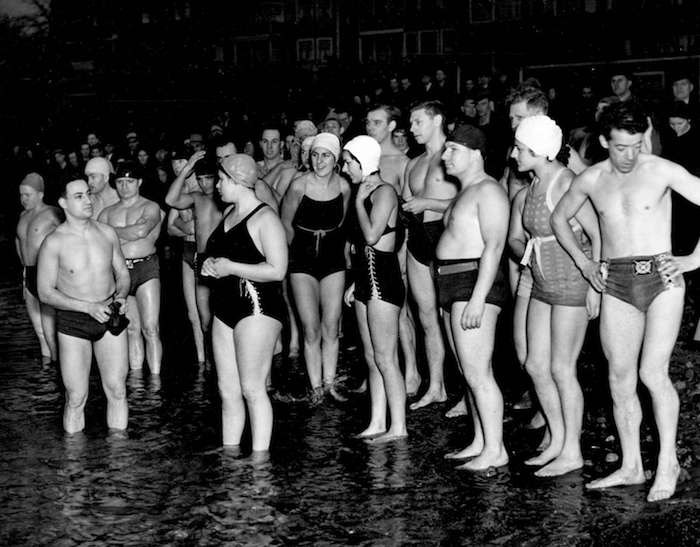 The Polar Bear Swimmers get ready to go in, January 1, 1939 (Vancouver Archives)

So confident you could swim in English Bay any and every day of the year, Pete convinced five or so friends to jump in with him on the first day of 1920. Pantages ended up started the Polar Bear Swim Club.

"The Vancouver Polar Bear Swim Club is one of the largest and oldest Polar Bear Clubs in the world," touts the City of Vancouver, drawing in about 2500 participants a year in modern history. The event is thought to be the first of its kind in Canada.

It was just a few years later that Pete Pantages went on to put his name on what ended up being another piece of Vancouver history, his restaurant, the Peter Pan Cafe. 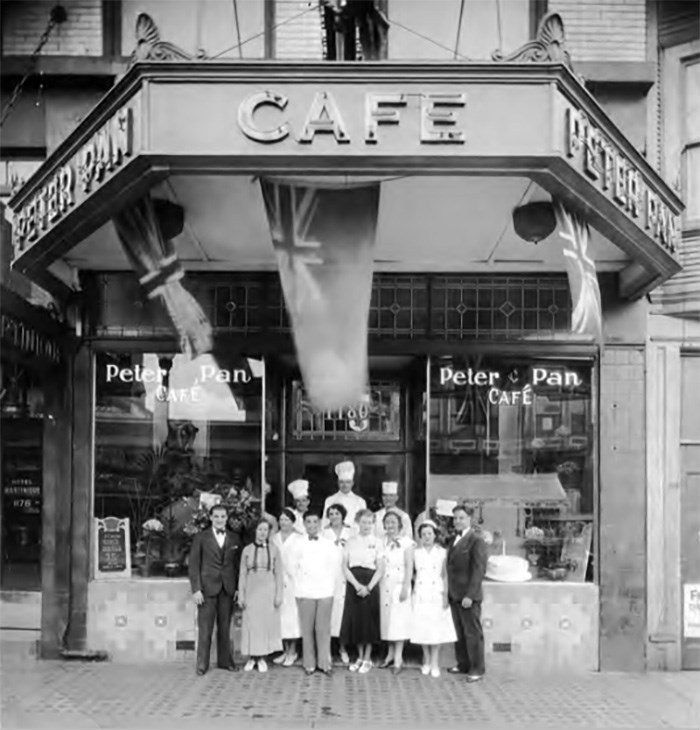 There were two locations of the Peter Pan Cafe; the first opened at 1138 Granville in 1929, but in 1934 Pantages moved the restaurant to 1180 Granville, next to the Hotel Martinique. These days, you'll find a Wings franchise in the spot.

"The restaurant was a popular spot to celebrate birthdays, anniversaries or any other special event, not to mention just enjoying lunches, dinners or a late snack after the theatre," according to a newsletter from the Vancouver Historical Society.

Pantages' son Basil told the Vancouver Courier in an interview once that his dad did not own a car and would walk everywhere, including from the restaurant to Stanley Park and back during the break between the lunch and dinner shifts.

In addition to keeping busy with the cafe and the Polar Bear Swim Club, Pantages ran the Peter Pan Hall, a meeting place and venue that was located at 1636 West Broadway (now several retail businesses).

Pantages died in 1971, and his son continued to run the restaurant for a few more years until it closed down. The home where Pantages and his wife, Helen, lived from 1925 to the 1970s still stands at 343 East 13th Avenue in Mount Pleasant.
In 1972, an annual swim of 100 yards was established to honour Peter as part of the Polar Bear Swim.

Various members of the Pantages family, including Pete's children and grandchildren, have continued to participate in the annual chilly plunge. On January 1, 2016, you would have seen Pantages' granddaughter Lisa participating, wearing her grandfather's wool swim suit, to boot. She's set to do her 59h Polar Bear Swim - err, Dip - from her own backyard.

“Polar Bears know that the annual swim is all about community and tradition, but for 2021 we need to adapt to keep our community safe," said Pantages. "For my 59th swim (all but one in English Bay), I will be in my fish pond, which is a pleasant 6°C."

This article originally appeared on V.I.A. on Dec 27, 2017, and has since been updated with new information.