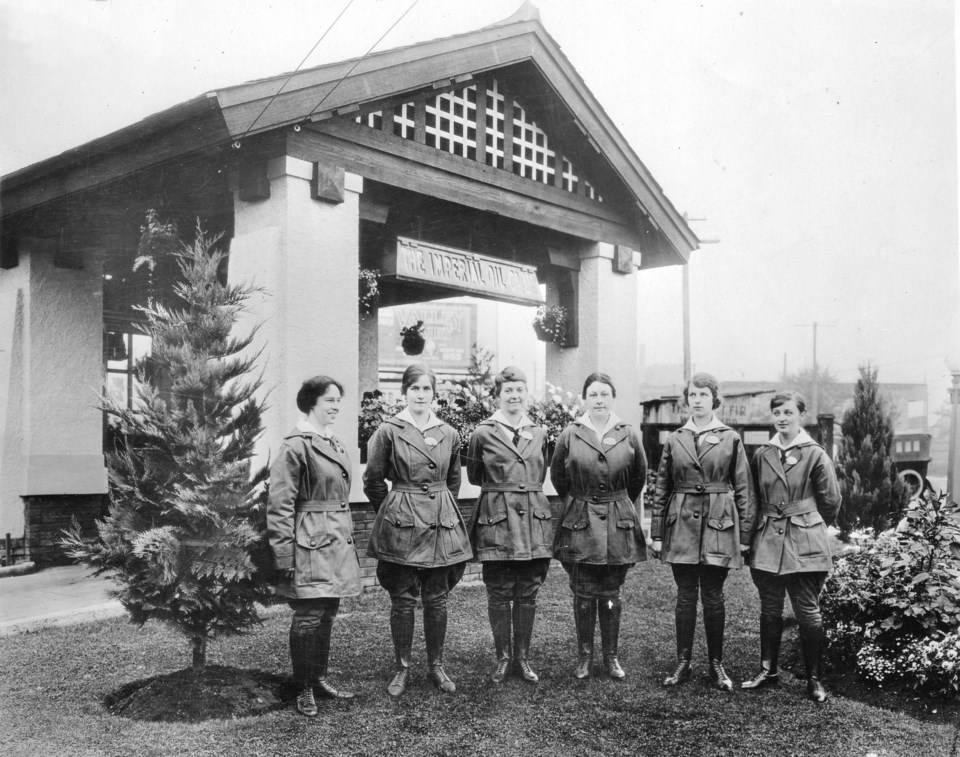 As with most businesses during the First World War, female workers filled roles vacated by men serving in the War.

This particular service station was located on the southeast corner of West Broadway and Granville Streets, and known as the No. 2 Imperial Oil Company station, No. 1 being located at Cambie and Smithe.

The No. 2 Station had opened around 1916. At the time this photograph was taken, there were very few service stations in Vancouver; a total of four according to the City’s first Archivist, Major Matthews, who annotated a print of this photograph in the Archives.

This service station persisted until 1929, when it was replaced by the Gothic-inspired Dick Building that still stands as a heritage designated site in the city.