Time Traveller: The story of Maisie Hurley and The Native Voice

The newspaper became the official publication of the Native Brotherhood of B.C.
May 16, 2021 9:05 AM By: North Shore News 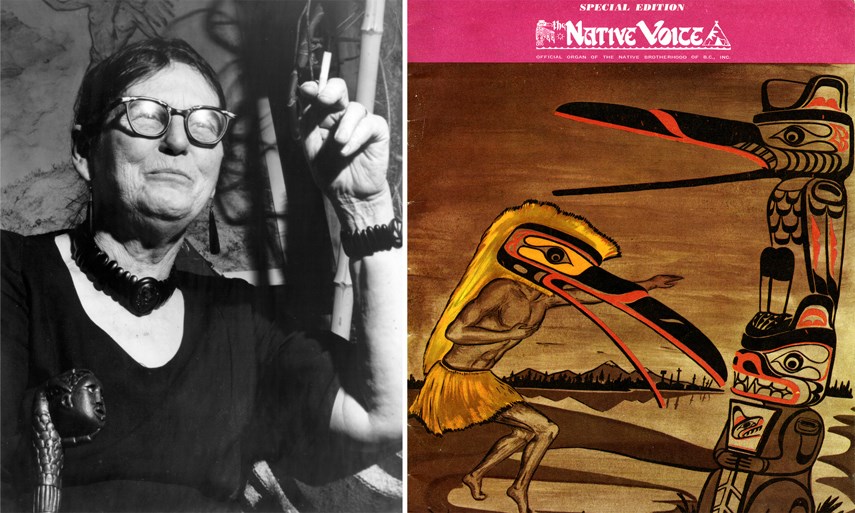 This image shows Maisie Hurley (1887-1964) and the cover of an edition of The Native Voice, the country’s first First Nations newspaper that Hurley founded and published starting in 1946. It became the official publication of the Native Brotherhood of B.C.

Maisie was an early Indigenous ally and an Indigenous activist from the 1940s until her death in 1964. She used The Native Voice to call on governments to give First Nations people the vote, open the doors to law school, and address Indigenous land claims.

The cigar loving and cigarette smoking Maisie met her second husband, Tom Hurley, Vancouver’s leading criminal lawyer, at a boxing match. She became his secretary and together they provided legal help to Indigenous people who couldn’t afford to pay.

Recently deceased lawyer, politician and judge, Thomas R. Berger who was best known for his work to recognize Indigenous land claims, once said the following about Maisie Hurley: “You must remember that no one in law school [in the 1950s] spoke of the rights of Native peoples, Aboriginal peoples...Maisie introduced me to the whole topic.”

Visit the MONOVA website for more information about the history of the North Shore and to learn about MONOVA: Museum of North Vancouver opening in 2021.

Currently, the Archives of North Vancouver at 3203 Institute Rd. in Lynn Valley is open by appointment only. Contact: archives@monova.ca