Almost 50 years after the discovery of a mysterious claw in Northern B.C., the first dinosaur unique to B.C. has been officially recognized.
0
Nov 7, 2019 7:22 AM By: Glacier Media 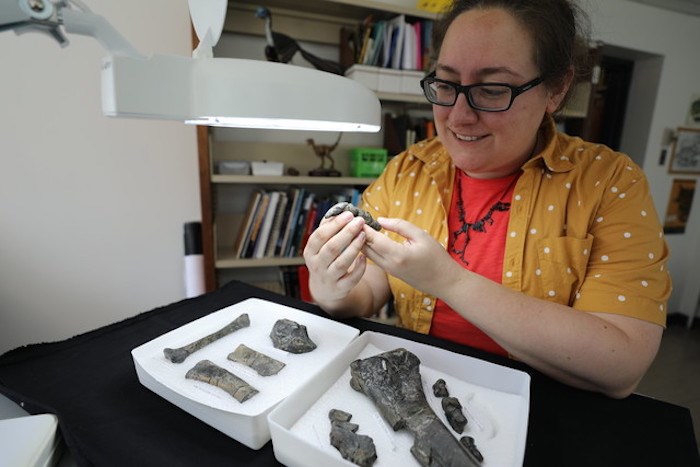 Almost 50 years after the discovery of a mysterious claw in Northern B.C., the first dinosaur unique to B.C. has been officially recognized.

Dr. Victoria Arbour of the Royal BC Museum published an article Thursday in PeerJ - the Journal of Life and Environmental Sciences, describing Ferrisaurus sustutensis, an entirely new species of dinosaur that has only been found in B.C.

Ferrisaurus sustutensis means “the iron lizard from the Sustut River,” a reference to the fossil's discovery place in 1971 by a geologist working on a railroad.

“Luck may have played a role in discovering this specimen, but it was only through thorough research that the world now recognizes this as a new species,” said Jack Lohman, CEO of the museum.

Ferrisaurus belongs to the family of dinosaurs known as Leptoceratopsidae, which are closely related to the Triceratops. The ferrisauris was a hornless, parrot-beaked plant eater that was about 1.75 metres long and weighed about the same as a bighorn sheep.

The fossil found in 1971, named Buster by Arbour, is now part of the Royal BC Museum’s paleontological collections in Victoria.

In 2017, Arbour led an expedition to the Sustut River where Buster had been discovered, and found new fossils, including plants and part of a turtle.

Arbour then made trips to the Canadian Museum of Nature in Ottawa, the Museum of the Rockies in Bozeman, Montana, and the Children’s Museum of Indianapolis, all of which had relatively complete skeletons of ferrisaurus species for comparison.

Extrapolating from those skeletons and working from the specimens collected in B.C., Arbour and a collaborating scientist were able to put together a likely approximation of Ferrisaurus sustutensis.

The creature is believed to have had a parrot-style beak and lived as a plant eater. But little else is known, since relatively few fossils have been collected.

“It probably walked on four legs most of the time, but might have walked on two legs some of the time,” said Arbour. “It had a short stubby tail instead of a long slender tail like some dinosaurs.

“It’s a group of dinosaurs we still don’t know an awful lot about. That’s another thing that’s pretty cool about this species.”

The fossils of the Ferrisaurus sustutensis are on display until Feb. 26 at a pocket gallery called B.C.’s Mountain Dinosaur on the main floor of the Royal B.C. Museum. The display is open to the public, free of charge.