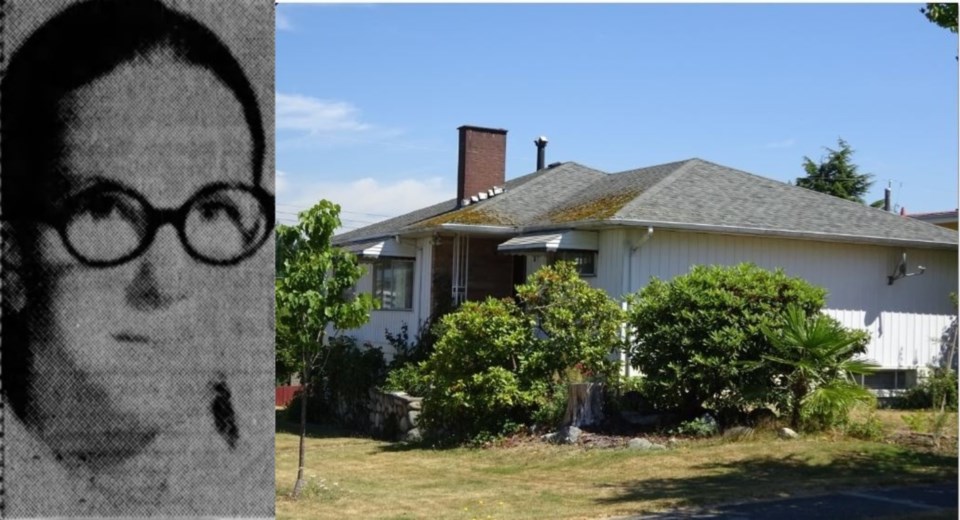 Theresa Louise Wise, known as Louise to her friends, turned 17 the week before she was murdered.

A grade 11 student at Windermere Secondary, Louise was the oldest of four children and lived in the Renfrew area of East Vancouver. Her father, Jack Wise was a constable with the Vancouver Police Department.

Louise’s friends knew her as a friendly, hard-working, and deeply religious girl who was a member of the Future Nurses Club, participated in Bible study class, and volunteered at the hospital.

In the summer of 1971, Louise was hired as a "flower girl" and became one of the ubiquitous teens stationed with flower carts outside liquor stores and hospitals.

Louise had convinced her parents to let her stay at home by herself while they took the younger children on a family holiday to Birch Bay, in Washington state.

Louise phoned her friend Gail on the day that she died. She told Gail that her family was away on holiday and asked if she would come over. When Gail arrived, she was surprised when Louise asked her about her boyfriend Al and confided in Gail that there was a man who had been bothering her at her flower-selling job. He had insisted on walking her home the previous evening she told Gail, and that he made her uncomfortable because he behaved aggressively toward her. He was older, probably in his mid-twenties, and had told Louise that he was from Hamilton, Ontario.

Louise asked Gail to spend the night, but Gail had a date with Al and said that she couldn’t stay. The girls left together—Gail to her house, Louise to a church service.

No one saw a man around Louise’s house that night. Because there was no forced entry, police believe that he’d either followed her home from church or was already waiting for her at the house when she got back. Likely not knowing what to do, the young girl may have let him in.

A neighbour of the Wises, who had been holidaying at Birch Bay with the Wise family, returned to Vancouver early and promised that he would check in on Louise.

When he couldn’t reach her by phone, he went to the house on Thursday around 11 a.m.

He found Louise dead in the living-dining room. She had been raped and stabbed. The knife was still in her chest.

In 1996, the Provincial Unsolved Homicide Unit launched with a mandate to reinvestigate cold cases. That year the province had about 700 unsolved murders on its books, and DNA was successfully used to solve some of them. But when detectives took another look at Louise’s file, they found that the murder knife was missing from the evidence room and any chance of retrieving the killer’s DNA was lost.

Eve Lazarus is a reporter and author, and she hosts and produces the Cold Case Canada true crime podcast. Her books include the B.C. bestsellers Murder by Milkshake; Blood, Sweat, and Fear; Cold Case Vancouver and Vancouver Exposed: Searching for the City’s Hidden History. She blogs at Every Place has a Story