Vancouver had an 'official' town fool in the 1960s 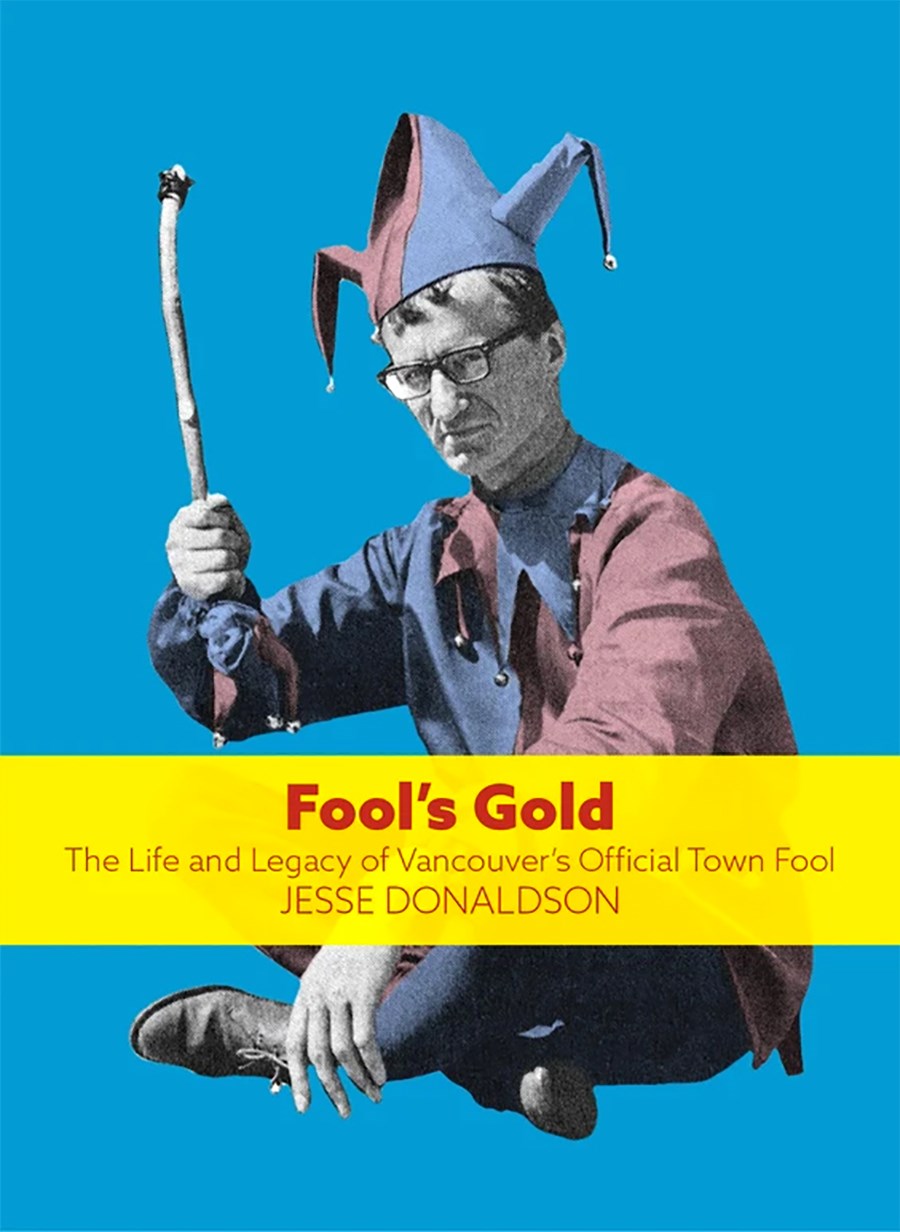 In 1968 an intellectual named Joachim (Kim) Foikis was deemed Vancouver's "official" town fool by the Canada Council for the Arts, and Anvil Press has released a book about his life and times.

Written by Jesse Donaldson, Fool's Gold takes you on a journey into Vancouver's past, as well as the global origins of the practice of having a town fool.

Through interviews with friends as well as newspaper archives from the time, Donaldson has pieced together Kim's turbulent personal life, and what might have inspired him to essentially throw away his two university degrees to... well... act the fool.

Kim's goal in taking on the persona of a fool—complete with a colourful costume that included a pointy hat and bauble—was to challenge people and their beliefs, and what they felt was important in life.

He began this as a personal project, then was given a $3,500 grant by the Canada Council to take it on as a full-time occupation. You could get by for a year in Vancouver on that kind of money then.

While not an official position in the eyes of the City of Vancouver and its conservative mayor, it was as official as we've seen for this bizarre job, which has not been occupied since the early 1970s when Kim left his post.

He spent most of his days as fool outside the courthouse on Georgia, which is now the Vancouver Art Gallery, and while Donaldson's book goes into great detail about what he did there, he digs even deeper into the personal life of the fool, and what drove him.

While thorough, it's a quick 113-page read. This pocketbook (it will literally fit into your back pocket) is the second in a series from Anvil Press called "49.2: Tales from the Off Beat", which share stories from our city's eccentric and unusual past.

While both Fool's Gold and the first book in the series, Land of Destiny (also penned by Donaldson), are worth picking up, the author takes some creative liberties that you might not see in other local historical works, sometimes offering opinions in place of agreed-upon facts.

For example, while illustrating the decline of the town fool and his project, he attempts to paint a picture of a city in a state similar to the fool at that point; sad. He describes the Georgia Straight newspaper in the early 1970s as becoming "little more than a repository for advertisements and adult personals." But the paper was founded in 1967 and was arguably in its heyday in the early 1970s. It would be more than four decades later that the grim description he offers might be close to being a fair one.

Similarly, Land of Destiny, which offers a look back on the real estate industry, sometimes reads like a critique written by an outsider with access to only half of the facts. Sure, real estate in Vancouver is crazy inflated and out of reach for most residents, but a comprehensive and unbiased look at it has yet to be published.

I'd be a fool if I didn't point out the differences between these and local history titles that choose not to editorialize their subjects as heavily. However, again, you should definitely pick up both of these books if you're interested in learning about the history of our city. A ton of work has gone into researching them, they're well-written, and are thoroughly enjoyable to read.

You can find them in local bookstores or online, direct from Anvil Press.