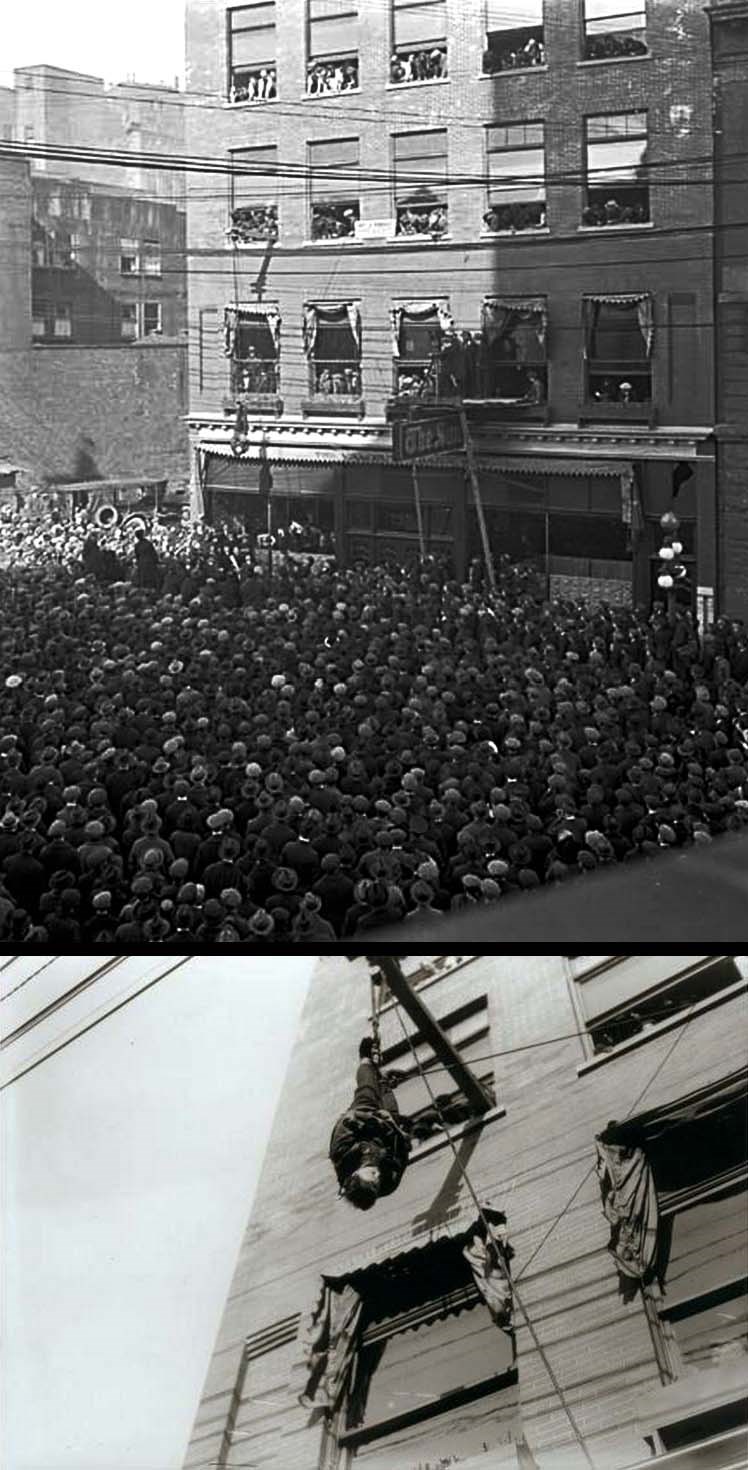 History’s most famous escapologist, Harry Houdini, escaped from a straitjacket while dangling from the exterior of the Vancouver Sun building, 125 West Pender, to promote his appearance at the Orpheum (Jack Benny was also on the bill that night). To ensure there was no cheating, Detectives Sinclair and Ricci were enlisted to strap Houdini into the jacket. Many published accounts have him dangling from the cupola of the Sun Tower, but the newspaper didn’t take over that building until 1937, after this one burned down.