A Vancouver time travelogue brought to you by Past Tense . Stanley Park has much not-so-awesome history for local First Nations.
Lani Russwurm Jun 13, 2012 7:29 PM 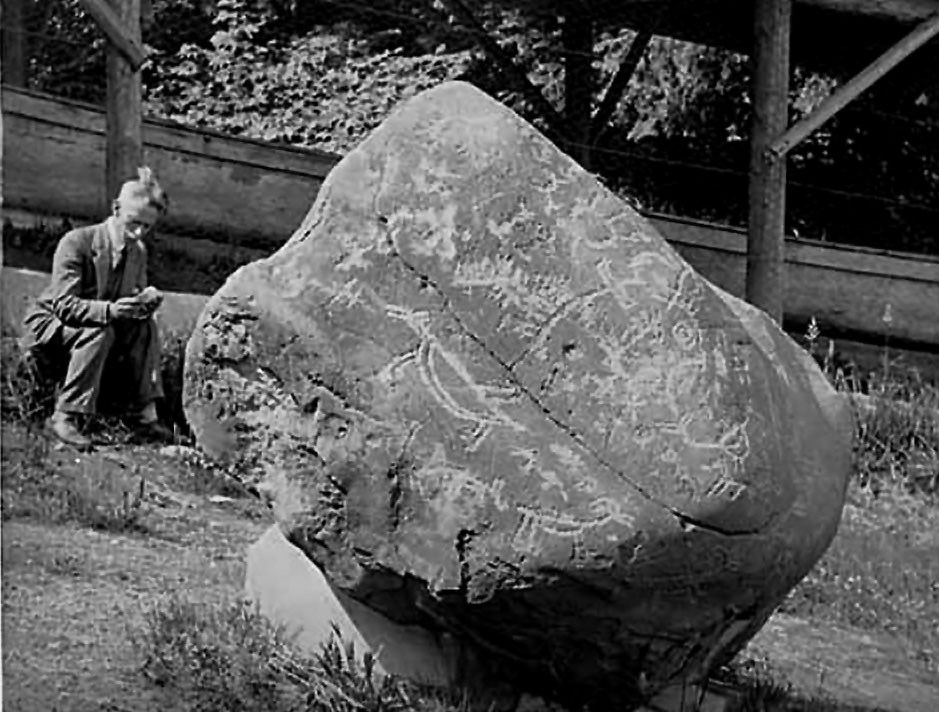 Stanley Park has much not-so-awesome history for local First Nations. This includes the eviction of native "squatters" that lived there, the destruction of an archaeologically significant  midden at Lumberman's Arch, and the desecration of the ancient cemetery grounds on Deadman's Island. Driven by a bizarre colonial sensibility, the City systematically erased traces of native culture from the park and replaced it with artifacts not native to the area (I'm looking at you, totem poles), but which satisfied European expectations of what native culture looked like.

One such artifact is a giant petroglyph boulder that was moved to the park in 1926 as part of an unrealized plan to erect a fake native village, just as native inhabitants were being pushed out.

So what's so awesome about this history? It's not finished yet. The petroglyph rock was eventually moved to the Museum of Vancouver, which has recently cleaned off the moss and lichen and returned it to the Stswecem'c Xgat'tem First Nation from where it came. It now sits in its original location amongst other, smaller, "sister rocks" with petroglyphs, and a ceremony was scheduled for today. This means Vancouver Day will now mark another important event in the city's history, along with George Vancouver's visit to the area, the Great Vancouver Fire, and the opening of the City of Vancouver Archives.