Vancouver Was Awesome: Woodsmen of the West, 1908 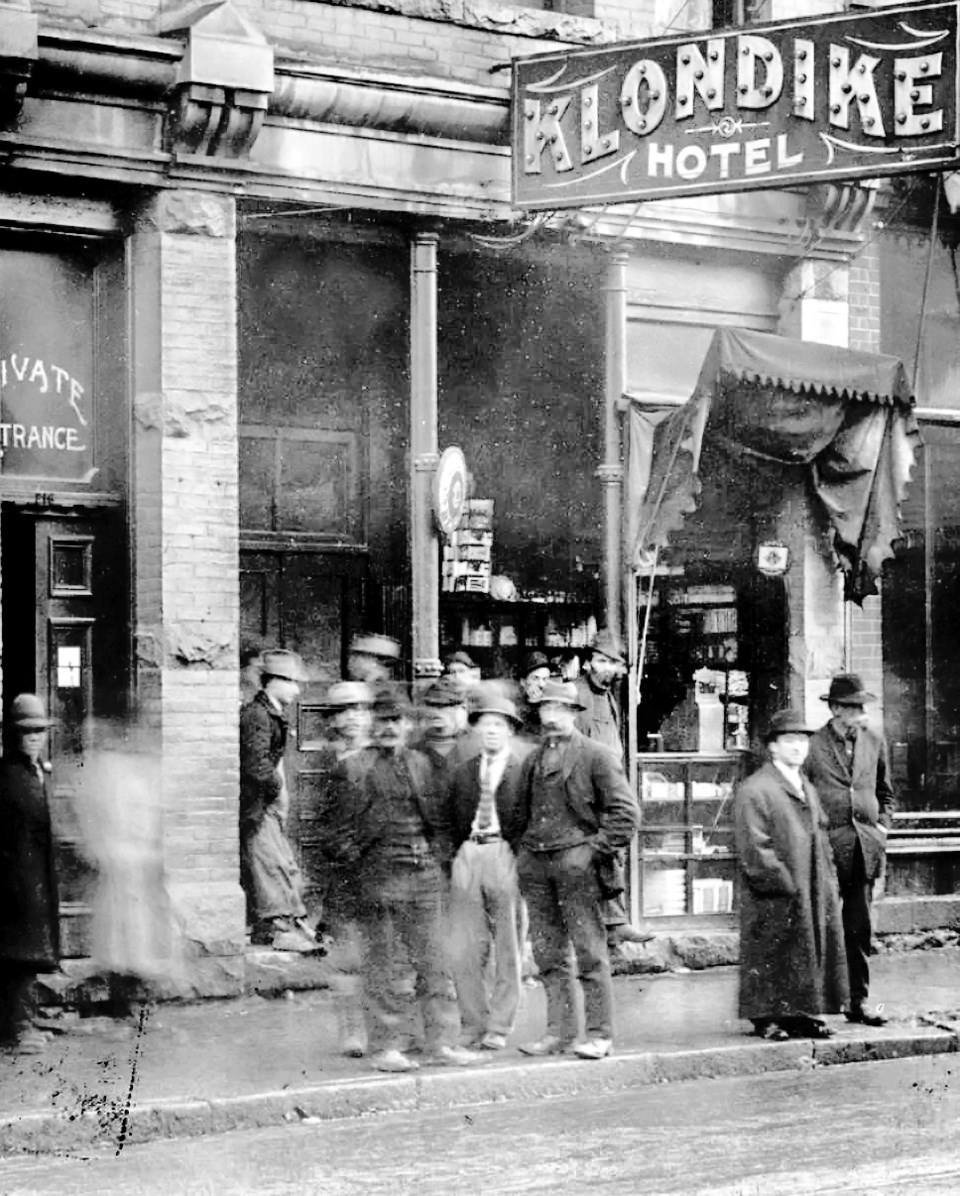 After graduating from the University of Cambridge in 1896, Martin Grainger trekked out to the Klondike gold fields, served in the Boer War, then travelled around BC working as a miner, journalist, and logger.  He went on to become BC’s Chief Forester, was the architect of the province’s first forest practices code, and ran his own logging company. But what Grainger is most remembered for is his 1908 novel set in BC entitled Woodsmen of the West. It's freely available online, but I thought I'd share a passage because the book contains a great description of 1908 Gastown and the clusters of men we often see in old Vancouver photos.

The book begins with the protagonist descending east along Cordova Street, where the storefronts progress from retail shops to employment agencies, hotels, and saloons; where the number of women dwindles to nil, save for the occasional Dupont Street reference; and where the monotony of life between logging jobs is broken with alcoholic misadventure.

The first thing a fellow needs when he hits Vancouver is a clean-up: haircut, shave, and perhaps a bath. Then he’ll want a new hat for sure. The suit of town clothes that, stuffed into the bottom of a canvas bag, has travelled around with him for weeks or months – sometimes wetted in rowboats, sometimes crumpled into a seat or pillow – the suit may be too shabby. So a fellow will feel the wad of bills in his pocket and decide whether it’s worth getting a new suit or not.

The next thing is to fix on a stopping-place. Some men take a fifty-cent room in a rooming-house and feed in the restaurants. The great objection to that is the uncertainty of getting home at night. In boom times I have known men of a romantic disposition who took lodgings in those houses where champagne is kept on the premises and where there is a certain society. But that means frenzied finance, and this time you and I are not going to play the fool and blow in our little stake same as we did last visit to Vancouver.

So a fellow can’t do better than go to a good, respectable hotel where he knows the proprietor and the bartenders, and where there are some decent men stopping. Then he knows he will be looked after when he is drunk; and getting drunk, he will not be distressed by spasms of anxiety lest someone should go through his pockets and leave him broke. There are some shady characters in a town like Vancouver, and persons of the underworld.

Of course, the first two days in town a man will get good-and-drunk. That is all right, as any doctor will tell you; that is good for a fellow after hard days and weeks of work in the woods.