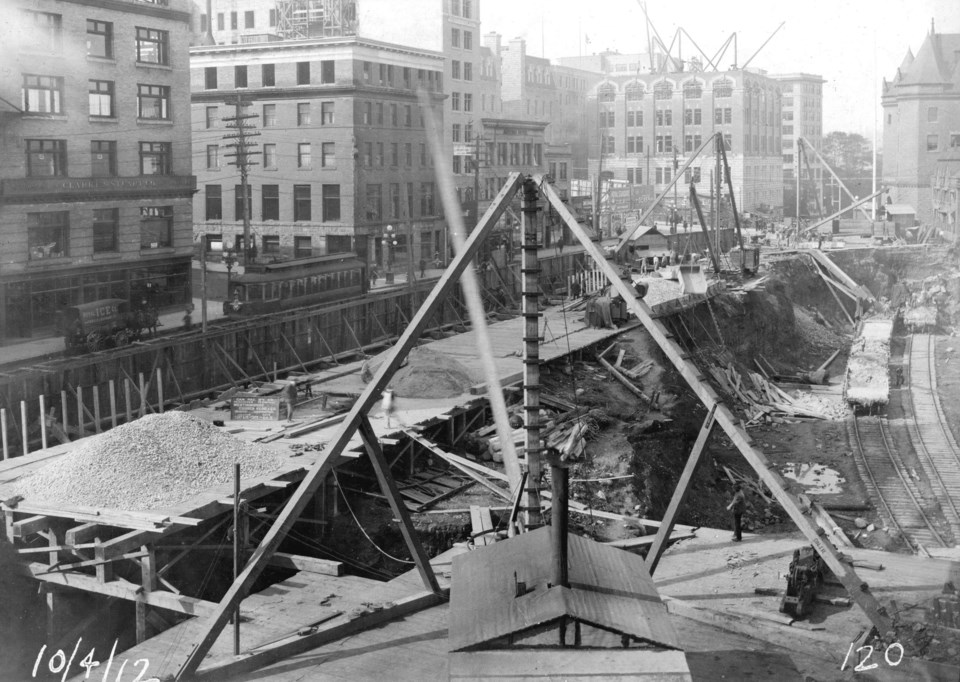 The Waterfront Station area we travel through has undergone dramatic changes as a transportation hub in Vancouver.

The station eventually opened just under two years later in the summer of 1914.

The turret of the second CPR station, with its chateau-style architecture, can be seen on the right edge of the photograph.

This second station had a short-lived existence. Its first stone was laid in April 1898. By 1914, the building was demolished and replaced by more train passenger platforms and a traffic bridge that connected to Pier D where CPR coastal steamers docked.