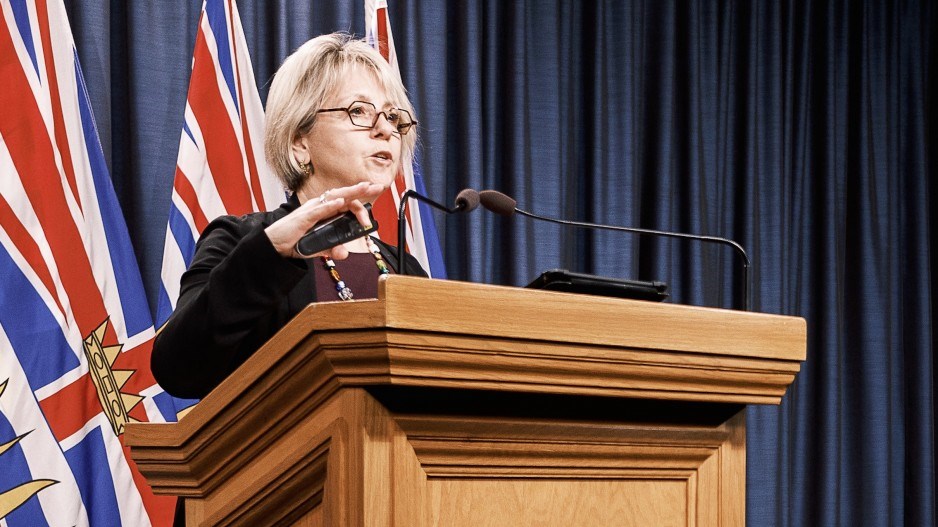 The number of people actively battling COVID-19 in B.C. fell for the fifth consecutive day, to the lowest total since November 6: 4,624.

This number keeps falling as the number of people considered recovered outpaces the number of new infections. While the province detected 536 new cases, there were 712 new recoveries.

The new cases bring the total number of people diagnosed as having the virus, since the first case was detected last January, to 59,608. More than 88.2%, or 52,605 of those people, are considered to be recovered, while the province lost track of 1,341 people who had tested positive and likely left the province.

Unfortunately, seven more people – all seniors, according to provincial health officer Bonnie Henry – died overnight. That brings B.C.'s death toll from the virus to 1,038, since the first death was recorded on March 9. Six of the new deaths were in the Fraser Health region, while one death was on Vancouver Island.

Most of those with active infections have been told to self-isolate, although 362 people have ailments severe enough to be in hospital, with 74 of those in intensive care units.

Health Minister Adrian Dix said that, including new beds that have been added to the hospital system, B.C.'s hospitals are at 71.1% capacity, with its intensive care units at 54.2% capacity. This is down substantially from the same time last year, when the system overall was at more than 100% capacity.

Here is a breakdown of where the 536 new cases were identified:

Henry said that B.C. has detected more-infectious variants of the COVID-19 virus, which are believed to have originated in the U.K., and in South Africa. There have been four cases of the U.K. variant, including three cases that are linked, while the other infection was a traveller. One person has the South African variant, but that person did not travel and health officials do not know how the person contracted the virus.

"Right now, we don't believe that either of those variants are causing a lot of spread of illness in our communities, yet, but we are not by any means, out of the woods," Henry said.

The outbreaks have been declared over at Ts’i’ts’uwatul’ Lelum assisted-living facility in Duncan.

Current outbreaks at 52 seniors' living, and other health facilities, are responsible for 2,230 cases, including ones in 1,454 residents and 776 staff, Henry said.

The 12 hospitals that have active COVID-19 outbreaks are:

The 11 active outbreaks at seniors' living facilities in Vancouver Coastal Health are at:

The 27 active outbreaks at seniors' living facilities in Fraser Health are at:

The two active outbreaks at seniors' living facilities in Northern Health are at Jubilee Lodge in Prince George and Williams Lake Seniors Village in Williams Lake.

The nine active outbreaks at seniors' living facilities in Interior Health are at:

In Island Health, there are three seniors' facilities with an active outbreak of COVID-19: