There may be hundreds of thousands of mail-in ballots yet to be counted, but one thing is certain: Horgan is headed back to the premier's office on Monday.
Oct 25, 2020 8:21 AM By: Canadian Press 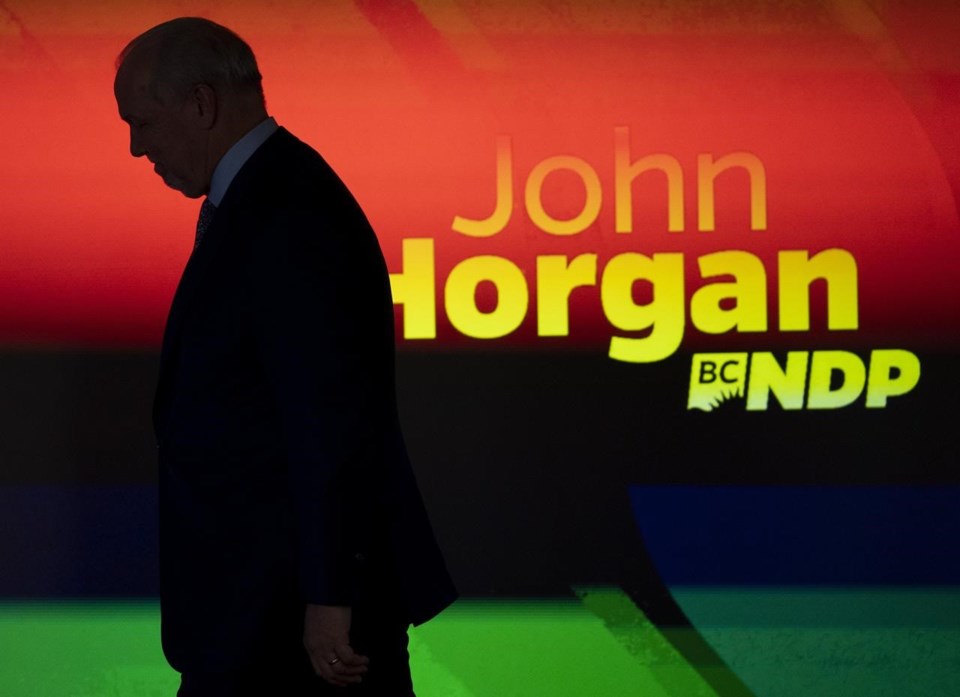 By Brenna Owen, The Canadian Press

VANCOUVER — John Horgan says there are still hundreds of thousands of mail-in ballots yet to be counted following Saturday's election, but one thing is certain: he's headed back to the premier's office on Monday.

"We're going to be putting people, businesses and others who are focused on getting through the pandemic at the front of everything that we do," the NDP leader told a handful of people at a party event where attendance was limited due to public health restrictions.

Horgan took the risk of calling the snap election in the midst of the COVID-19 pandemic to gain a majority government after working with the Greens in a minority for the past 3 1/2 years.

The final results of the election won't be known until at least Nov. 16, after Elections BC staff have screened and counted an unprecedented number of mail-in ballots.

But Saturday's ballots were enough for the NDP to clinch a strong majority government as the party's candidates were elected in 53 of 87 ridings, compared with the Liberals' 27 and the Green party's three. Four seats were undeclared.

The New Democrats campaigned hard on health care, including a pledge to spend $44 million on hiring and training 7,000 new front-line workers for assisted-living and long-term care homes.

The party also laid out a 10-year plan to expand cancer treatment options across B.C. and a promise to expand primary care networks.

The New Democrats pledged to deliver one-time pandemic-relief payments to families and single people, as well as a rent freeze until the end of next year.

“We are far from out of the woods. COVID-19 will be with us for the foreseeable future,” said Horgan.

“I commit to all British Columbians that for the next four years, I will do my level best to make sure your lives are better, more affordable, and the challenges that you face can be overcome if we do it together.”

The NDP won key battlegrounds including both ridings in Maple Ridge, as well as Vancouver False-Creek, where former Vancouver mayor Sam Sullivan, a Liberal, lost his seat.

Former federal members of Parliament Finn Donnelly, Murray Rankin and Nathan Cullen have also been elected for the New Democrats.

Horgan said he wants to ensure that government works for the province's people.

“That is my passion. That is my calling" said Horgan.

“I’m grateful for the returns of ballots tonight and the final count that’s yet to come to give the opportunity to me and my colleagues to continue that work on your behalf.”

This report by The Canadian Press was first published Oct. 24, 2020.

This story was produced with the financial assistance of the Facebook and Canadian Press News Fellowship.

British Columbia votes in snap election called during COVID-19 pandemic
Oct 24, 2020 10:38 AM
Comments
We welcome your feedback and encourage you to share your thoughts. We ask that you be respectful of others and their points of view, refrain from personal attacks and stay on topic. To learn about our commenting policies and how we moderate, please read our Community Guidelines.