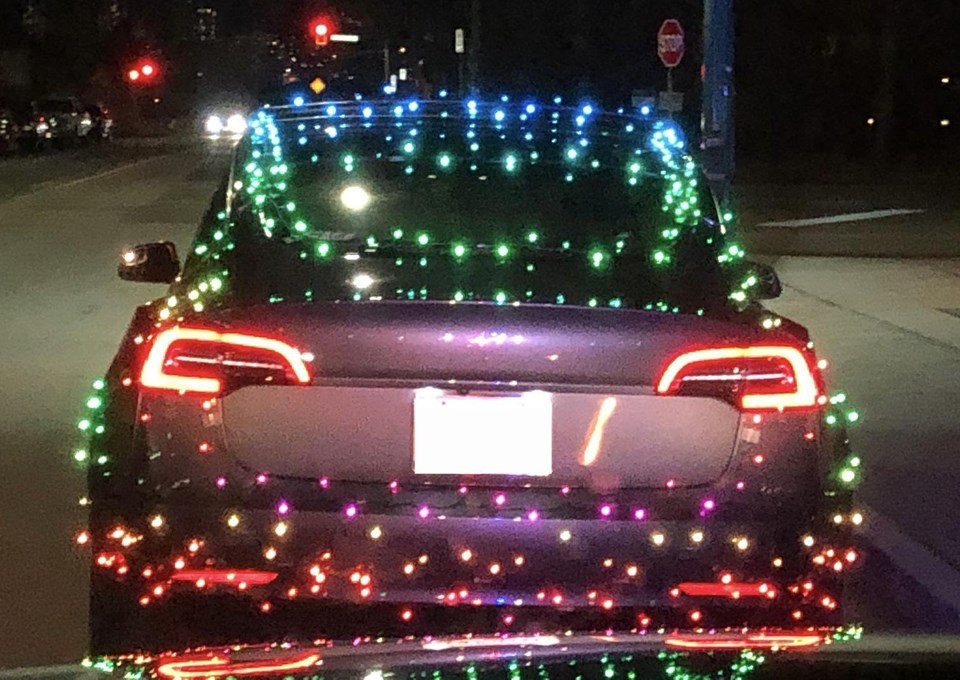 The driver of this Tesla was fined $81 for driving with his car covered in Christmas lights.

A Burnaby driver caught driving in Metrotown with Christmas lights duct-taped to his Telsa this week has been slapped with an $81 fine and given three days to get rid of the distracting decorations.

A Burnaby RCMP traffic officer was patrolling in Metrotown Tuesday night when she noticed a Tesla going by covered in lights that were changing colour, according to media spokesperson Cpl. Mike Kalanj.

The officer pulled the vehicle over, and the driver, a man in his 30s, was issued a ticket under section 4.02 (1) of the Motor Vehicle Act regulations – unauthorized lamp.

He was also given three days to remove the lights, Kalanj said.

A Burnaby RCMP Twitter post about the incident drew both praise and criticism online, with some saying the driver should have been let off with a warning and others calling the traffic officer a Grinch.

But Kalanj said the lights were a safety hazard that had to be dealt with.

“We've seen an increase in collisions lately,” he told the NOW. “The officer that wrote this ticket has attended and dealt with many accidents, large and small. I trust their judgment. As unpopular as it might be to some, this was about road safety.”