Turnout in the Oct. 24 election was the lowest participation rate in more than 90 years, according to Elections B.C. stats - even counting the mail-in ballots.
Oct 26, 2020 2:15 PM By: Canadian Press 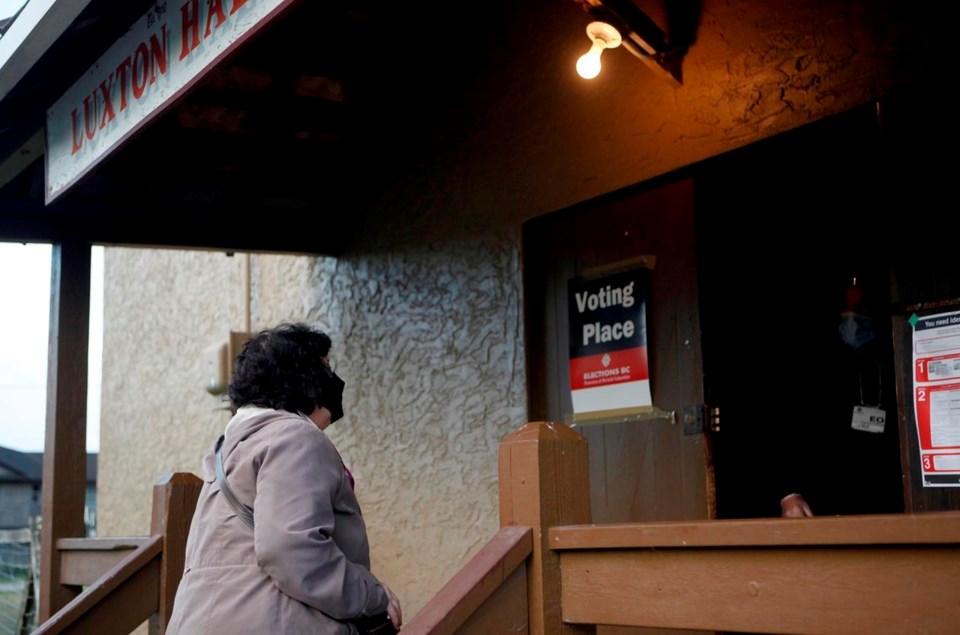 A woman arrives to cast her vote during the advance polls for the provincial election in Langford, B.C., Monday, Oct. 19, 2020. THE CANADIAN PRESS/Chad Hipolito

VICTORIA — Voter turnout in the British Columbia election dropped to just 52.4 per cent, the lowest participation rate in more than 90 years.

Statistics from Elections BC going back to 1928 show the second-lowest voter turnout was 55.14 per cent during the 2009 election.

The elections agency says in a statement the calculation this year includes ballots cast in advanced polls and on election day, as well as estimates of the numbers of absentee and mail-in ballots returned.

It says fewer people voted on election day than those who voted in advanced polls.

While there were more than 700,000 requests for vote-by-mail packages, about 525,000 people returned those ballots in time to be counted.

Elections BC won't be counting the mail-in ballots for several weeks, although the outcome of Saturday's election that delivered the NDP a majority government is not expected to change.

This report by The Canadian Press was first published Oct. 26, 2020