Local improv group The Fictionals have just released the super local Cards Against Vancouver expansion pack--and it's free!
Dec 8, 2017 10:24 AM By: Lindsay William-Ross

Vancouver improv troupe The Fictionals have been doing an improvised stage show inspired by the popular game Cards Against Humanity since 2012.

Now they've just released the super local Cards Against Vancouver expansion pack, inspired by the city, and the art of laughing at ourselves a bit.

“We’ve been performing Improv Against Humanity since 2012, and at each show, we had audience members come up to us with their own interesting card ideas,” said Fictionals co-founder Daniel Chai.

“Many of them were about life here in Vancouver, like riding the 99 B-Line or swimming at Wreck Beach. So we decided to put together the best ideas into a tribute deck.” 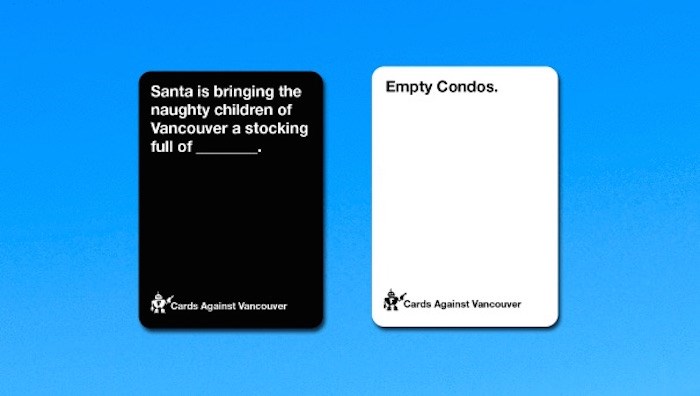 The unofficial expansion pack features over 125 cards that honour and rib life in Vancouver, including nods to anything from Ryan Reynolds to the SeaBus.

Much like how getting this deck made was in the DIY spirit, game lovers will just have to download the free PDFs to print and play at home.

The Fictionals were able to create the expansion pack to provide for free because the licensing for Cards Against Humanity allows remixes, but stipulates they can't be sold. 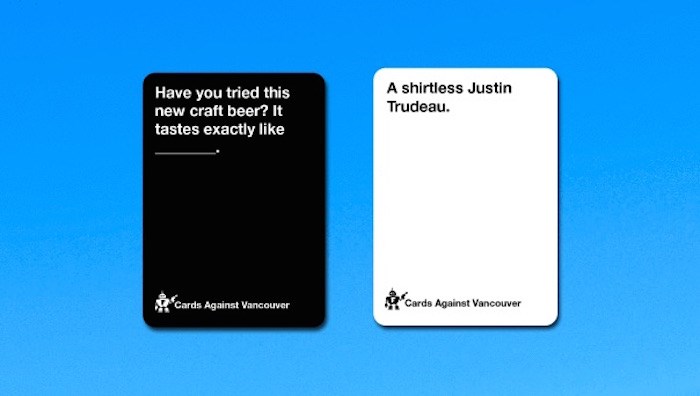 If you want to celebrate the deck with its creators, their Improv Against Humanity show on Wednesday, December 20 at 8 pm at the Rio Theatre will serve as the official Cards Against Vancouver launch. Join them!