Early data and interviews with store operators suggest a considerable number of Canadians are lighting up for the first time since cannabis was made legal nationwide in October 2018.
Apr 14, 2019 9:19 AM By: The Canadian Press

VANCOUVER — Cindi Phelps never imagined herself running a pot shop. She smoked weed as a teenager, but as an adult she says she became "cranky" about cannabis, endlessly lecturing her kids and judging everyone who touched the stuff.

It was only when she neared 50 that she realized marijuana could soothe her pain from a chronic health issue. Now that she manages the Tamarack Cannabis Boutique in Kimberley, B.C., Phelps can relate to customers who are nervous about trying pot for the first time in decades — or ever. 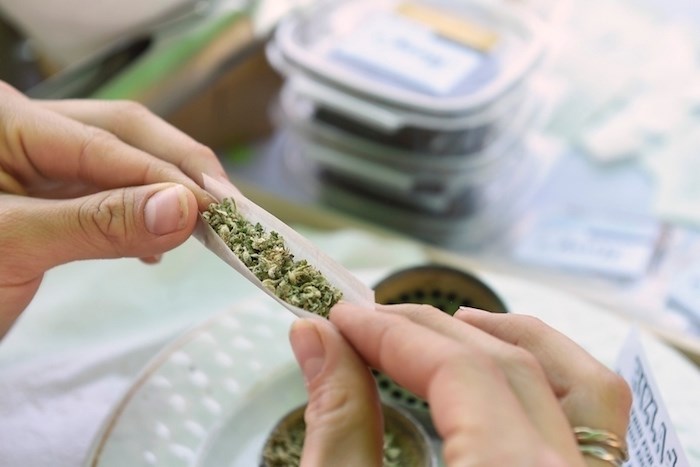 About 15 to 20 per cent of her customers fall into this category, and most are baby boomers, she said.

"They had their kids. They had their family. Now they're retired and they'd like to try it again," she said. "It's legal, they don't feel they're going to get arrested for it."

When Canada legalized weed on Oct. 17, 2018, it wasn't clear how it would affect the stigma around cannabis or the habits of non-marijuana users. Six months later, early data and interviews with store operators suggest a considerable number of Canadians are lighting up for the first time.

Nearly 14 per cent of cannabis users surveyed by Statistics Canada from mid-November to mid-December had just begun using weed within the previous three months. The period they were asked about includes time before and after legalization, but the percentage of new users jumped noticeably compared with previous quarters, when they ranged from 4.7 to 7.8 per cent.

The agency found that new users spanned all age groups. However, use among people aged 24 to 35 declined slightly in the months as legalization was unfolding, while it grew among all age categories above 35.

Legalization has drawn a whole new segment of people who prefer to use legal cannabis and are willing to pay more for it, said Jennifer Lee, the lead partner managing the cannabis sector for consulting firm Deloitte.

"Government oversight does bring a whole new cohort to the market," she said. "They could have tried it on the black market. They just chose not to, because they wanted to know it was a safe product."

Generally, she said her research has shown that people over 55 are most enticed by this market, because they dabbled in marijuana years ago and can afford to pay more for legal weed.

People with no cannabis experience often ask for cannabidiol, also known as CBD, a non-psychoactive extract that is used to treat pain and anxiety, said Mike Babins, owner of Evergreen Cannabis in Vancouver.

"They come in here saying, 'I have no desire to get high. I just want CBD,' " Babins said. "And we say, 'Why? What's so wrong with being high? Do you think it's like all those old propaganda movies and you're going to think you're a bird and you're going to jump out the window with all the pretty colours and your family will find you dead on the front lawn?' "

Sometimes people still want to stick with CBD, but for those who are willing to try cannabis containing THC, the mind-altering ingredient, staff guide them toward lower-dose products and advise them to start slow and enjoy their experience, he said.

Customers have said they've been waiting for it to be legal and they're tired of drinking too much alcohol at night, Babins said.

"They have a whole bottle of wine after dinner instead of a glass of wine with dinner," he said. "A lot are just saying, 'I have too much stress and I've been dealing with it the wrong way.' "

Many first-timers or first-time-in-a-long-timers wind up becoming repeat customers, Babins and other store owners said.

Statistics Canada data also indicates former users are considering picking up the habit again. The most recent survey found 19 per cent of Canadians think they will use cannabis in the next three months, compared with the 15 per cent who are current users.

Former users were more likely to report that they will use than people who had never used — 13 per cent compared with 2 per cent.

Krystian Wetulani, founder of City Cannabis Co., said his two licensed locations in Vancouver have seen a huge uptick in customers aged 45 to 65 since they started selling legal cannabis.

People in this age group seem to feel more comfortable now because they know the cannabis is tested to meet Health Canada standards, he said, and they don't have to sign their name to anything, such as a medical-dispensary membership card.

As for those who haven't used cannabis for decades, they're surprised by how much variety there is now, he said.

"There is a lot of education," he said.