TORONTO — Video games have long been a form of escapism from the banalities of life, often by giving players the chance to act as outsized characters tasked with performing improbable acts of heroism.
0
Mar 19, 2020 4:00 AM By: Canadian Press 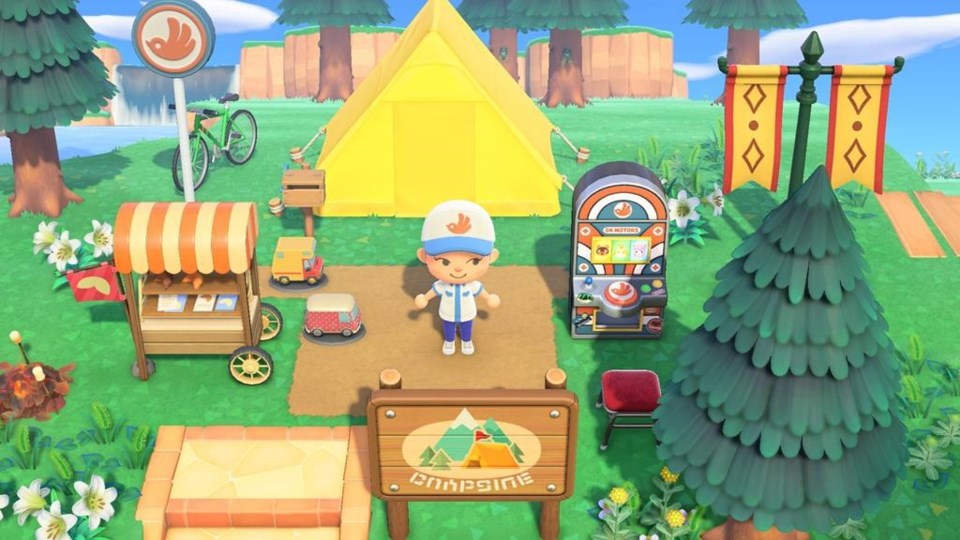 TORONTO — Video games have long been a form of escapism from the banalities of life, often by giving players the chance to act as outsized characters tasked with performing improbable acts of heroism.

However, that escape doesn't necessarily have to involve slaying of a dragon or repelling an alien invasion. For some gamers, it's enough to be offered a world to toil away in on their terms, as hit titles like farming simulator "Stardew Valley" or the hugely popular "Minecraft" have proven.

One of the latest titles to test the theory that virtual work can translate into gaming fun is "Animal Crossing: New Horizons," out this week for the Nintendo Switch. It's the newest instalment of Nintendo's enduring "Animal Crossing" series, which made its debut on the Nintendo 64 console in 2001.

"Animal Crossing: New Horizons" tasks players with turning a deserted island into a thriving community for themselves and their neighbours, made up of a crew of good-natured anthropomorphic animals.

Players start out on the island after accepting a vacation package from a raccoon named Tom Nook, a recurring character in the franchise. Once there, Tom puts players to work gathering resources to develop a new home.

Players start out with a tent, a cot and a few flimsy tools before being unleashed into the wild. Through tasks including fishing, collecting insects harvesting wood and mining, players slowly mould the island into whatever image they see fit. There are no severe penalties for one's design choices, allowing players to get creative.

Anything that can be harvested, from seashells to coconuts, can be sold at the local shop, which earns the player "bells," the island's primary currency. Bells can be used to buy new outfits (the clothing options are delightfully eclectic), items to spruce up the island or furniture for the player's home.

Players earn a second form of currency called "nook miles" by reaching certain milestones, such as catching a certain number of insects or cutting down a set number of trees. These can be redeemed for a variety of goods, perhaps none more valuable than airline tickets to other islands. These trips abroad allow players to go on a harvesting spree for materials needed to meet objectives, craft items or simply to sell. Items that are not native to the player's home island can be sold for a very tidy profit.

As the player builds up the island, new neighbours and businesses will eventually relocate to turn the island into a thriving community. Players can also get decorative ideas from their friends by visiting their islands online. Players also learn how to build and customize their own tools, furniture and landmarks as the game progresses.

While there is a great deal of freedom in "Animal Crossing: New Horizons," there are also progression gates to ensure players can't rush through the experience too quickly. For example, the time in the game is synched to the player's real time. There are a few occasions in the game where players will be tasked with gathering resources for a project — building a house or bridge, for example. After the player completes the duty, the results are not usually seen until the next day.

Additionally, some early tasks such as improving the local store require a great deal of resources, some of which are not necessarily plentiful on the player's home island. This requires saving up enough "nook miles" with several gathering excursions to neighbouring islands.

These barriers could seem frustrating to those wanting to get a lot done in one play session, but the pacing actually is well suited to the casual nature of "Animal Crossing: New Horizons." The game does reward players for trying to play on a daily basis, but even a five-minute check-in will uncover some kind of reward. There is no sense of winning or losing, so players are free to put as much effort as they want.

"Animal Crossing: New Horizons" requires a certain amount of self-starting enterprise in order to get the most out of the game, but those with an industrious nature may find the gradually rewarding gameplay and amount of creative freedom well worth their time.

"Animal Crossing: New Horizons" is rated E, suitable for all gamers, and retails for around $80.

This report by The Canadian Press was first published March 18, 2020.

Comments
We welcome your feedback and encourage you to share your thoughts on this story. We ask that you be respectful of others and their points of view, refrain from personal attacks and stay on topic. To learn about our commenting policies and how we moderate, please read our Community Guidelines.