Some of the stolen credit cards that were seized Three people are now facing a combined 58 charges in relation to alleged stolen property and identity theft activities based out of a house in Tsawwassen.
V.I.A. Mar 11, 2018 11:24 AM 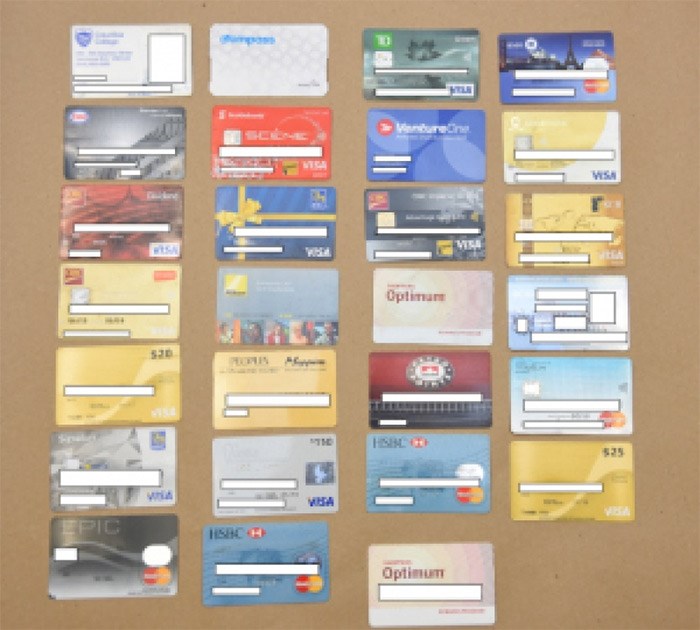 Some of the stolen credit cards that were seized

Three people are now facing a combined 58 charges in relation to alleged stolen property and identity theft activities based out of a house in Tsawwassen.

Community concerns about activities in a house on English Bluff Road, combined with a timely vehicle stop, launched an investigation by Delta police in May of 2017.

By November 2017, the Patrol Support Team, which is a team that acts as a support to front line officers, had taken conduct of the investigation. By late December the team executed a search warrant on the house on English Bluff Road, and located a number of stolen items, including high end mountain bikes and construction tools, along with a fraudulent credit card making operation, including card readers and a credit card embossing machine.

“Our officers were able to return several items to their rightful owners,” said Cris Leykauf, public affairs coordinator for Delta police. “Officers also contacted several credit card holders as well, whose property was found in the house, and confirmed that many of the cards had previously been stolen out of vehicles, from throughout the Lower Mainland.”

Regarding the stolen bikes, many were disassembled and then reassembled using different parts, likely in an attempt to make the bikes more difficult to be identified.

- Zackery Tanner, 29, of Richmond, is facing 24 charges. He has since been released on a number of conditions, pending his next court appearance.

- Jeannette Gibbon, 47, of Surrey, is facing 15 charges. She has since been released on a number of conditions, pending her next court appearance.

- Kimberly Markland, 42, of Delta, is facing 19 charges, and is being held in custody, pending her next court appearance.

“Our officers want to pass along their thanks to the concerned community residents who took the time to call in and describe suspicious activities to police officers,” said Leykauf. “Theft from auto is one of the top crimes impacting people in Tsawwassen. We’re pleased to have shut down what was apparently quite an active theft and identity theft ring.”