This new book is 'Fire and Fury' for B.C. and if you vote you need to read it

A Matter of Confidence by Richard Zussman and Rob Shaw offers unrivalled insight into the current B.C. Government’s state of affairs B.C. 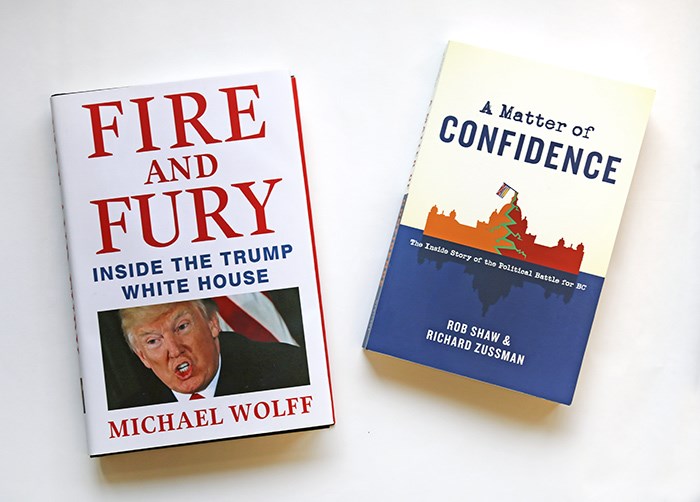 A Matter of Confidence by Richard Zussman and Rob Shaw offers unrivalled insight into the current B.C. Government’s state of affairs

B.C.'s media and #bcpoli nerds alike (two groups which often overlap) have been going apeshit over the past few weeks. Since the release of A Matter of Confidence we've been devouring our copies and tweeting out praise and mini reviews, cheering as we've seen its rise. I have yet to see anyone publicly say anything bad about it, and if its current position as number 1 on the B.C. Bestsellers List isn't enough to convince you to go out and get it I would like to offer this review as a nudge.

This is the book that former CBC legislative reporter Richard Zussman got fired from CBC for co-authoring with Rob Shaw from the Vancouver Sun. While the story behind his firing might not be as juicy as you'd imagine (what we know is that he just didn't get the proper permissions from CBC), the details within it are worth writing home about. Your eyebrows are in for a serious workout. Prepare them.

The first 169 pages are dedicated to painting a detailed picture of the rise and fall of Christy Clark. Pages 170 to 328 take us from the day John Horgan begrudgingly decided to run for the leadership of the B.C. NDP all the way to the day he was sworn in as the current premier of our province. A healthy dose of Weaver is woven in throughout.

If you voted in the 2017 election you'll remember the gruelling span of time that elapsed between voting day and us knowing who was going to rule the government. In this title you'll not only be reminded of those eons but relive them, and this time you'll learn everything you wanted to know about what was happening as you sat wondering. You'll sit in on conversations between Horgan and Weaver. You'll drink wine multiple times with Clark as she chatted it up with the Lieutenant Governor, Judith Guichon; one of those visits which involved OJ-Simpson-Bronco-style coverage on live television.

In these pages are offered the best depiction of what actually happened in this province over 8 years that we'll ever read. Much like Michael Wolff's Fire and Fury about the first days of the Trump administration, you're a fly on the wall in many conversations and decisions you may have wondered about, and ones you didn't even know happened, leading up to the GreeNDP's first day in office.

And I'm not saying that politicians are full of shit... but... okay, politicians are often full of shit. I imagine a great deal of the art in writing A Matter of Confidence was extracting and digesting what dozens of them had to say, then distilling all of that to settle on what the ultimate truth is. All three leaders (Clark, Horgan and Weaver) were interviewed, many MLAs and party faithful on all sides; more than 70 people in total. Every one of those political characters has their own interests in mind when going on - or off - the record to discuss the failings and virtues of their parties and their friends from May 2009 until late summer of 2017. Shaw and Zussman not only did an incredible job of cutting through the bullshit and getting to the truth, but presenting all of it an engaging manner for all of us to learn from.

A Matter of Confidence is necessary reading for British Columbians in 2018. Buy it now. 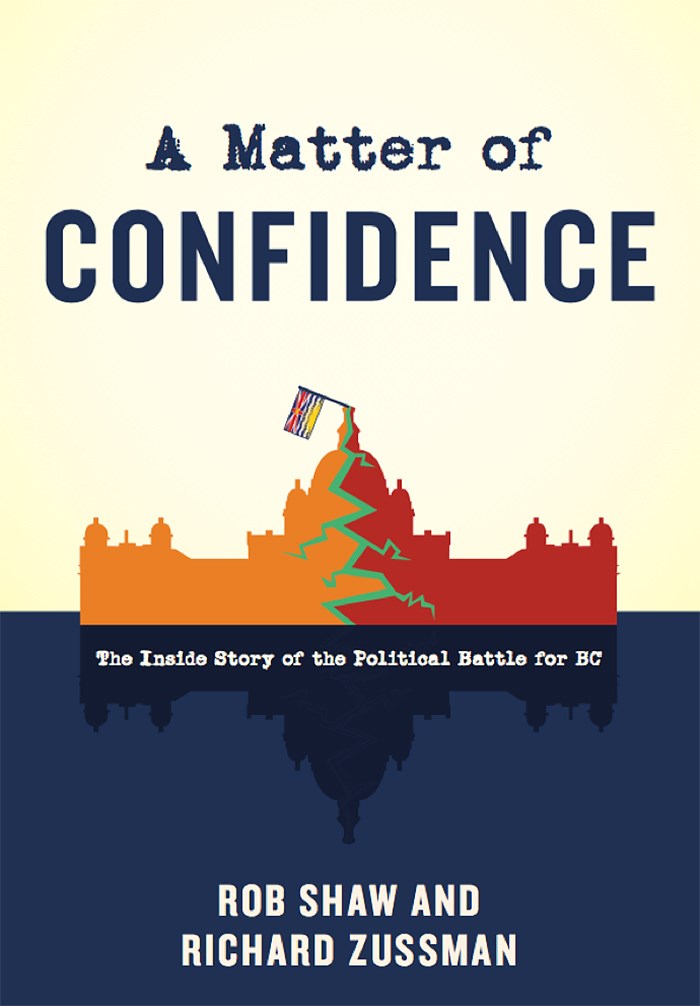