As Metro Vancouver continues its fine particulate matter advisory for the seventh day in a row, health officials warn locals to reduce their exposure to smoke and seek cleaner air.

The advisory has been in effect since Sept. 8 for Metro Vancouver and the Fraser Valley Regional District due to wildfire smoke from outside the region. Wildfire smoke from fires in Washington and Oregon has moved northward into the region and is forecast to impact air quality today and into the week.

Here in Vancouver, things are not looking good. According to the app, locals will smoke a staggering 8.3 cigarettes merely by breathing the air outside. 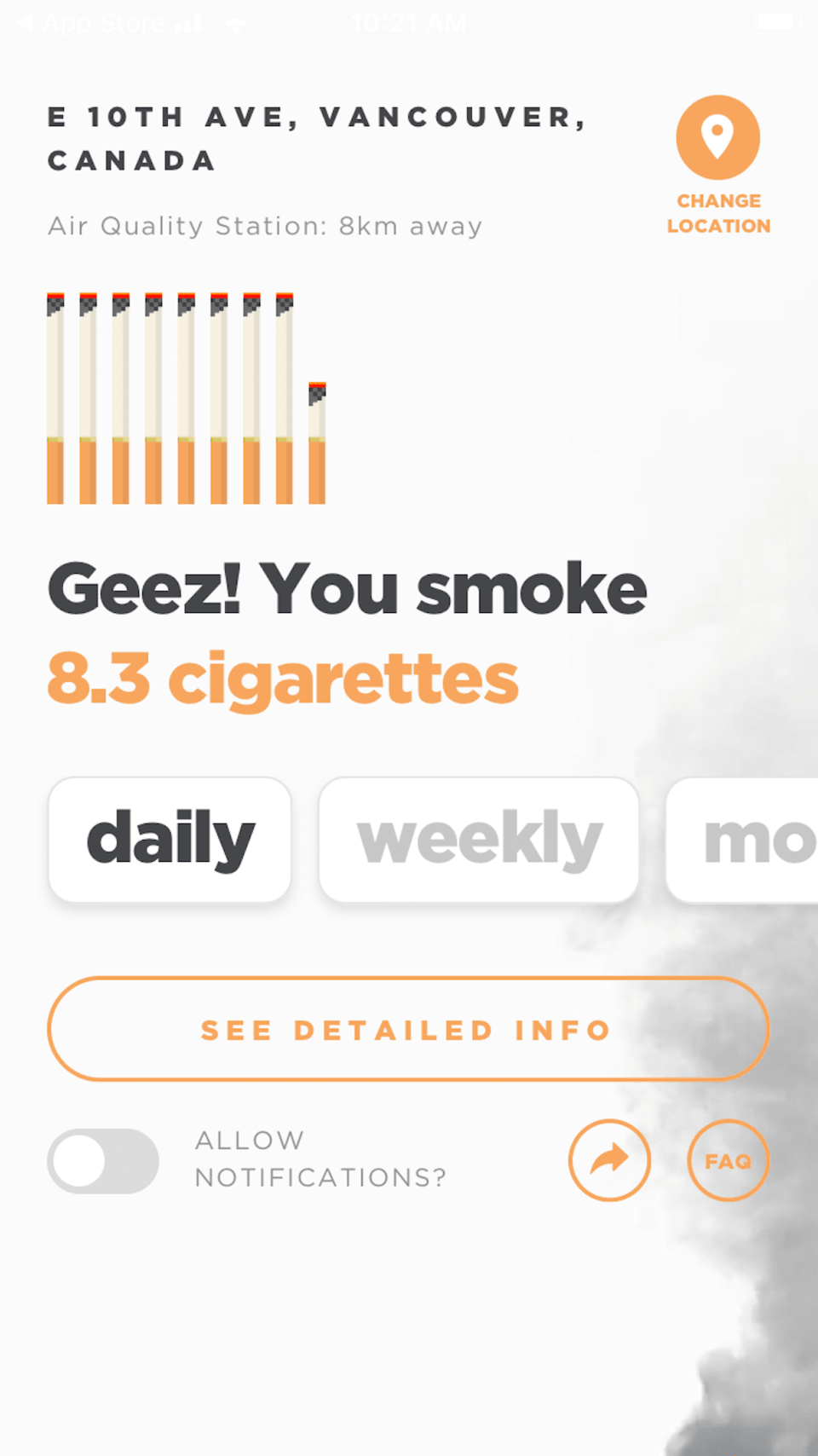 Of course, things could always be worse. In Medford, Jackson County, where the New York Times says firefighters continue to battle the South Obenchain Fire, "which had already burned 30,500 acres, most of it wilderness, and destroyed 26 homes," the air quality is equivalent to smoking a whopping 11.4 cigarettes daily. 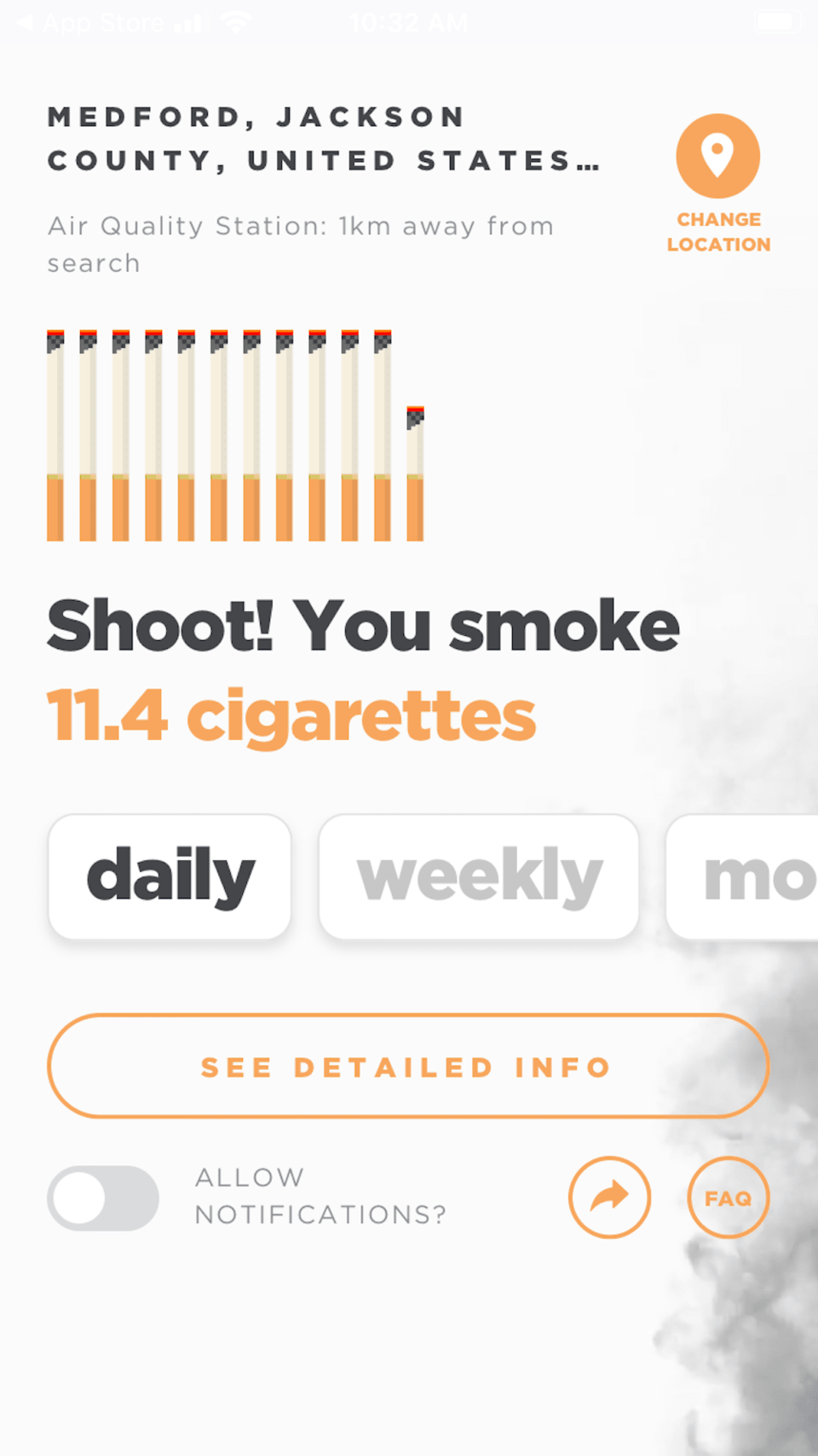 The app, created by Brazilian-born designer Marcelo Coelho and Paris-born app developer Amaury Martiny, was inspired by Berkely Earth's findings about the equivalence between air pollution and cigarette smoking. According to the data, one cigarette per day (24 hr) is the rough equivalent of a PM2.5 level  of 22ug/m3.

The creators admit note that there have been a few surprising results in the data, such as large cities with better air quality than small villages, or stations in the same towns showing significantly different numbers. However, they say that air quality depends on myriad factors - temperature, pressure, wind, etc  - that may alter the data. In such instances, users should consult other resources, such as the World Air Quality Index and OpenAQ for more information.